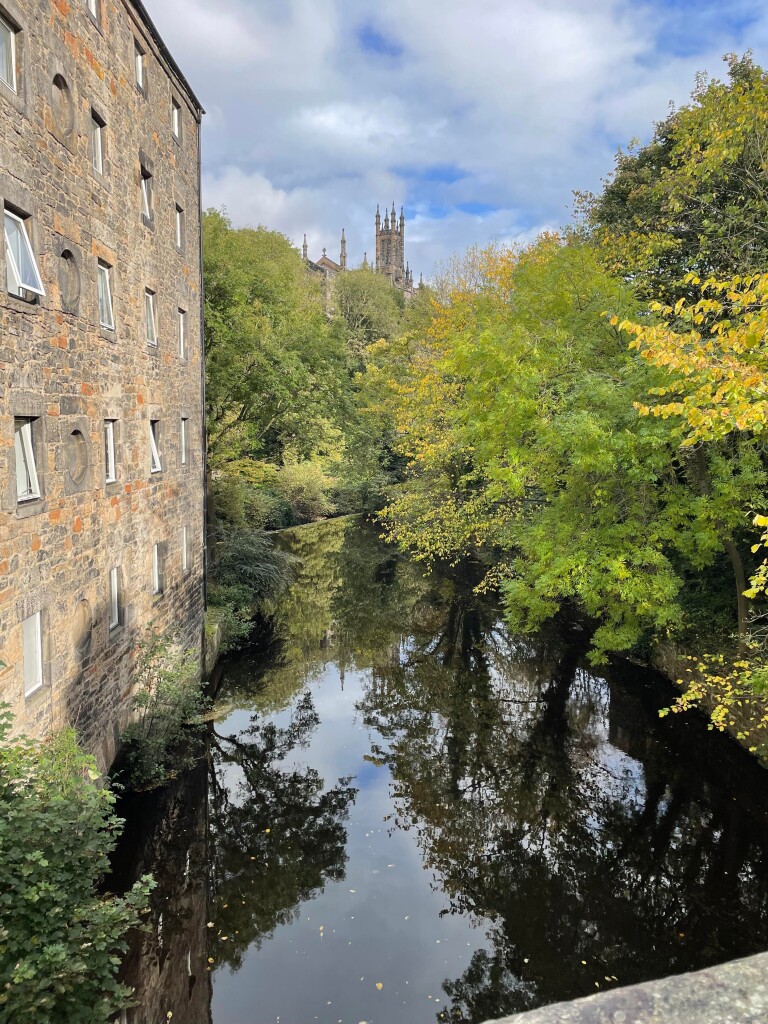 Ah Scotland. I’ve made no secret of how much I love it and I was really, really starting to miss it.

Time to hop on a train to Edinburgh! My parents and I decided to pop up to the city to the weekend for a bit of an explore. We did a lot of walking this time round so if you are after an active itinerary for a trip, this one is for you. You may want to check out some of my previous posts for leisurely trips, tourist spots and other recommendations. 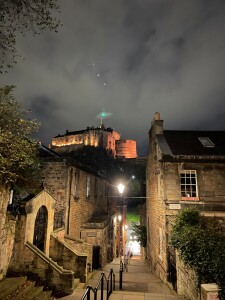 We took the train up after work on a Friday, arriving quite late! As such, all we did on the Friday was check in to our hotel, go for a wander and snap a few pictures of the castle looking beautiful. Oh and enjoyed a delicious hot chocolate in Grassmarket!

Then, it was time to go back to our rooms and sleep ahead of an early start on Saturday morning.

Why an early start? Because we had had the bonkers idea to climb up Arthur’s Seat for sunrise. Armed with a takeaway coffee, we hiked up in time to see the city just waking up. We were a little later than planned (I blame Starbuck’s) but it was still a beautiful sight to see. It’s also a far easier walk than I ever realised and definitely doable. Plus, the views are well worth it.

Fair warning, it was getting busy as we were leaving and only got busier as the day went on – from the look of things – so if you want to enjoy the views in peace, it might be worth getting up early too. 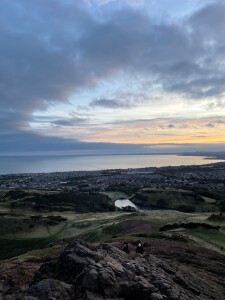 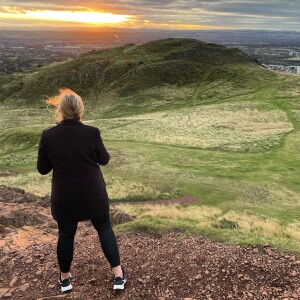 After starting the day with a walk, we were definitely ready for some food. We walked down by the parliament and back up to the Royal Mile to find breakfast and settled on a Scottish Breakfast from the Little Larder. It’s a tiny venue (the clue is in the name, Kelly) but the food was lovely. 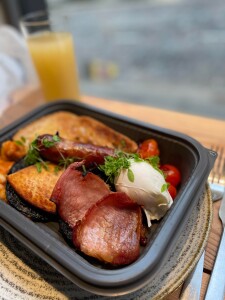 Fed, we head back to the hotel to shower and change for the next adventure: figuring out the buses!

We were hoping to explore the foodie scene in Leith so set out to do just that. I have to say, the buses were a lot easier than I had thought and far cheaper too. We may have had to sprint for the number 35 in the end but it was well worth it when we got to Leith. Getting off a little earlier than anticipated, we wondered along by the water and to a food market. It was well worth a mooch and a little quieter than the mayhem of a Saturday on Princes Street.

Plus, Mimi’s Bakehouse had the best blondie that I have EVER have.

If that wasn’t enough walking, we then decided to head over to Newhaven for one of the best seafood meals I’ve had in a long time. I’m going to be a tease about that though – you’ll have to check out my upcoming blog posts for the details on that…

After a very filling meal, we got the bus part of the way back and decided to stop off at Calton Hill where we took in some more cracking views. See for yourself! 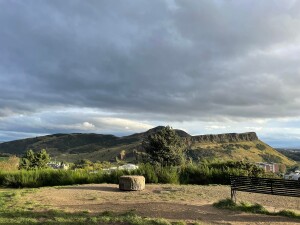 We also found the time to pop in to the cemetery nearby, which was absolutely fascinating and had lots of snippets of local history displayed. 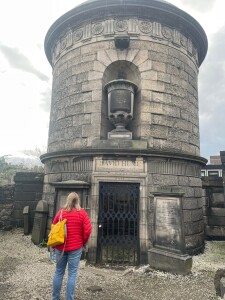 A lot  of steps later, we popped back to the hotel room to recharge ahead of cocktails. At this point, I’d switched my blogger head off but two personal recommendations: The Dragonfly and The Devil’s Advocate! 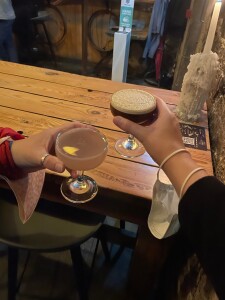 We decided to have an easier day on the Sunday so headed out for a great brunch (details to follow on that too – trust me, it deserves its own post) and a spot of shopping. Of course, I popped into Topping & Co and bought a book or two. I might have bribed my parents for a quick trip to the big Primark too…

Then, we decided to go for a wander and I stumbled back to a little riverside walk my friend showed me on my last visit. It’s a beautiful moment of calm in amongst the city and well worth a stroll along if you have the time. 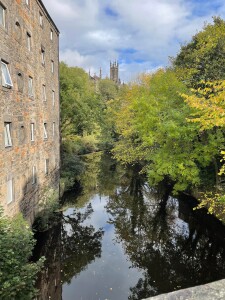 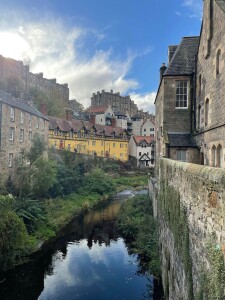 At this point, the sun was shining and the skies were blue. It was the perfect reminder of why I love this city so much! 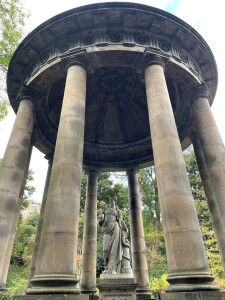 If you choose to mooch through the trees, keep your eyes open for this temple by the edge of the water. It is one of my favourite hidden gems in Edinburgh, although it did seem more popular than the last time I was there. As a former classics students, I love seeing structures like this!

All too soon, it was time to grab a late lunch and get our bags from the hotel. Then, we had to get ready for the train – coffees in hand, of course – and prepare to go home. It was sad to leave after such a lovely weekend but I hope it won’t be long before my next trip up to Scotland.

Until then, you’ll find me staring at the many, many pictures that I took in just 48 hours!

I hope you found this round up useful and well done if you made it to the end. Don’t forget to keep your eyes peeled over the next few weeks for two food reviews from our trip and a book review from my shopping trip to Topping & Co…