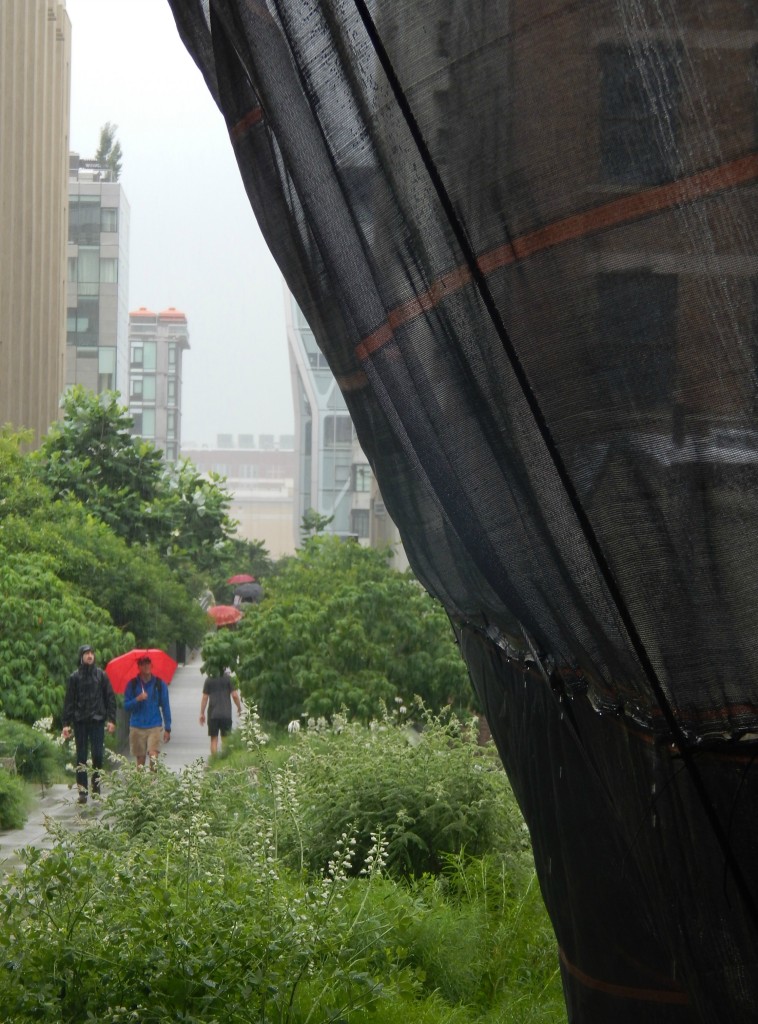 Today is a sad day as it is time to tell you all about our last day in New York. 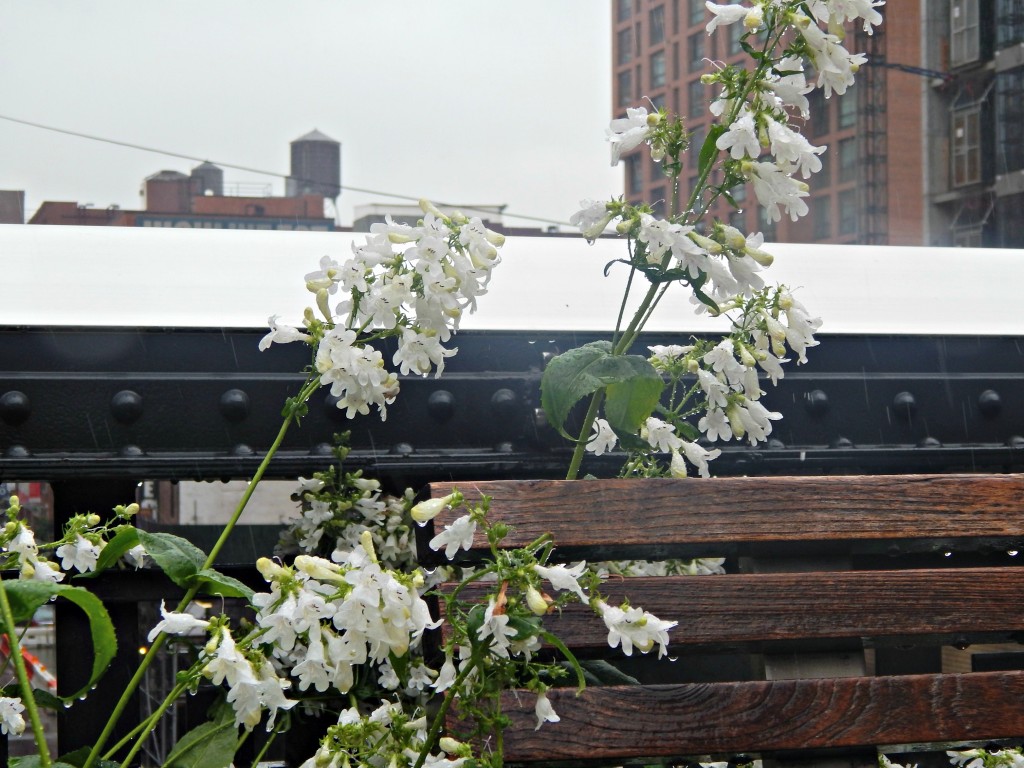 Since we had to check out in the morning but we didn’t need to be at the airport until about half seven, we still had some time to explore. I suggested we headed in the opposite direction to find the High Line in Chelsea. It was beautiful , and, like with Central Park, I loved finding a little bit of greenery in the middle of the city. There is just something about the way the flowers, artwork and tall buildings look together that makes me happy. 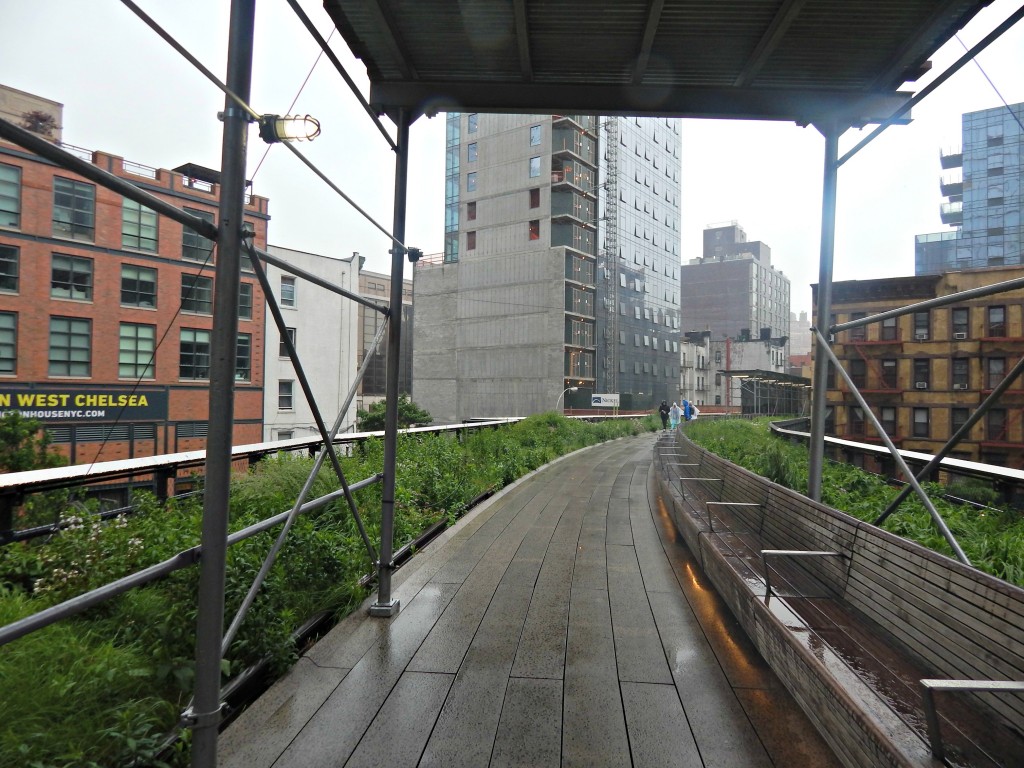 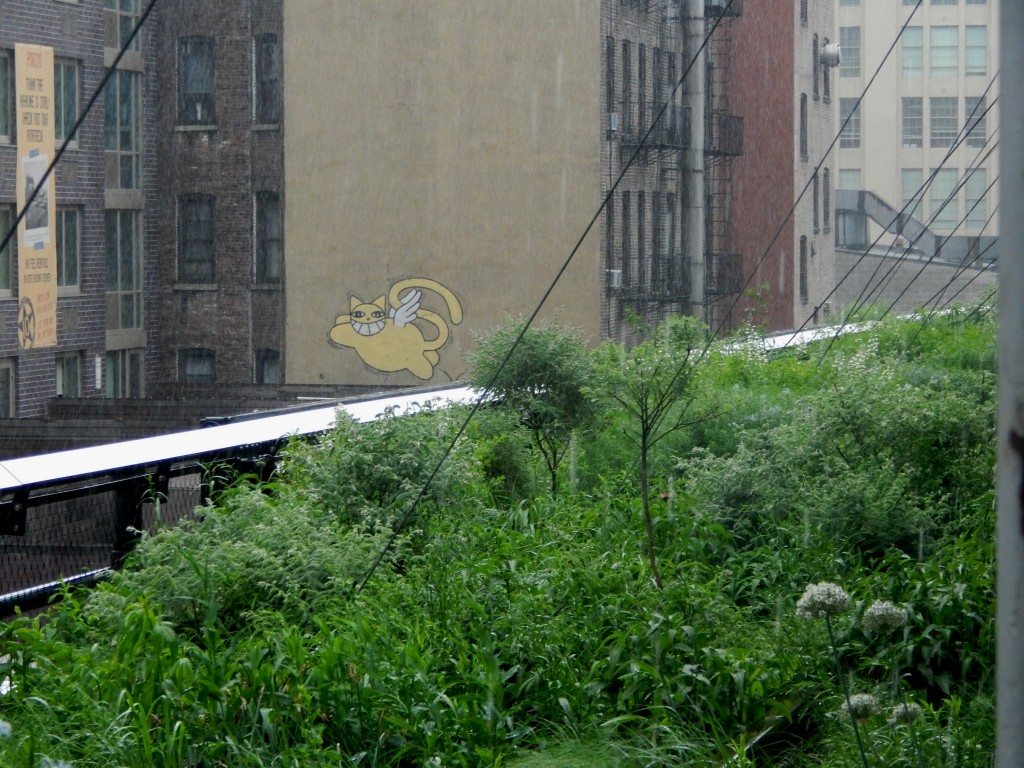 Unfortunately, our moment of bliss was interrupted as it was pouring down. It had been raining on and off as we made our way over (we had even had to seek shelter in a coffee shop at one point) but this was something else. We were drenched and had no choice but to climb down to street level. After realising that the downpour wasn’t going to abate any time soon, we popped into the first bar we found. Inside, we tried to dry off in the bathrooms and warmed up with coffee for me and whisky for April. We happily spent a little while in there, chatting away and trying to ignore how soggy we were!

When it looked like the weather had calmed down, we reemerged for a wander around the streets, stopping for some pretty terrible Mexican food and heading back towards the hotel. 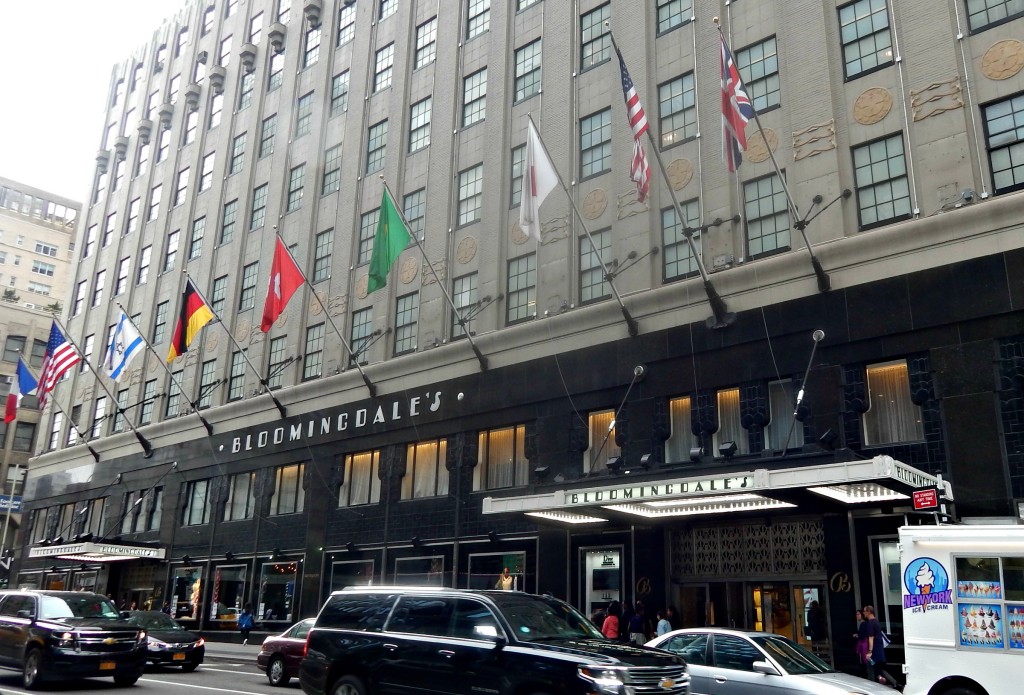 We plotted our way over to Bloomingdales, where we took a quick look around some of the counters. In the end, the only thing we ended up buying were some cupcakes from Magnolia Bakery which were pretty tasty.

In the end, we ended up heading to the airport a little earlier than we expected so that we could check in, get through security and then have some dinner. We found a ‘beach bar and grill’ named Sammy’s where we tucked into some mahoosive salads. We were chatting away when we realised that our flight had been delayed. Unfortunately, the time just kept getting pushed back as our plane was stuck in Boston. In the end, it was four hours late and , instead of landing at ten am, we touched down at half one. It meant that we had missed our train back so had no choice but to buy new ones at Kings Cross,which made for a very expensive end to our holiday.

Our adventures in New York remain untarnished however, partly because all the staff, both at British Airways and Virgin Trains, were so helpful and apologetic. It just meant that we were very, very happy and more than a little tired when we finally made it back to Darlington on Monday night!

Let’s hope the next adventure ends  a little more smoothly though!