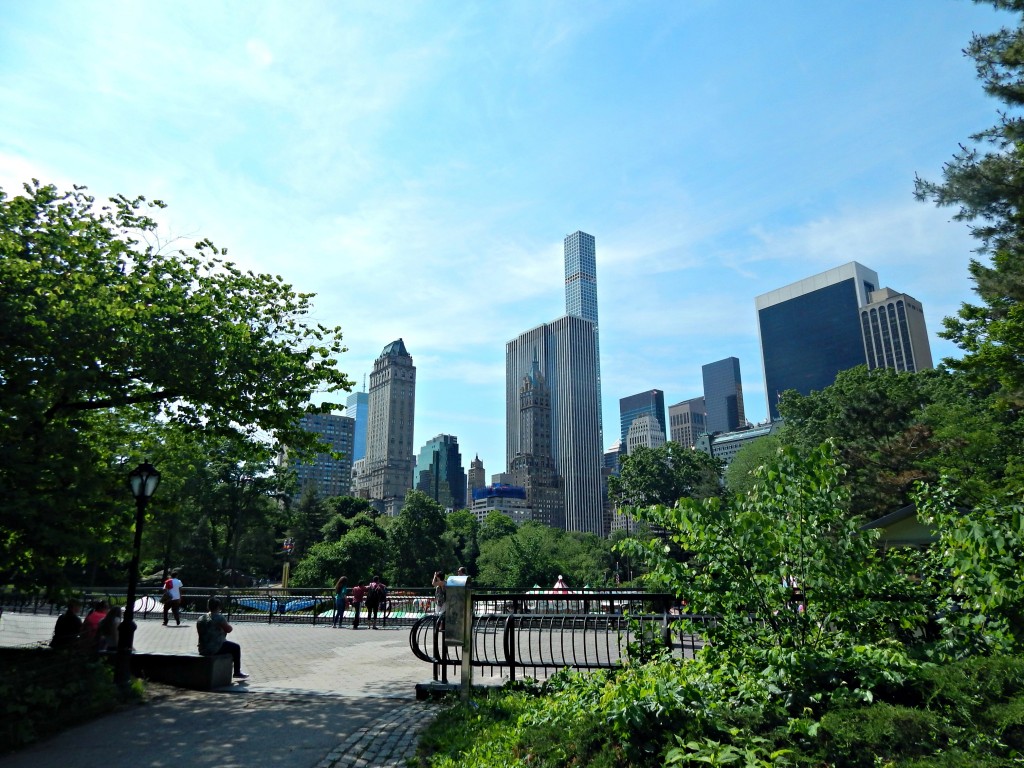 A new post on a Monday? Have you gone crazy Kelly? Nope I am just so excited to share all our adventures from New York with you all that there will be new posts on This Northern Gal every day this week. That’s right, Monday to Friday I will be sharing snaps from our trip everyday at 9am. Are you excited yet? I’m excited. And let me tell you, it was no easy task narrowing down the gazillion photos from our holiday!

We arrived pretty late on the Tuesday night, which meant that our first look at New York was of the dazzling lights  and amazing skyline. We gasped as our taxi wound its way through the streets, our faces pressed against the window.

At long last, we found ourselves in our hotel, which far surpassed all our expectations. Although the decor was a little dated (thanks for the heads up TripAdvisor), the facilities themselves were amazing and the staff were so helpful. With clean rooms, comfy beds, a gym, restaurant and a rooftop pool and bar, it was the perfect base for five nights in New York. It was the Holiday Inn on 57th, if you are curious, and it is somewhere I would definitely stay again! 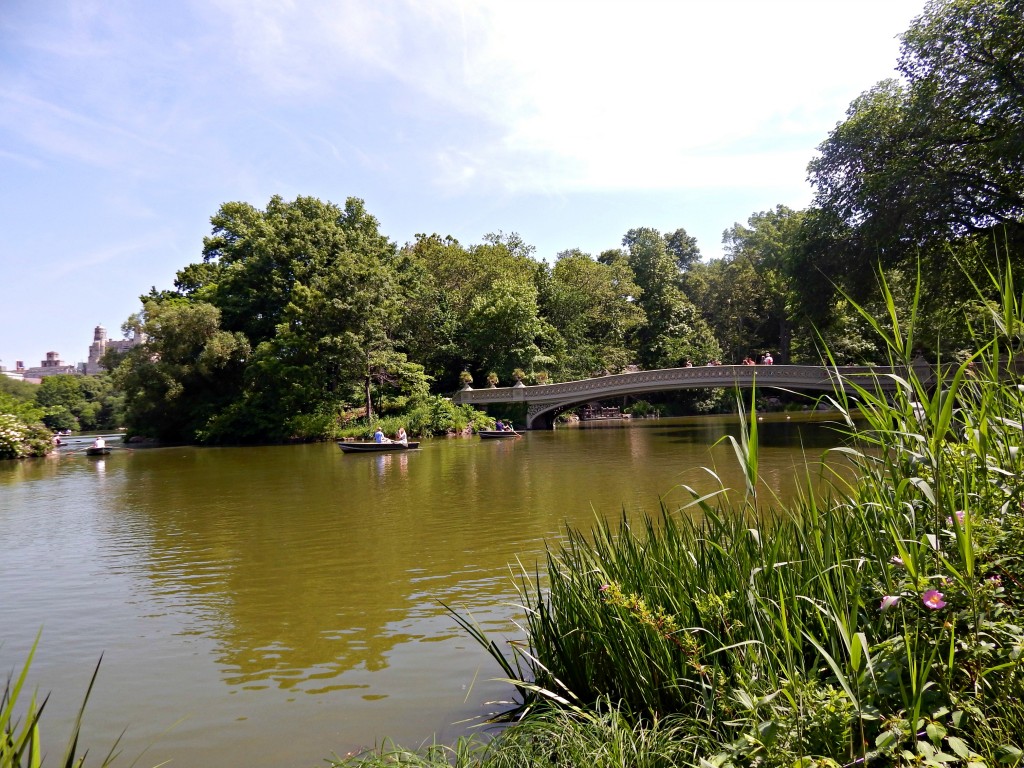 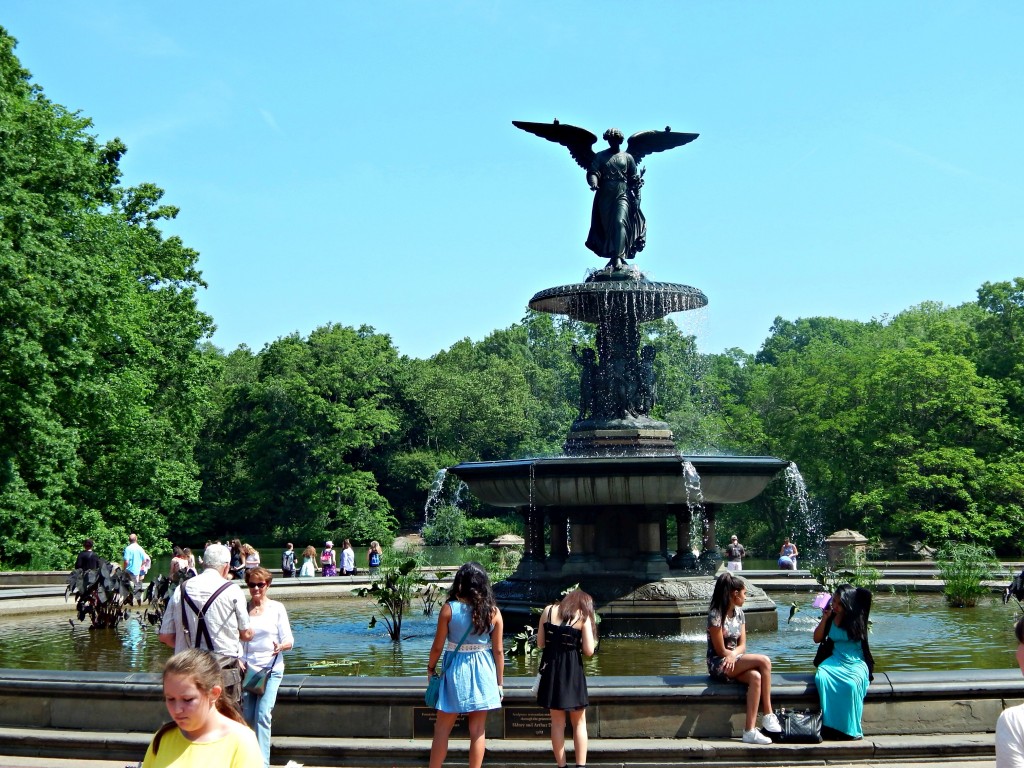 After checking in, we took one look at the clock and decided to head to bed and try an early start instead. After a long day of travelling, we were pretty beat! We started the next day with breakfast at the hotel, with a breakfast buffet and some seriously fluffy pancakes. Fuelled, we headed to Central Park, which was so close to our hotel! We took our time wondering around some of it, and checking out some of the recommendations of one of the park volunteers. As well as seeing all of the bits that the movies have made famous it (yes, we squealed when we saw the bridge from Enchanted), we spotted the Shakespeare Garden which, though beautiful, was not the best place for April’s hayfever. I think she preferred the Alice in Wonderland statue, which she quickly climbed on top of and begged for a picture on! 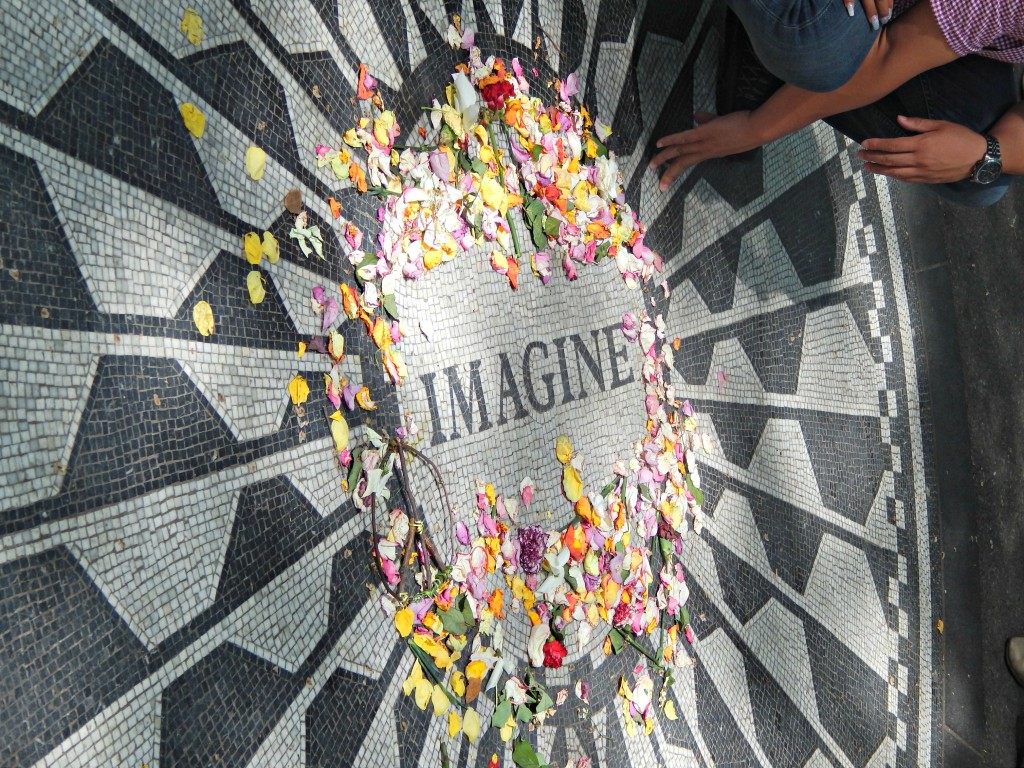 We lingered for a while at the John Lennon memorial at Strawberry Fields, where local musicians play to the crowds. It was too hot to hang around for too long but it was a lovely moment of peace in the middle of the city. I still can’t believe that such a beautiful place exists in such a busy city. 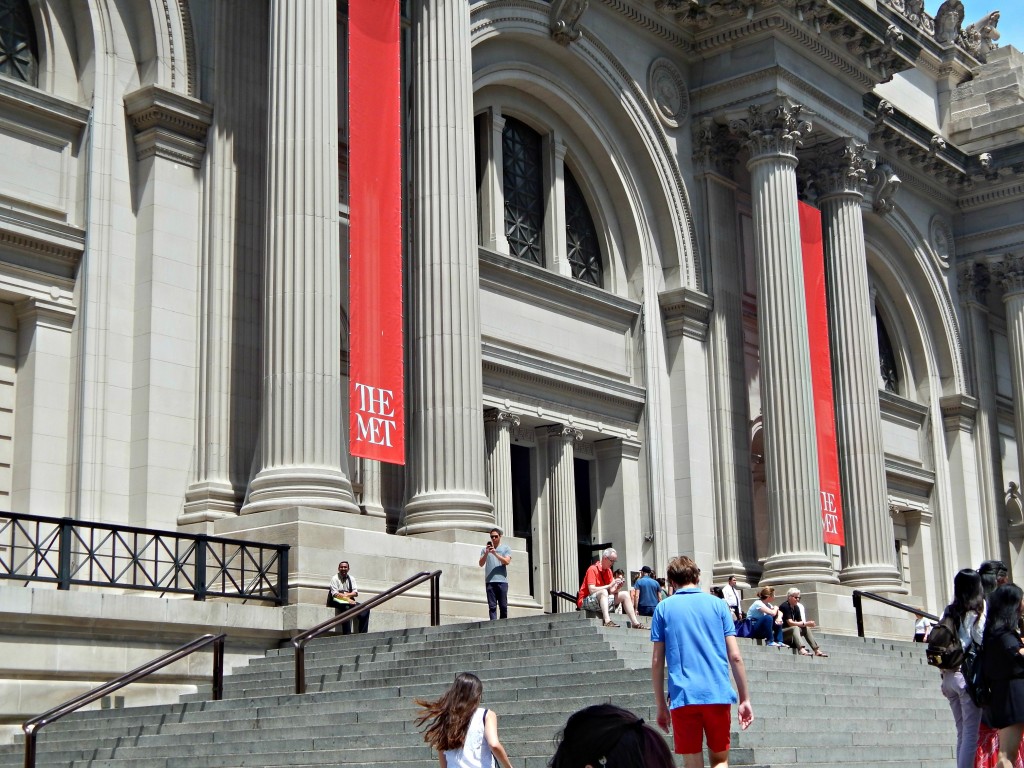 We stumbled upon the Met, which though not on our list, I was desperate to go to as soon as I saw that there was an exhibition on Greek and Roman art. Poor April and Sam had to listen to me garble incessantly about how awesome everything was. A lot of the things that we saw had been in my exam, so it was amazing to be able to see them in person, rather than just in a book. I think the nerd in me was pretty apparent that day. We also got a chance to look at the Manus x Machina exhibition, which had some incredible dresses in it! It was well worth a visit if you get the chance. 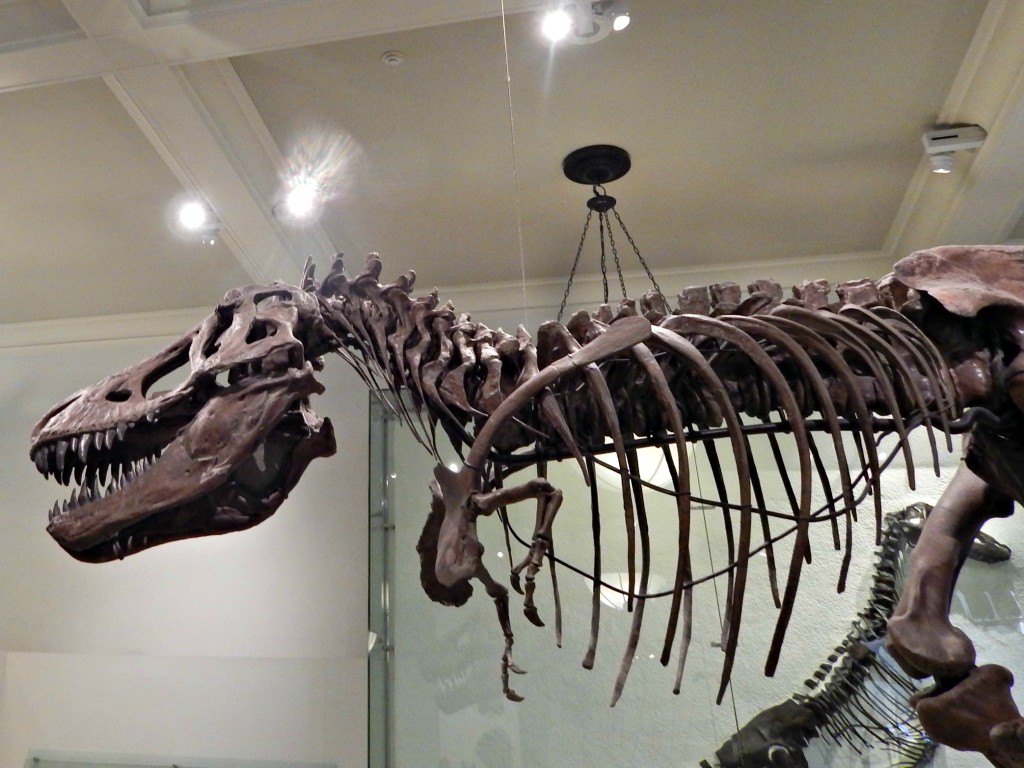 When we left, it was the middle of the day and far too hot for us to remain outside so we decided to head to the Museum of Natural History, which was much more in keeping with the others interests I think. If nothing else, it was probably a bit less weird than some of the classical art. It also gave us a chance to check out the dinosaur exhibitions, which was fascinating, if not a little intimidating.

The best part of both of these museums? They both operate on a suggested admission fee, so if you find the prices a little steep or know you only want to check out some of the exhibitions, you can pay slightly less. This is such a great idea and something more places should offer! 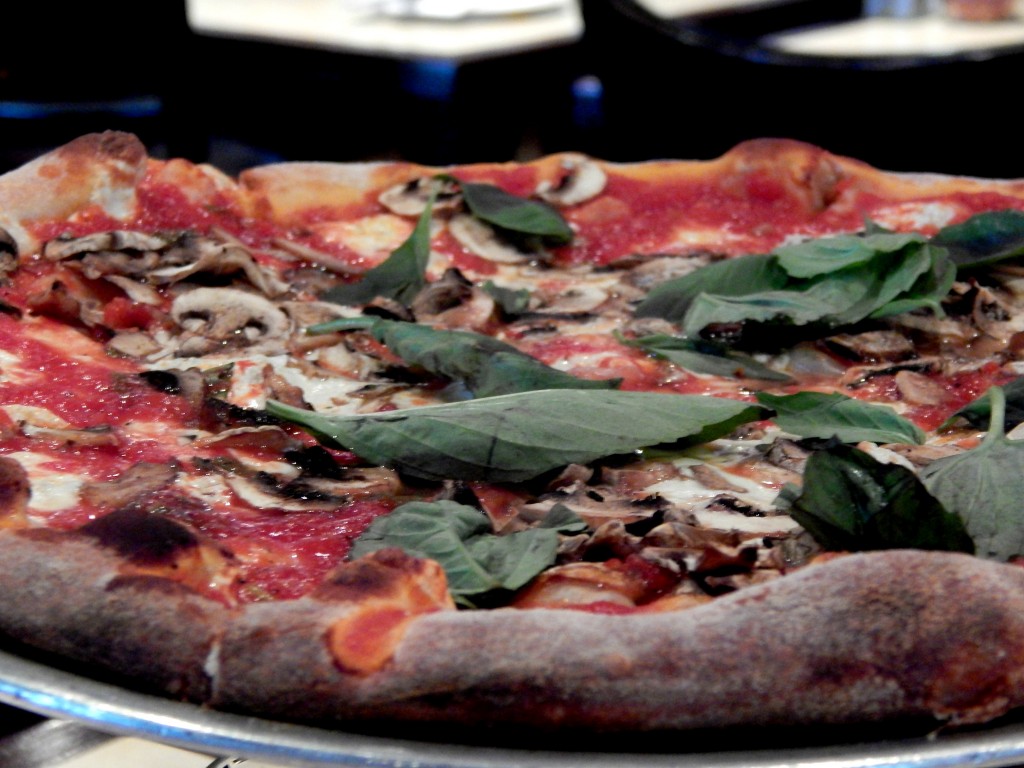 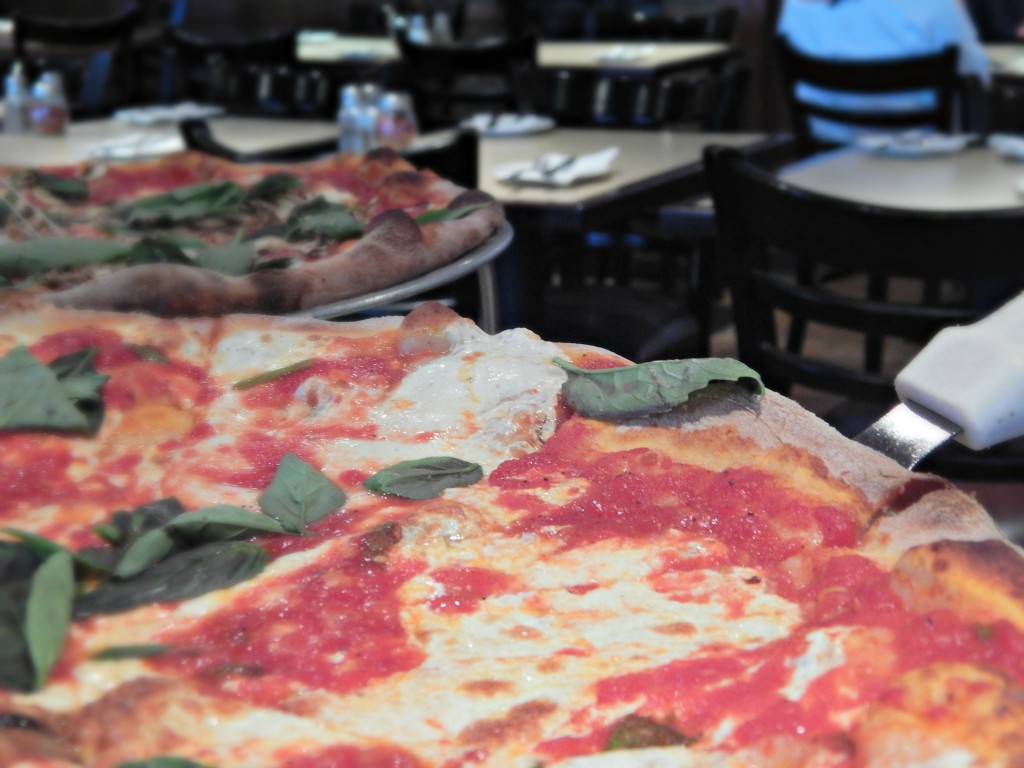 Following a recommendation from one of the members of staff at the Museum of Natural History, we headed to Patsy’s. On 74th off Columba, the pizza here was insanely good. To give it a fair trial, I went for the plain cheese version and oh my! My tastebuds had a party all off their own. It was the perfect refuel after a few hours of walking and gave us the energy we needed to find our way back to our hotel to change before we headed out for drinks. 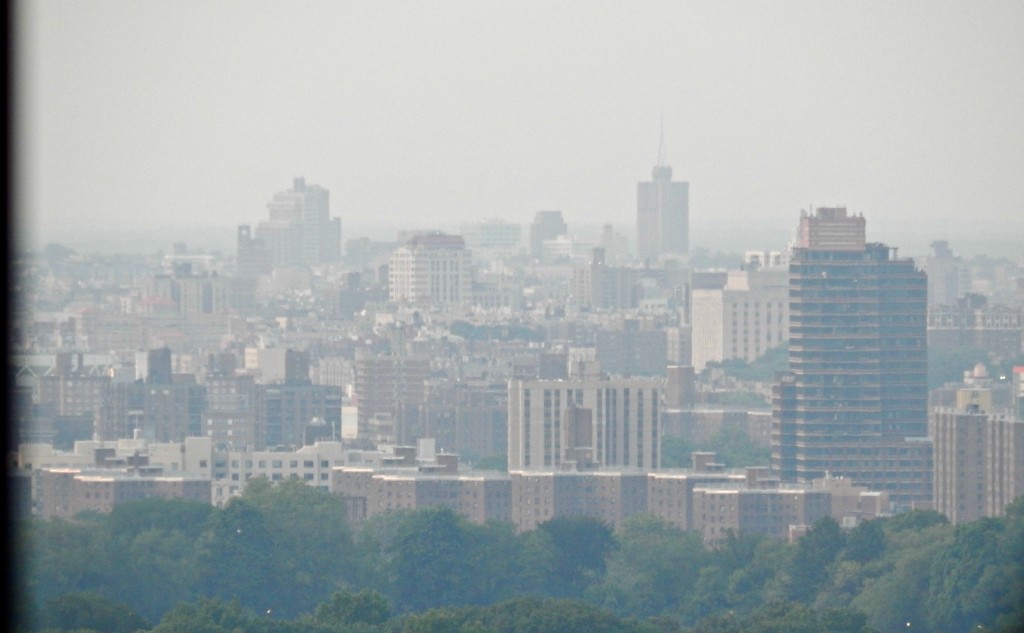 We had spotted a couple of cocktail bars earlier in the day but ended up in The Roof, which is on 57th. Tucked away, it has the most incredible views of the city, to the point that it was hard to believe that it was even real.  It was ridiculously expensive however so we sipped a drink each before calling it a night. Still, we were in New York for our 21st birthdays so it had to be done! Right?