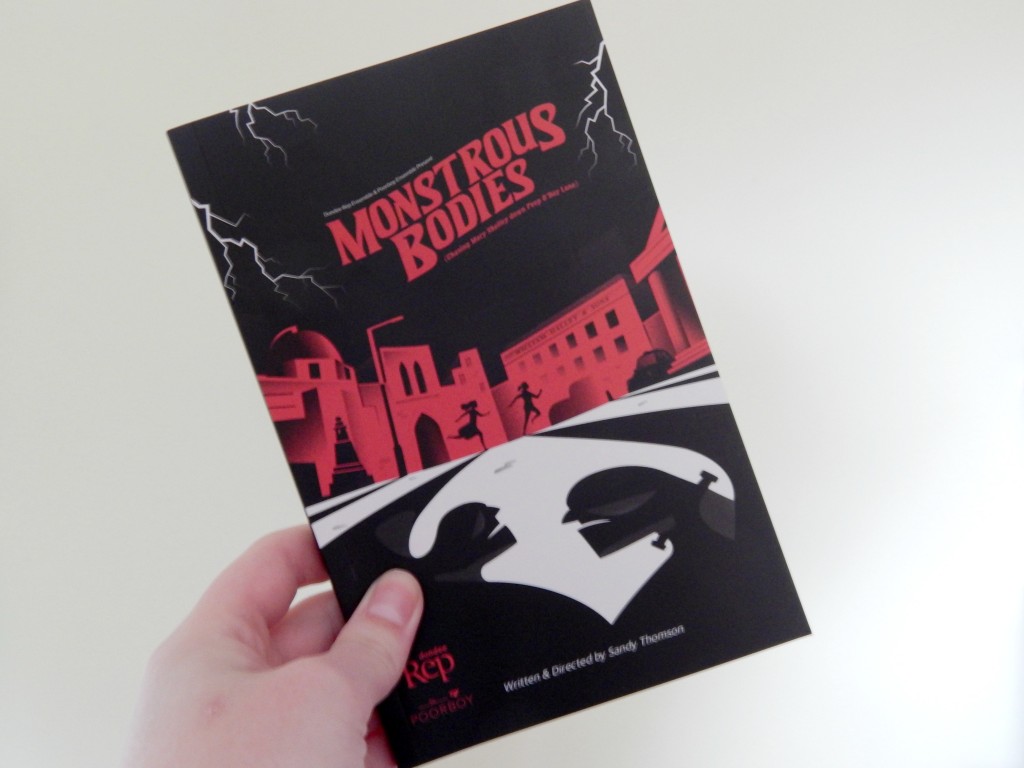 As part of my birthday celebrations, I found myself at the Dundee Rep for a night at the theatre. I’d heard murmurings of this great new show called Monstrous Bodies and since it was about Mary Shelley, it was right up my street. Other than that, I didn’t really know what to expect.

I’m happy to say that I was absolutely blown away by the show. Like I said, I’m a Shelley fan (I even had a collection of her short stories in my bag during the show!) so I was absolutely fascinated by the details of her time in Dundee. She was a spot on character and brilliantly played.

The real magic of Monstrous Bodies lies in the weaving together of two timelines. Alongside Mary Shelley’s teenage escapades, the play explores the struggles of Roxie, a twenty-first century teenager with problems of her own. While studying the writer, Roxie learns a whole lot about feminism, imagination and taking a stand in a world that wants to keep you silent. The juxtaposition of the two stories could have been jarring but they were blended together so brilliantly that each story helped the other find its shape.

Monstrous Bodies was an energetic and fast paced show that raced before me. In two and a bit hours they developed some brilliant narratives and kept me hooked. The modern soundtrack and choreographed sections gave it a furious energy that spread to the audience. We all agreed that time had blurred by as we were hooked by the play.

This, of course, was helped by a phenomenal cast who worked fantastically together. Those playing Roxie and Liberty were my favourites, though that was a hard choice to make! They were fabulous masters of their craft and I hope I can see them on stage again soon.

Ultimately, Monstrous Bodies is a punchy and powerful play. It is one of the best pieces of theatre that I have seen in a while, and, if you get the chance, I wholeheartedly recommend checking it out. I’ve tried to keep this review spoiler free so that you can appreciate it in all it’s glory. However, I have a lot more feelings about it so if you do watch it, get in touch and we’ll have a proper old natter about it. It’s at the Dundee Rep until the 6th May and if you fancy booking tickets or just finding out a little bit more about it, you can find all the information here.