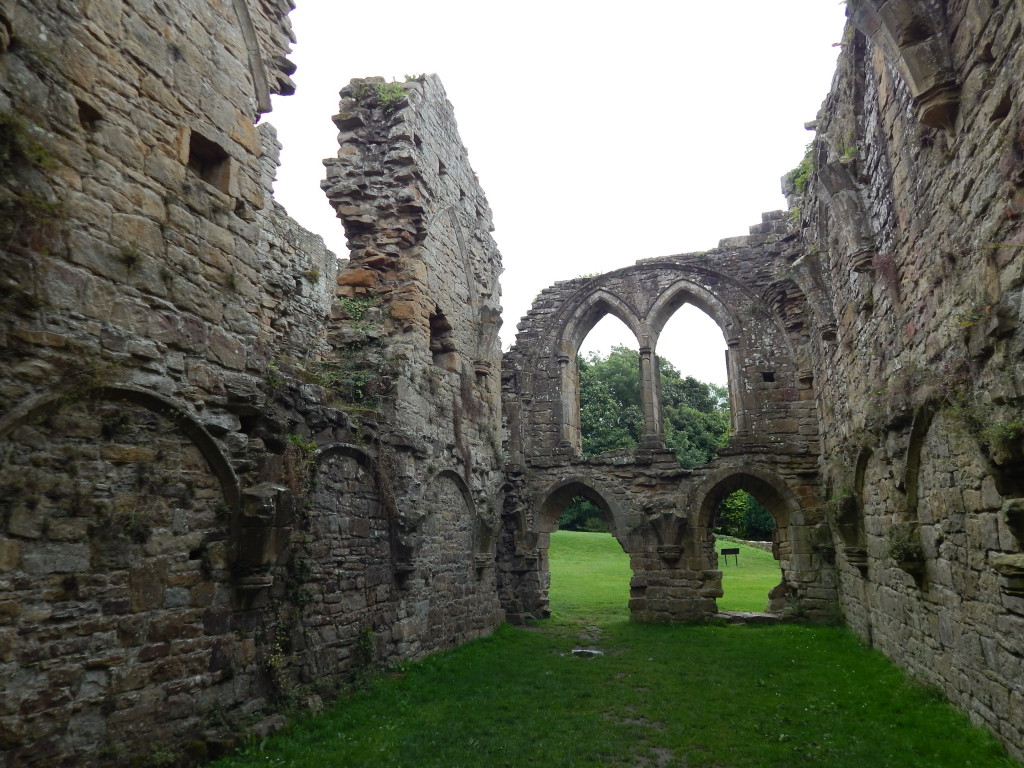 Following on from my Egglestone Abbey post, I thought I would share another favourite spot in the north east. Easby Abbey is probably a little better known, being within walking distance from Richmond. In fact, a lot of my childhood memories seem to revolve around a visit to the abbey. Somewhere along the line, I stopped visiting quite as often and of course then I moved to Scotland. A visit to Easby Abbey was long overdue.

Luckily, my Nana is keen for daytrips in the local area. When she suggested a trip to Richmond and the abbey, I jumped at the chance. 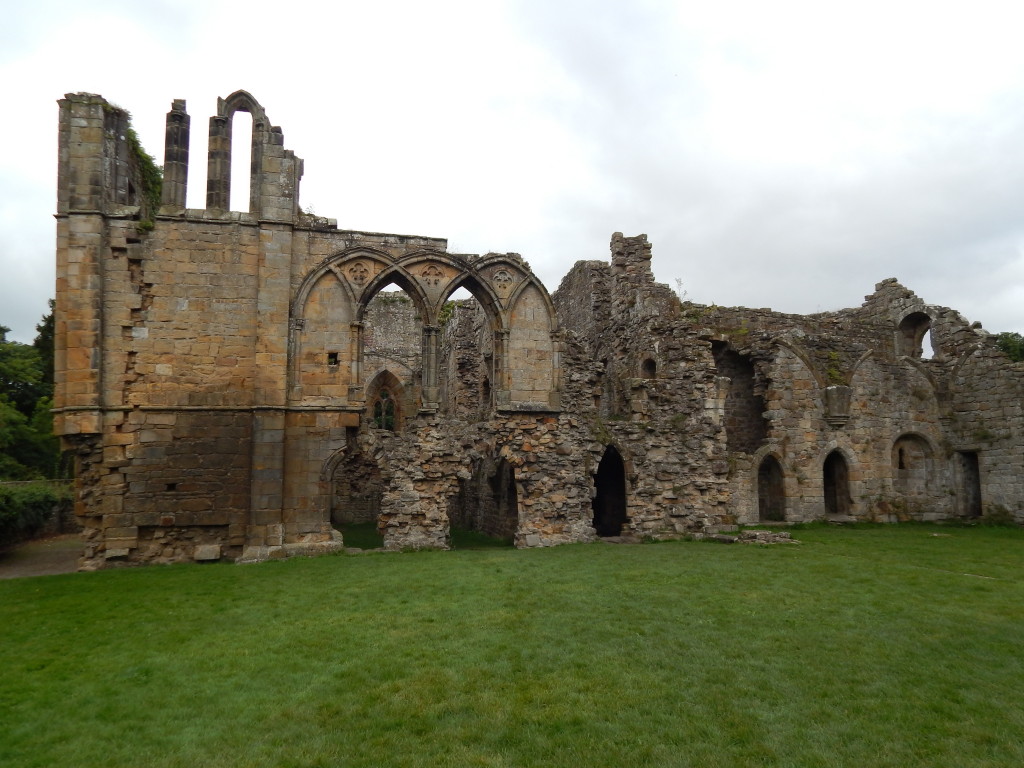 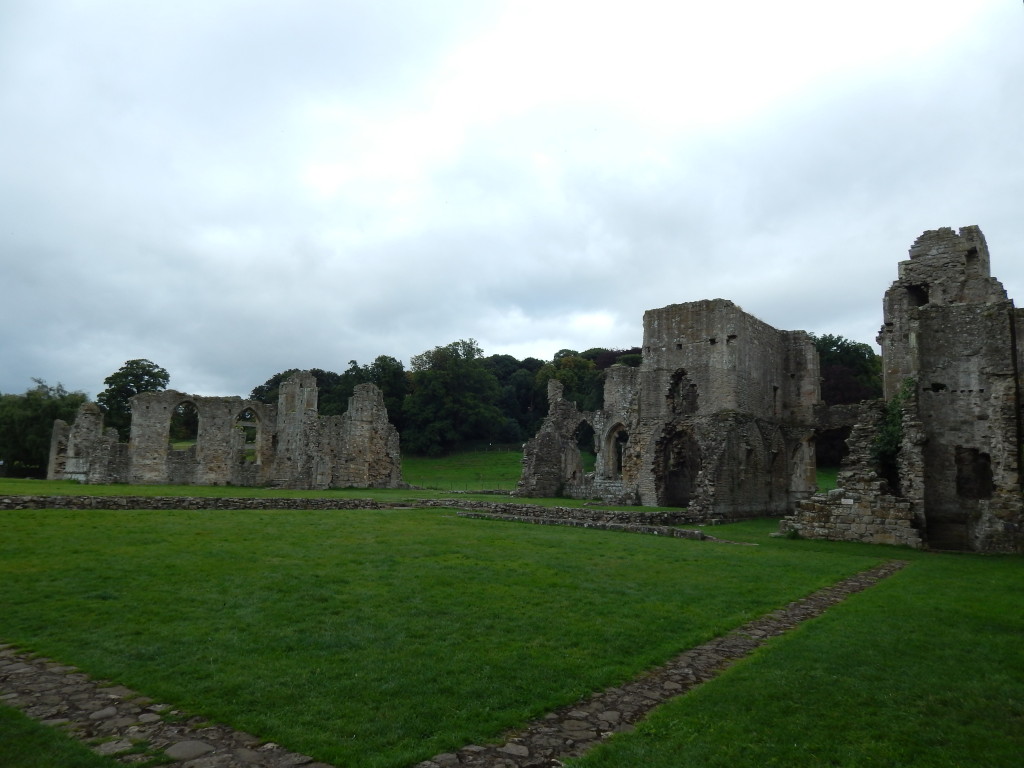 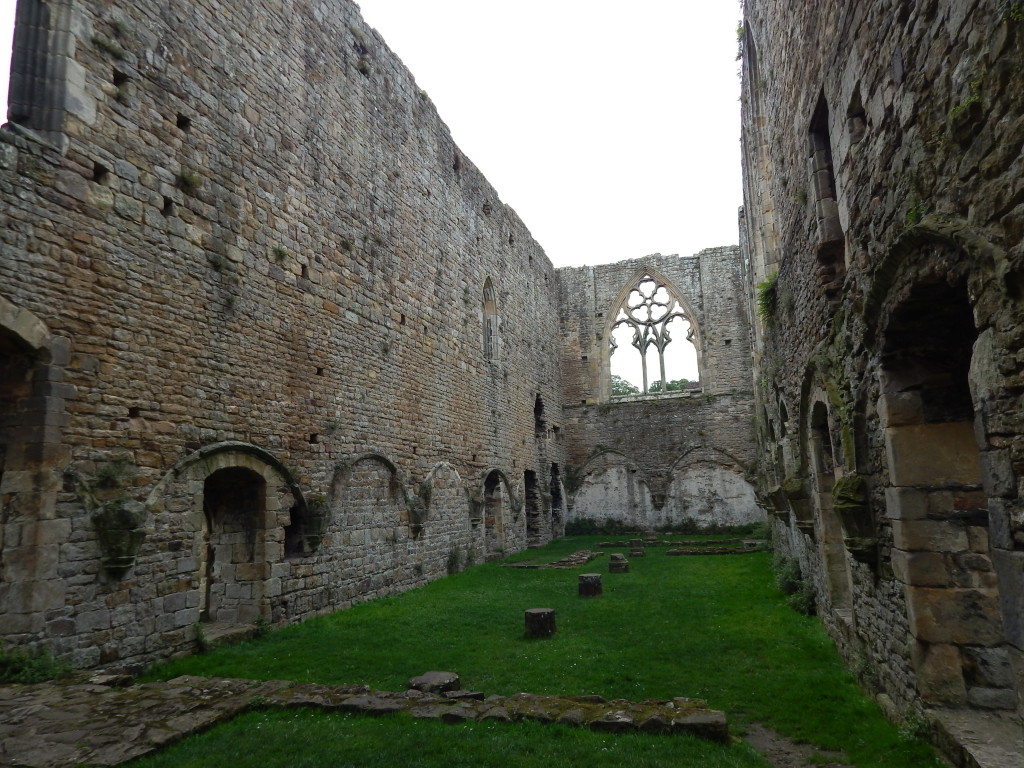 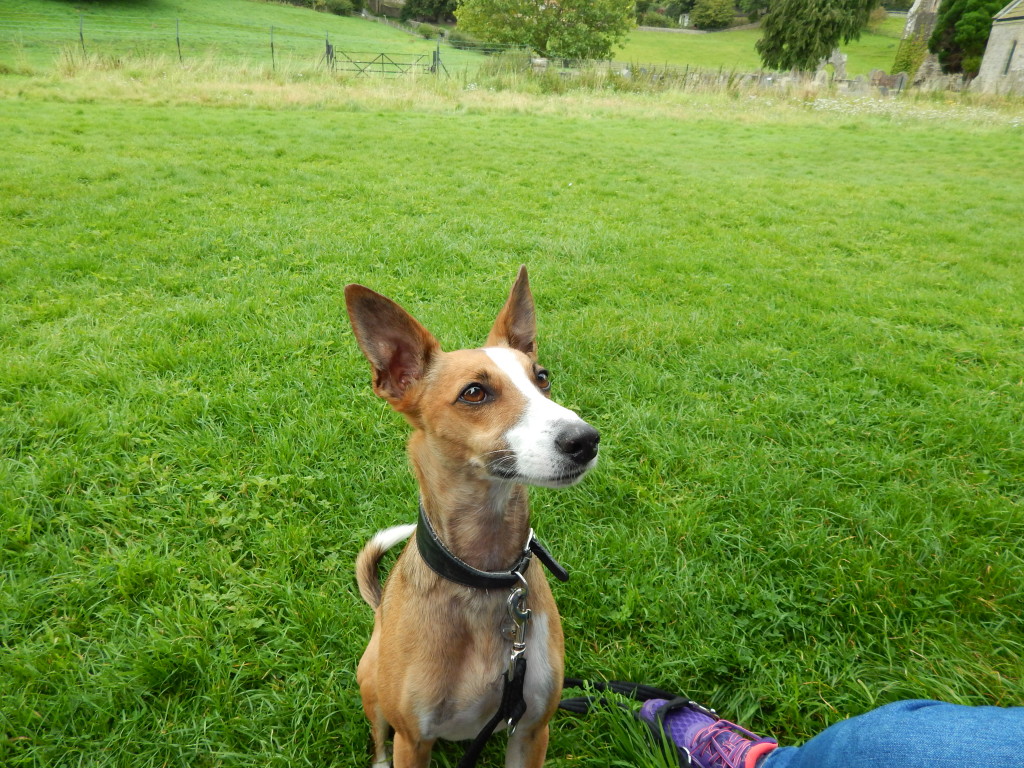 As I said, you can walk from Richmond to Easby Abbey but don’t be put off by that. It’s nice and nowhere near strenuous. Due to my own ineptitude, I actually did it in a skirt and Primark ballet shoes. You park at The Station at Richmond and then follow a path that is clearly signposted. Head along the River Swale and you’ll arrive at the ruins of the Abbey. Dating from the 1100’s, Easby Abbey is packed full of history and an impressive sight! My nana even took her sketchbook with her to try and capture some of it.

Have a little wander around and see if you can work out what each room used to be. You can also take dogs with you, if you fancy a proper family day out.  Entry to the abbey is also free, which is always a bonus.

We had actually called into the bakery inside The Station before we went so had a little picnic of pie and treacle tart within the ruins of the abbey itself, which made the day out even better. If you’re really feeling decadent, there is also an Archer’s ice cream concession at The Station. If you’ve been reading This Northern Gal for a while, you’ll know that Archer’s is my favourite ice cream parlour so I was more than keen when Nana suggested we got one after our walk back. If you’ve never tried Archer’s, my absolute fave is the Hokey Pokey ice cream. If you’ve got a sweet tooth, you NEED to try it! Trust me.

If you’re looking for an easy and budget-friendly day out, why not try heading to Easby Abbey?