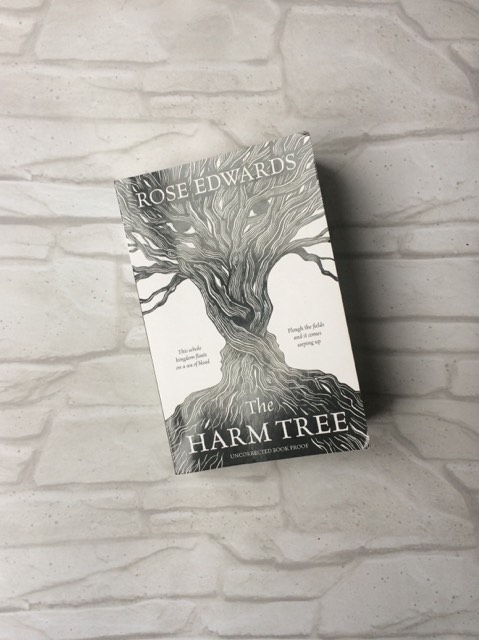 As you know, I loved The Harm Tree, the debut novel from Rose Edwards and the latest from the team at UClan publishing. So, when the publishers asked me if I wanted to help out with the blog tour, I jumped at the chance.

Today, I’m handing This Northern Gal over to Rose, who is sharing her top five kickass heroines with you all. Oh, and if you haven’t already read my review and experienced my enthusiasm for it, you can find that here.

1) Flora Poste (Cold Comfort Farm by Stella Gibbons) – When Flora Poste is orphaned, she moves in with her cousins, the darkly passionate Starkadders, who live on a farm in Sussex. Unfazed, Flora sets about turning them from tragic, doomed figures into people one would happily sit down to lunch with. Published in the 1930s, this is the story of a woman who knows what she wants, and makes it so. I read it yearly, and it still makes me howl with laughter.

2) Tamora Pierce – This is a cheat entry, because I’m not picking a character. Tamora Pierce is the godmother of kickass fantasy heroines, and she has a gift for writing characters who earn their place in the world. Her stories have grown ever more diverse over the years. I love her Beka Cooper trilogy (Terrier, Bloodhound, Mastif), set in the Tortall universe, telling the story of a trainee guard whose cases lead her to confront questions of class, corruption, and slavery.

3) Erin, Mac, KJ, Tiffany (Paper Girls, writer Brian K. Vaughn, artist Cliff Chiang) – One of the most beautiful comics I’ve read, this story is about four teen girls from the 1980s catapulted into the middle of an invisible battle that rages all around us, a battle over who controls time itself – and what they do with it. Vaughn’s characters are convincing and complex, while Chiang’s stark, imaginative art, and Matt Wilson’s futuristic colours bring the shifting temporal world and its inhabitants to life.

4) Hürü (On The Road To Baghdad by Güneli Gün) – I found this in a second hand bookshop and became obsessed with it. Not YA, but deals with themes of self-discovery and coming of age. Spirited Turkish heroine Hürü, separated from her family, escapes death by disguising herself as the Bald Boy from Turkish folklore. Guided by fickle fate, she escapes armies, criss-crosses space and time, marries a woman and falls in love with a cruel sultan, all the while trying to find her way home in one piece.

5) Tambu (Nervous Conditions by Tsitsi Dangarembga) – Also not strictly YA, but about the end of childhood and trying to find your place in the world. Growing up in 1960s Rhodesia (Zimbabwe), Tambu is desperate for an education. She leaves her family to attend a mission school, determined to shine, but she is unprepared for how far this path will take her from all that is familiar. This book is a classic for a reason: lucid prose, simple but devastating observations on the consequences of colonialism, and a protagonist whose growing pains are utterly believable.