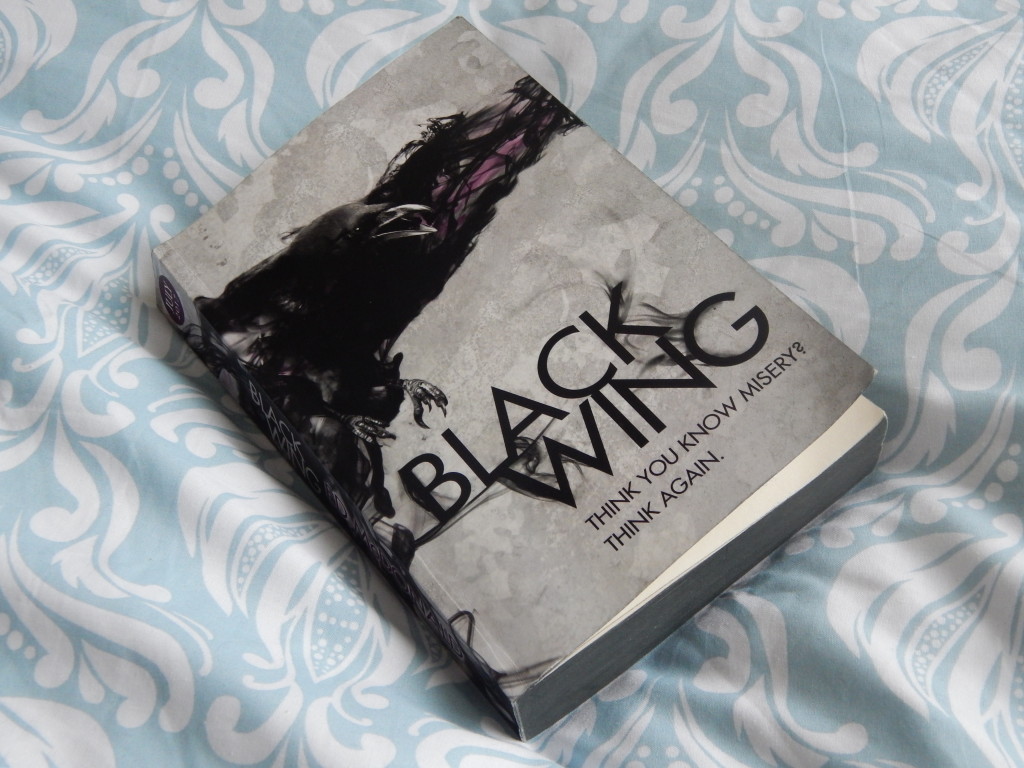 When Black Wing landed on my doorstep, I was very excited to get stuck in. The newest release from Gollancz, Black Wing came with a lot of praise and a lot of hype. It certainly lived up to both.

But I’m getting ahead of myself.

Black Wing tells the story of Ryhalt Galharrow, a mercenary who is trudging through life in a world on the edge. An old war is resurfacing, wounds are reopening and Ryhalt may have to join a fight he can’t win. It’s a brutal world, with poisonous magic and dangerous creatures. People are kept safe by a giant machine that’s not working quite like it should. The coin of fate is spinning and no one will know which way it will fall.

This novel had some of the richest world building, creating a society full of secrets and systems all of its own. It’s not a pretty world, barely holding on to a semblance of normality but I was fascinated by it, desperate to find out more about it.

The same can be said of Ryhalt, the brutal soldier who tells us his story. He is barely functioning as the novel opens and things are hardly getting better for him as things carry on. He’s had a hard life and the choices he has to make are ones that I certainly don’t envy. And yet, it was really interesting to see him adapt to what was thrown at him. I was really rooting for him, right the way through to the final pages.

It was a great read and one that I would whole-heartedly recommend.

P.S I received an ARC of Black Wing from the publishers, but the opinions and enthusiasm are all mine.