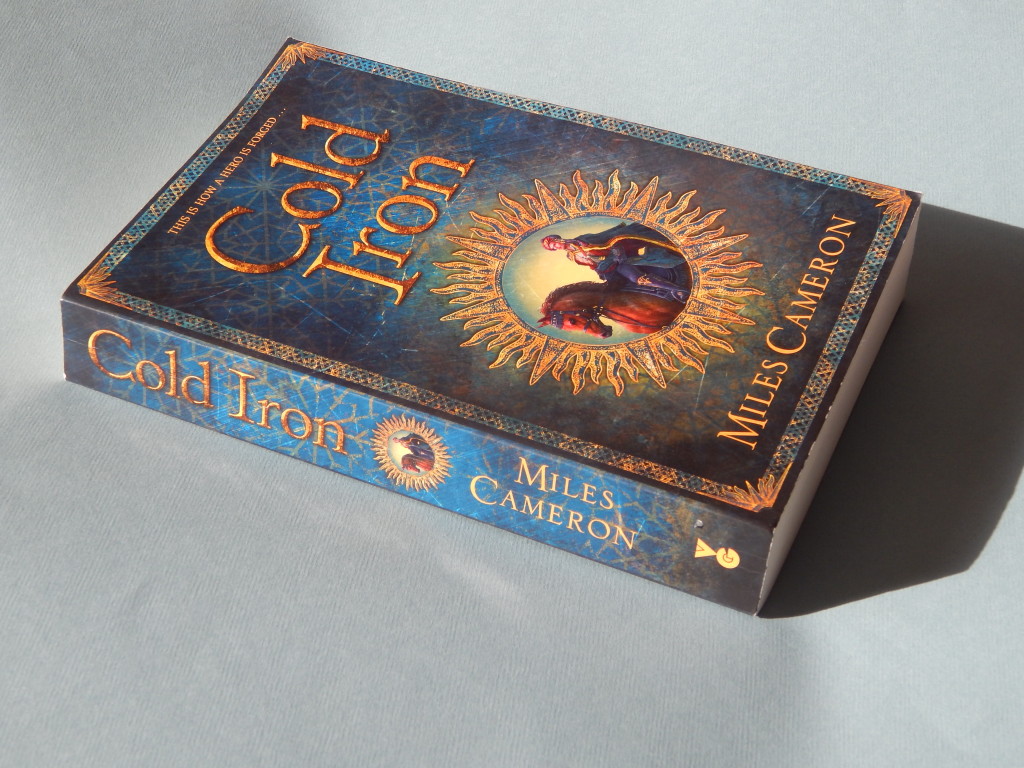 I am so, so excited to be a part of the blog tour for Cold Iron today. You guys know how much I love working with Gollancz so when they got in touch and offered to send me a “Gripping and action-packed fantasy with a historical twist”, you know I said yes immediately. 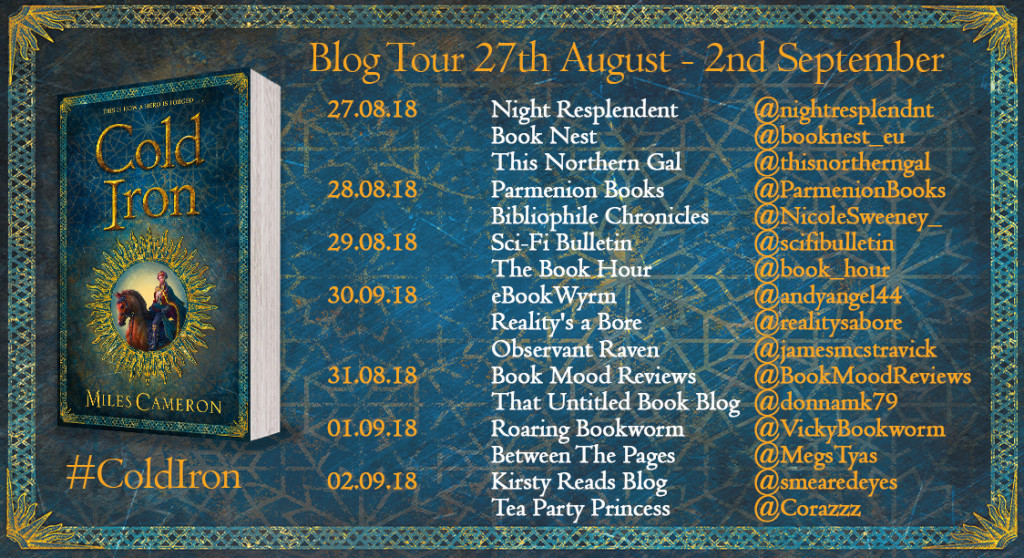 Cold Iron is all about Aranthur, a farm boy turned big city student. At the academy, he is trudging along , staying well beneath the radar. That is until his journey home for the holidays leads him to an inn where he is drawn into a fight he doesn’t understand and definitely didn’t anticipate. Luckily, he survives but his new friends run in circles he never did. Aranthur finds himself seeing more of society than he ever knew previously, especially when the cracks within it start to widen.

What follows is a fast -paced spiral of conspiracy, betrayal and more power than Aranthur ever knew. As a a reader, you are swept along with him as he discovers the secrets of his kingdom. This allows Miles Cameron to show off just how in depth and brilliant his world building has been. I loved finding out about the world in all the tiny details that are woven throughout Cold Iron. This world is explored through strong, fascinating characters. Aranthur is an appealing character, if not a little niave, and so it was fascinating to see him interact with people from so many different avenues of life. I’m particularly intrigued to see how these characters interact with one another after the explosive events of the book’s finale.

If you like action in your books, then this is definitely for you. Aranthur is learning to be a swordsman throughout Cold Iron and inevitably this leads to some fast-paced and brutal fight scenes that I was truly invested in it. I don’t know much about sword fights but I was definitely on edge each time Aranthur managed to stumble into a fight.

Cold Iron really built to an intense finale, as I have already hinted at. It swept me up in the magic and intrigue of Aranthur’s new friends. And enemies. The only problem is that I am now going to need the sequel as soon as possible please.

P.S Thanks to Gollancz for sending this to me!