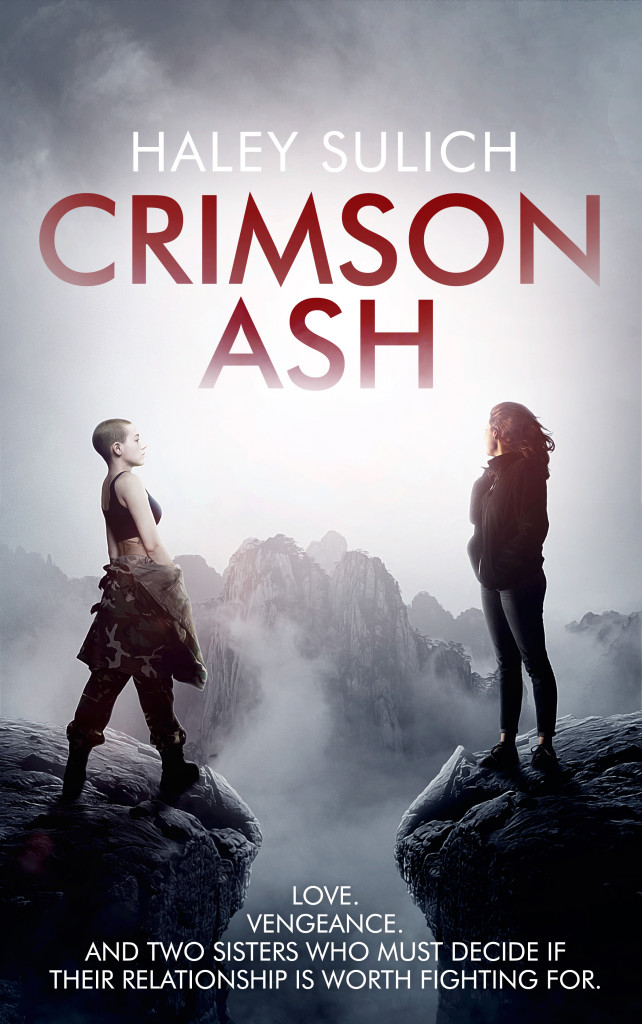 As we probably all know by now, I’m a big fan of dystopian literature. Which is why I leapt at the chance to review Crimson Ash* by Haley Sulich when the author offered to send it my way.

This is a novel about two sisters, kept apart by a domineering and violent government. Solanine survives on the fringes though she is still hoping to be reunited with her sister, even though Ember was taken eight years ago. Life for Ember isn’t going particularly well: her memories have been wiped and now she serves the government as a soldier. When their worlds collide once more, the two of them have to fight for their lives, their freedom and the tattered remains of their relationship.

Crimson Ash is unsettling, brutal and a great read. It doesn’t shy away from putting characters through their paces or facing the realities of a cruel totalitarian government. That meant that I was kept on the edge of my seat, throughout the novel.

This was a fast paced adventure that also takes its readers on a series of emotional turns. I was hooked by the relationship between Solanine and Ember throughout Crimson Ash. It was complicated and messy. There was a lot of history between the two of them and I was so pleased that Haley Sulich didn’t just wrap things up neatly. The characters were shown to work at their relationship, make mistakes and try again. Sure, there was some pretty hefty mistakes but we were shown the effort the two of them took to keep the embers of their relationship from burning out. It was a really character driven story, and it worked brilliantly. Ember and Solanine were a great way of showing the impressive world building that Sulich has done, in a way that felt really natural.