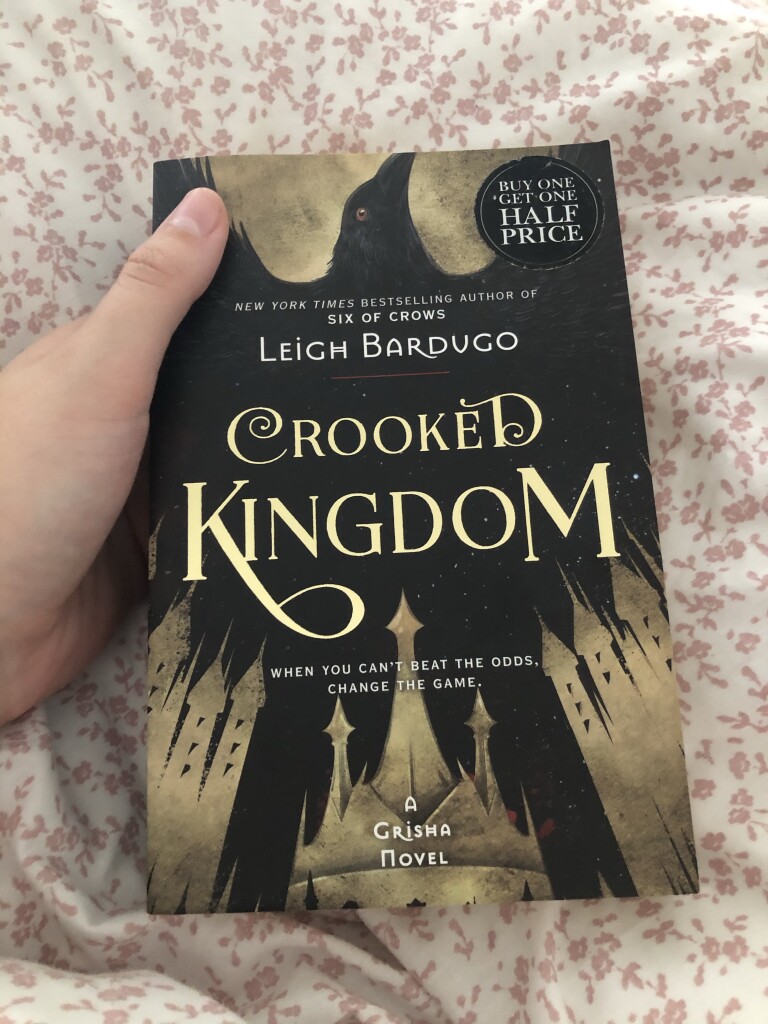 I don’t usually review sequels on here because it’s a tricky thing to do, spoiler wise, but since I stayed up until half 12 to finish this last night, I need to talk about it. It is an absolute rollercoaster of a book, in the best possible way.

For those of you that don’t know, Crooked Kingdom is the sequel to Six of Crows and the second half of the duology. I read Six of Crows a long time ago and then somehow didn’t get round to reading Crooked Kingdom so I had to do a quick re-read before I did! It was so worth it and just as wonderful as I remembered.

Crooked Kingdom follows a gang of criminals, thieves, liars and cheats who got themselves into some trouble in book one. Now, the stakes are even higher and their enemies are creeping closer. The gang might be good at difficult odds but things are starting to look impossible.

The action in these books is second to none and you really do get swept up on it! The tension and stakes get so high that you simply cannot stop reading when you start. I found myself promising ‘one more chapter’ over and over again.

Part of that is because I love these characters SO much. They’re complicated and messy but utterly wonderful. Seeing them grow and shift and come even closer in book two was a gem. I had a lot of feelings about what happened to them; some of them were good, some of them were not. Either way, I was SO invested in them!

Finally, it was a delight just to be back in Leigh Bardugo’s fantastic world building. The world is so rich and the magic is simply wonderful. We really saw new depths to it this time round, which just sucked me back in to the intriguing and enchanting Grisha Verse. I’m desperate for more stories that are set here! Desperate!