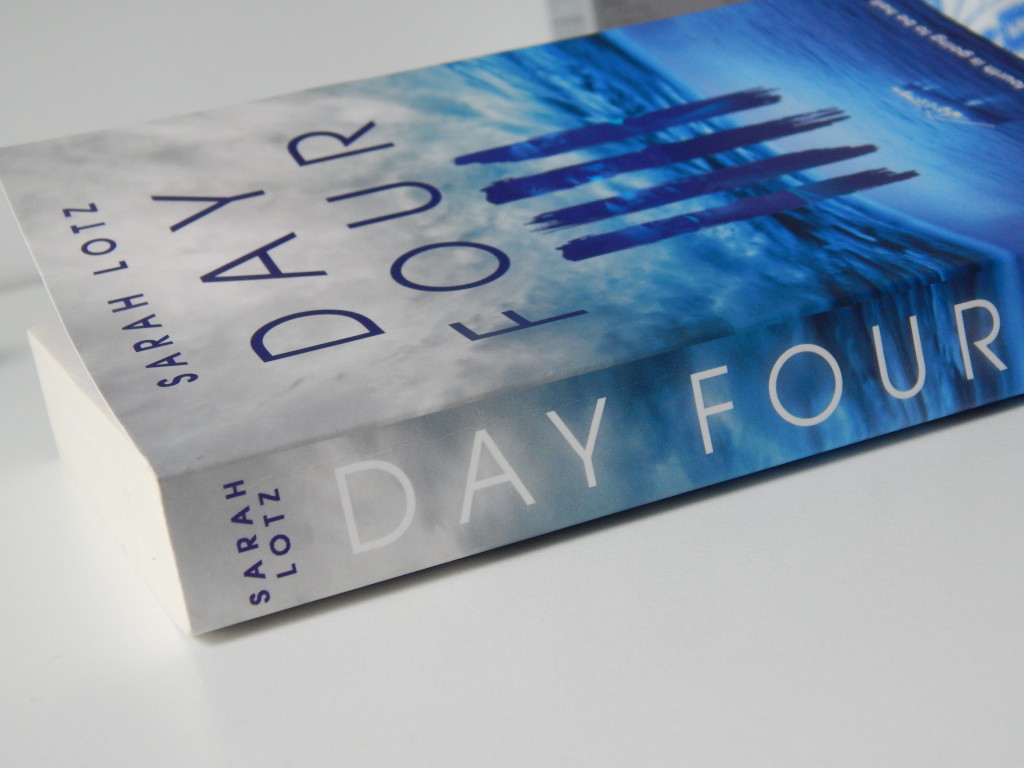 If you are in the market for a creepy read, I have just the thing for you. Day Four is simultaneously a prequel, sequel and parallel tale to The Three, which I reviewed here. That may seem a bit confusing but it makes sense when you read them! In short, some of the events overlap between the two books but they are separate stories with new characters, plots and setting. 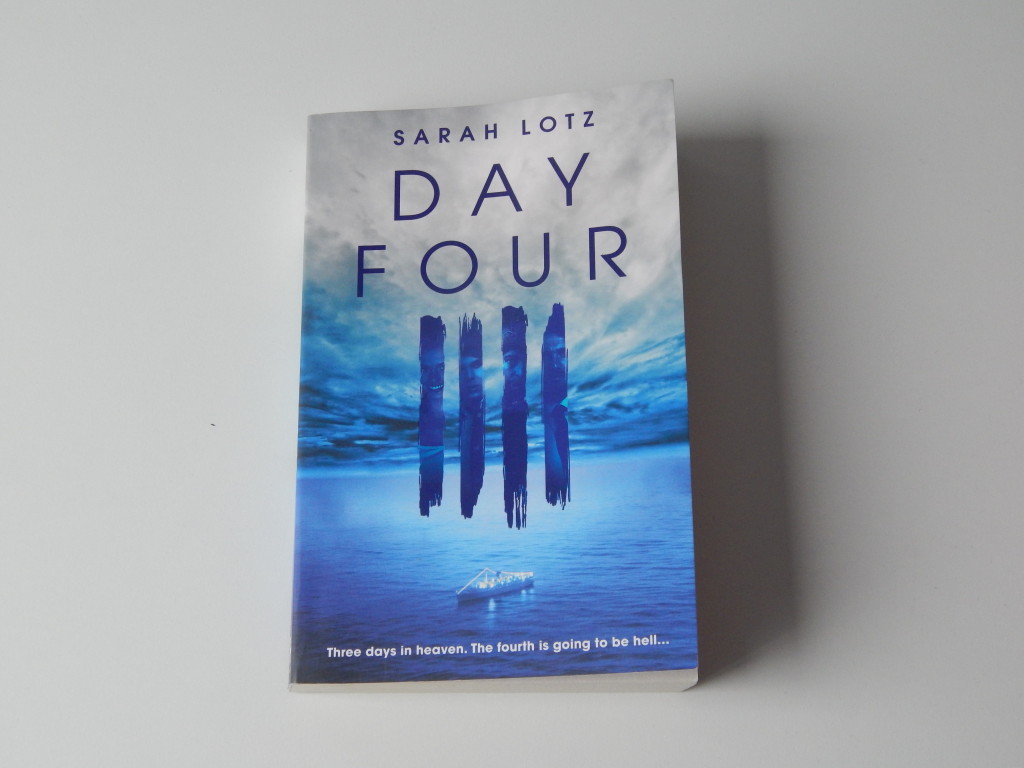 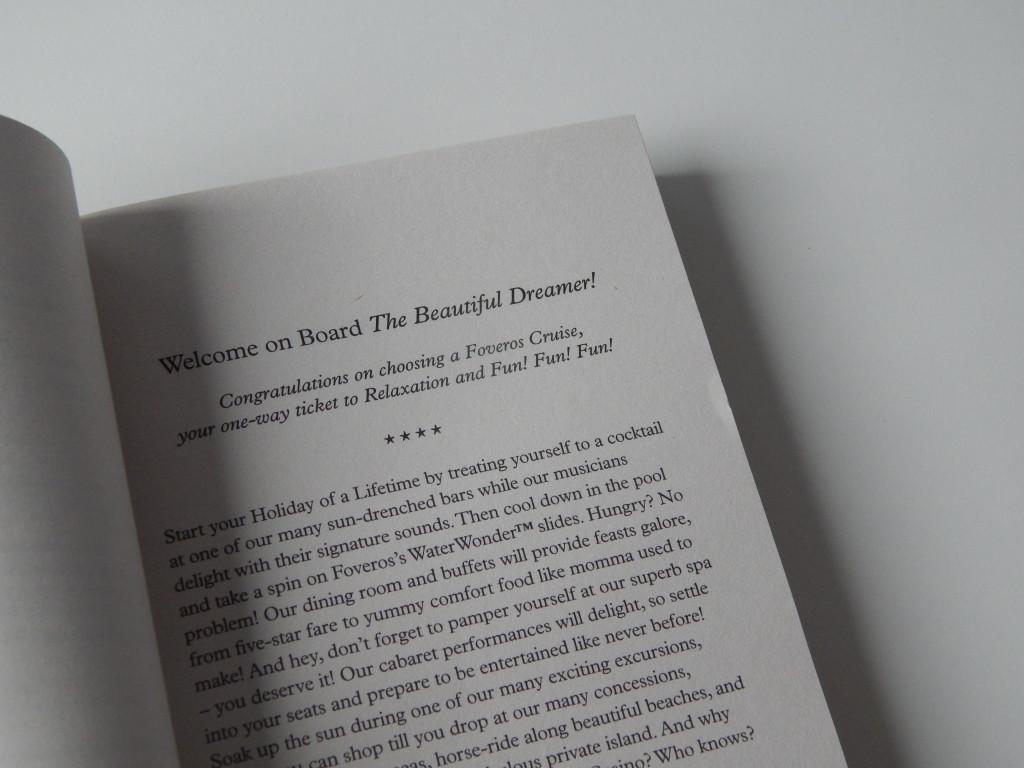 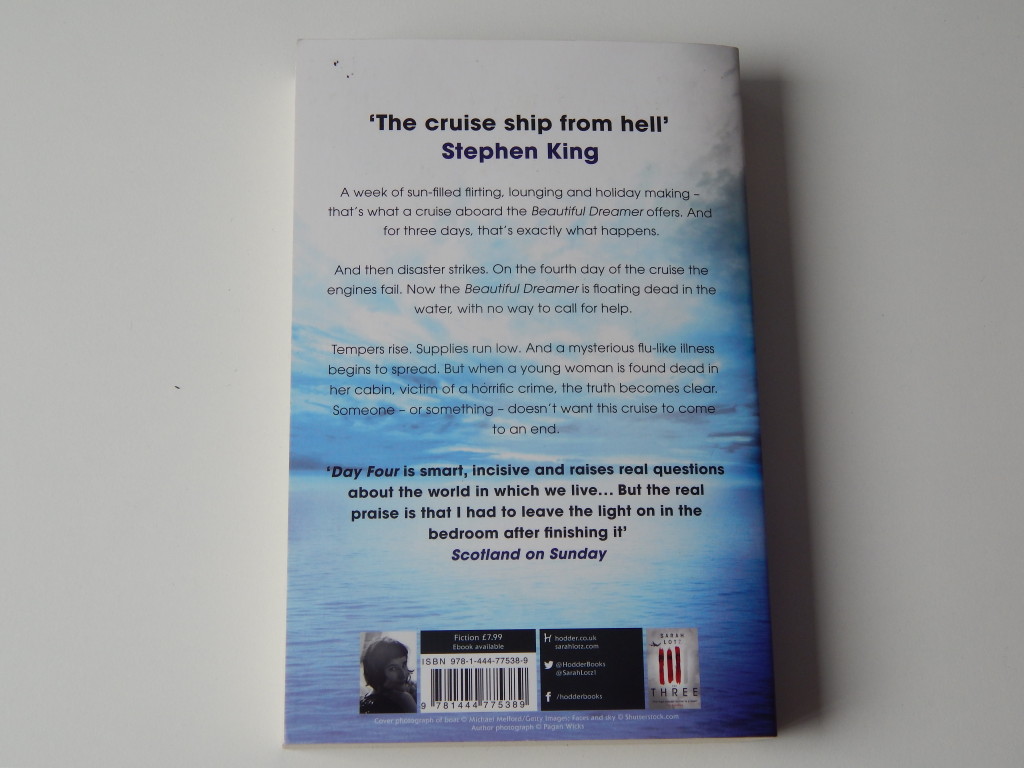 Day Four takes place on a cruise ship which suddenly finds itself stranded at sea. When it becomes apparent that no help is coming, the semblance of a society begins to unravel. Tensions run high, sickness begins to spread and strange goings on plague the passengers. Throw in an increasingly weird psychic and you’ve got one deeply unsettling holiday.

With brilliantly written and often utterly despicable characters, Day Four had me hooked. I found myself desperately trying to uncover the truth, all the while attempting to ignore the way that the hairs on my arm were stood to attention, my gut turning to ice. Several times, I had to force myself to put it down and walk away – I wanted to keep reading but knew that I wouldn’t sleep that night if I did. If it wasn’t for having to limit my intake, this wuss would have finished Day Four as quickly as possible! Sarah Lotz has cracked the intensely readable but horrifying novel market.

Now, after reading both books I still have hundreds of questions. I’m hoping for another book but think it might have been a ploy by Lotz to have me re-reading and coming up with schemes until I figure it out!

Luckily for my productivity levels, Day Four is in St Andrews and The Three is back home in Darlington so there’s been no chance to form plenty of crazy theories until my room resembles something from one of those crime movies! I don’t think my folks/landlords would appreciate all the push pins and red strings somehow.

Have you read either The Three or Day Four? If so, please tell me your thoughts on the matter! This girl needs some answers!