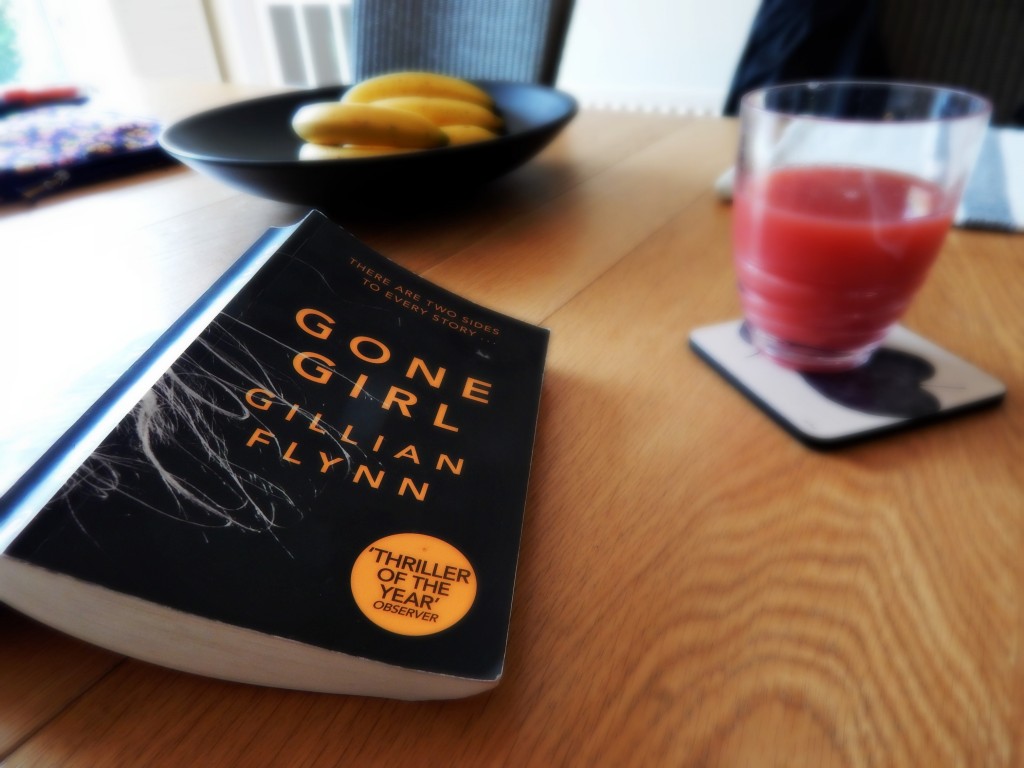 What have we done to each other?

These are the questions Nick Dunne finds himself asking on the morning of his fifth wedding anniversary when his wife Amy suddenly disappears. the police suspect Nick. Amy’s friends reveal that she was afraid of him that she kept secrets from him. He swears it isn’t true. A police examination of his computer shows strange searches. He says they weren’t made by him. And then there are the persistent calls on his mobile phone.

So what did happen to Nick’s beautiful wife?”

This book is one of the best I have ever read.

It became the perfect literary paradox: I wanted to devour it and unravel every last secret hiding in its nooks and crannies but I never ever wanted to reach the back cover. I forced myself to stop every now and then, to resist the temptation to finish it right then just so I knew it wouldn’t be over just yet.

Because Flynn has created a book that is endlessly funny and scary and nerve wracking and romantic and just downright clever. Not to brag, but I usually discover the secret thread in a mystery (after a couple of wild guesses that are, on reflection, really quite silly). I thought I had managed it with this one but I couldn’t have been more wrong. Because I might have sensed some of the twists and turns but there is a couple of game changers in there that made my jaw go slack and my brain go ‘wait… what?”. I desperately reread a couple of pages just to check if I had in fact read what I thought I had read.

And when I finally finished it, I desperately flicked through the last few pages hoping for a last few hints, a sequel… anything that meant that it wasn’t actually over. If that isn’t the sign of a good book, I don’t know what is.

Has anybody else read this? None of my friends seem to and I am desperate to share my shell shock/ complete and utter love with somebody! Let me know what you thought of it in the comments.