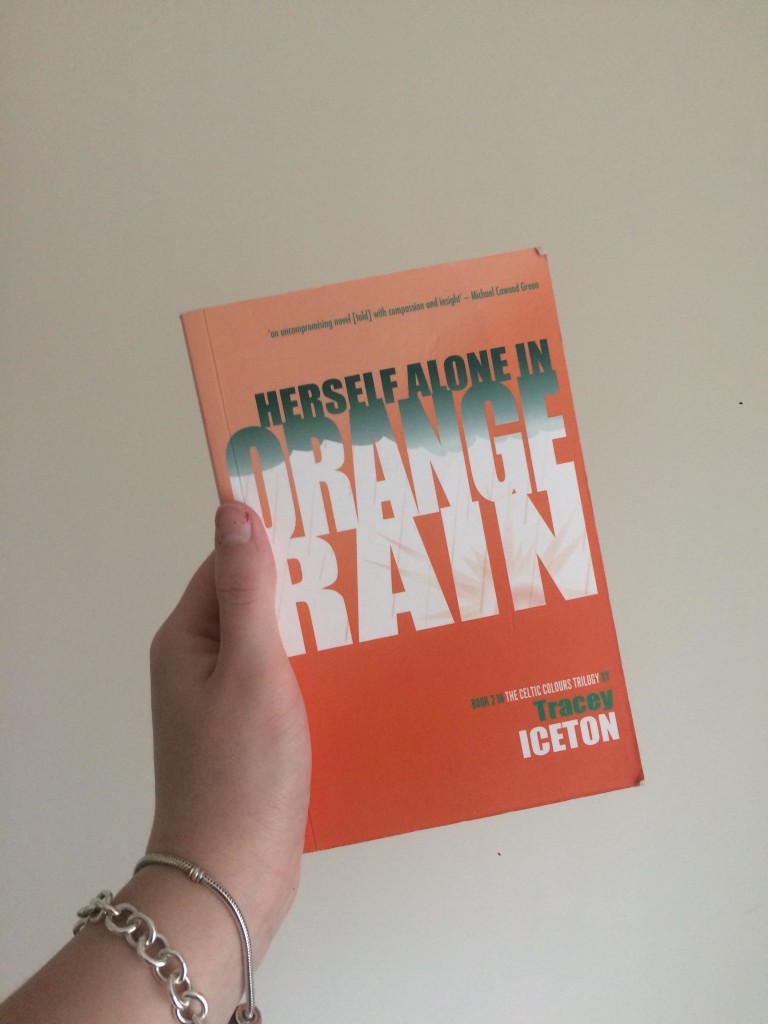 With that in mind, you could read Herself Alone in Orange Rain without having read the first book as it has a new protagonist. While I wouldn’t recommend doing that because you would miss some of the nuances between the two, this book doesn’t tell the story of William Devoy but Kaylynne Ryan, an art student who finds herself thrust into the Irish troubles. She didn’t mean to find them but suddenly she finds that this is a fight she cannot walk away from. Over the course of the novel, she learns more about the struggles that had been hidden from her and decides she wants to help.

What follows is an uncomfortable, harrowing and exquisitely written tale of what happened next in Ireland and the provisional IRA. It was an area of history that I was woefully ignorant in but I certainly learnt a lot from this novel. Tracey Iceton has clearly done a lot of research into the topic.

I particularly liked the way that the story was interspersed with news reports from the key events, particualrly when it showed the differences in the way events were reported. For me, this was a poignant reminder that although this book is fiction, the events that inspired it are not. This was in part where some of the discomfort came from as a reader. Tracey Iceton exposed some raw and difficult characters in Herself Alone in Orange Rain. Reading about them wasn’t easy but their story was masterfully crafted. It certainly left me with a lot to think about and plenty of enthusiasm for the final book in the series.