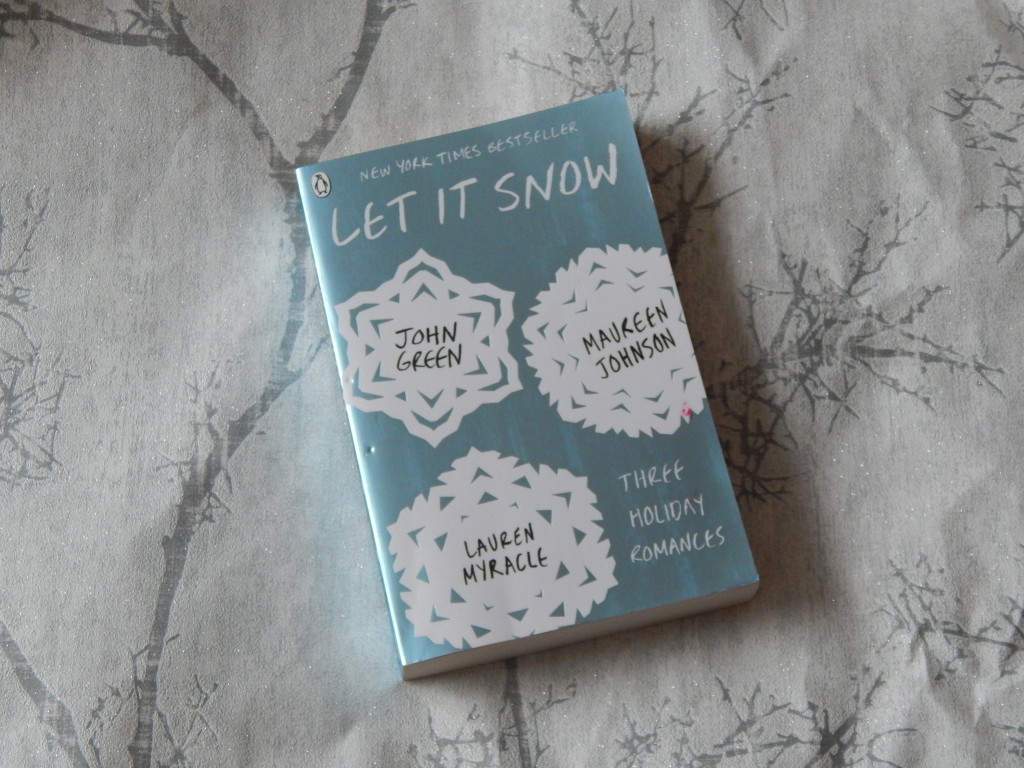 If there is one thing to get you in the festive mood, it’s Let it Snow. This collection of interconnected short stories is set on Christmas Eve. A rotating cast of characters are all caught up in the same blizzard, their narratives colliding in the third and final story. Full of teen romances, some of it is slightly disgusting and cheesy but it was still a fun read and just what I needed to get me excited for Christmas after my exams last year.

I think I enjoyed the first the best, in part due to the sheer ridiculousness of a young girl travelling on a train after her parents’ unexpected arrest on Christmas Eve. It was fun and  silly and oh so enjoyable that I couldn’t stop smiling. I enjoyed the others but the first was my favourite.

Still, I have to admit that if I found myself snowed in on Christmas Eve and my friends called me to come to a diner to play twisters with cheerleaders, I would stay inside where it was nice and cosy. John Green’s adventure in the second story was a little unbelievable as a result, as I knew there was no way I would do that, not even for hash browns. Despite how unbelievable I found that, it was still entertaining. And made me very, very happy to be curled up under a duvet with an extra large cup of tea. Reading about adventures is sometimes just as good as having them yourself -right? (Or at the very least it is when you’re a clumsy homebird).