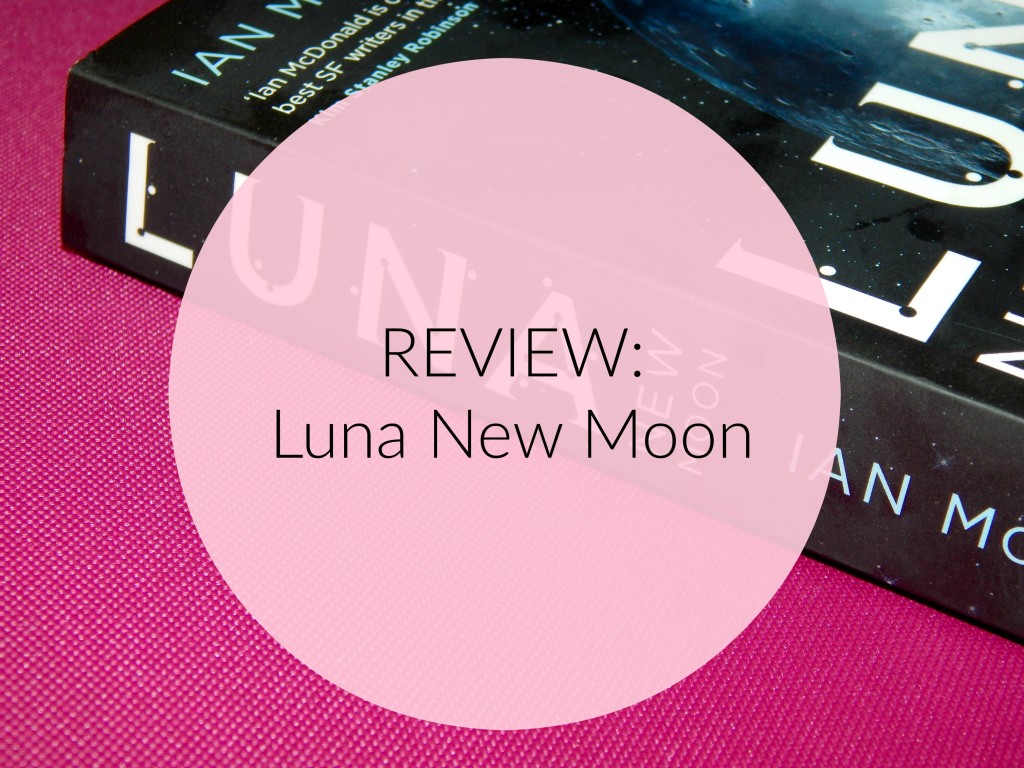 Recently, I was lucky enough to be sent two books from Ian McDonald. These were both from the same series, and I was given them to celebrate the release of Luna Wolf Moon, the sequel. I was so desperate to start them after reading the synopsis that I’ve already raced through book one and have got started on book two. While I’m reading Luna Wolf Moon, I thought I would share a little bit about Luna New Moon with you. I’d never heard of it until recently but I enjoyed it so much that I wanted to do my bit to spread the word about it.

“Dona Luna, the sigil of the moon-runners. The patron saint of the moon: Our Lady of Life and Death, Light and Dark, one half of her face a black angel, the other a naked white skull. Lady Two-Face. Lady Moon.”

Luna New Moon tells the story of the Corta family, the newest of the five dynasties that claim the moon as home. Their matriarch has built an empire from her helium business and her five children have inherited considerable wealth and power as a result. Unfortunately, they’ve also inherited her enemies. This novel follows the Corta children and grandchildren as they navigate the dangerous politics of the moon and the dangers of the environment itself. 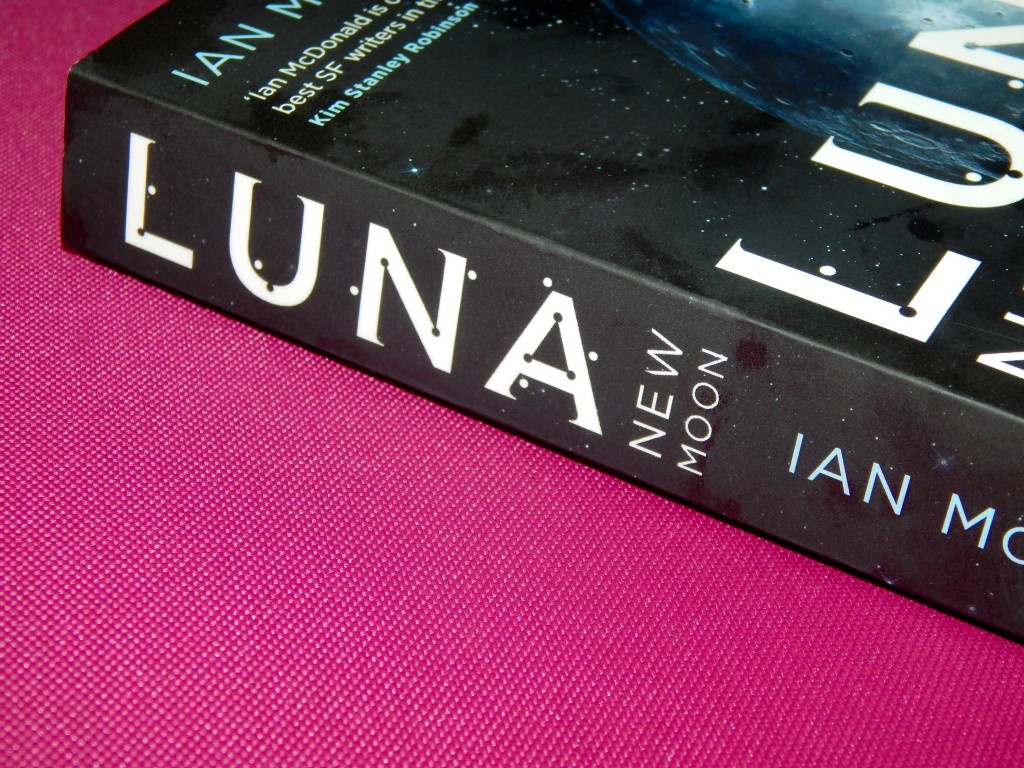 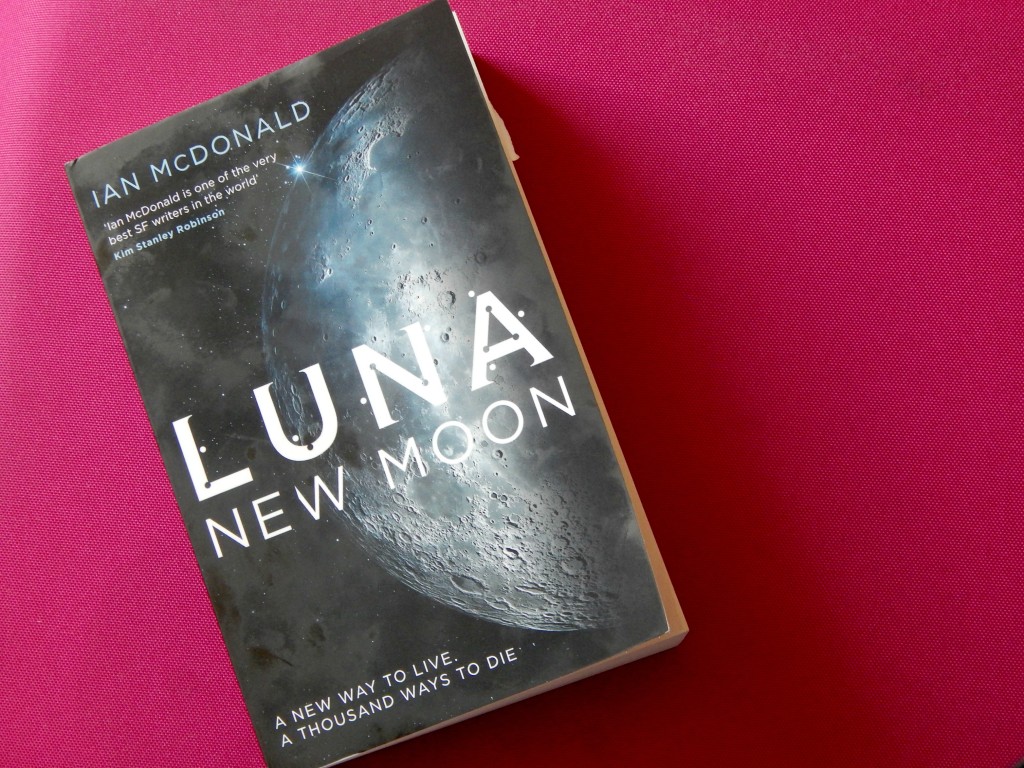 This is an epic tale, jampacked with action and interesting characters. I was hooked from the get go and rooting for each of them in their personal battles. I loved the world that McDonald had created and the peeks into its workings that he gave us. The moon was as much a character in this book as the Cortas and a dangerous enemy to make. Combine a setting that is gearing up to kill you and plenty of family enemies and you have a book that will keep you on your seat. Towards the end, I was so invested in the characters that I was genuinely worried about them and gasping as things sped up.

Luna New Moon is a book with plenty of scope and a credit to Ian McDonald. It is epic and exciting sci-fi that reeled me from the opening chapters. In fact, I read the whole thing in one weekend as I was so desperate to know what happened. That enthusiasm has carried on and I am loving watching the story unfold in the sequel, though you might have to wait a little longer to hear my thoughts on that!