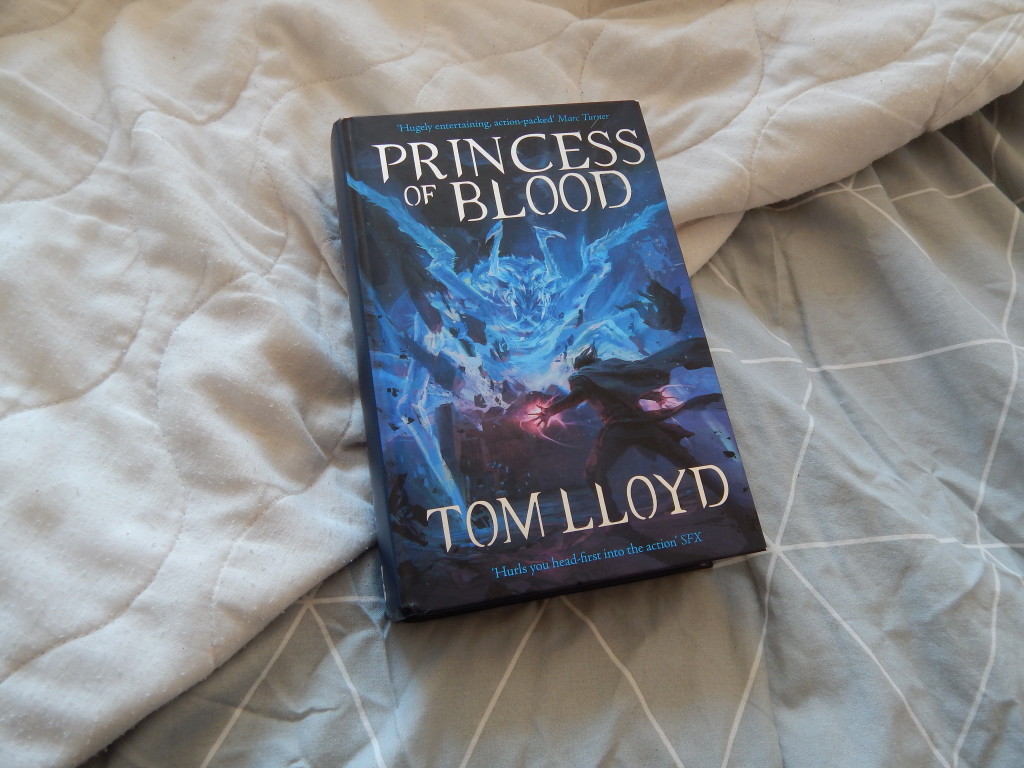 Don’t you just love it when a sequel lives up to the first book in a series? Luckily for me, that was true with Princess of Blood*, the second book in Tom Lloyd’s The God Fragments. It follows on from Stranger of Tempest, which I reviewed here. It’s very hard to review a series without mentioning some spoilers so if you haven’t read the first book yet, and are intending to, it might be worth looking away now

For those of you that have chosen to stay, let’s have a brief overview of the first book, shall we? In Stranger of Tempest, we meet Lynx, an independent mercenary, grappling with the horrors of his own past. Somewhere along the line, he ends up falling in with a group, known as the Mercenary Deck. He also saves a young night mage, who becomes a protege of sorts. Although it’s not his usual scene, Lynx begins to see how joining a group has its advantages, especially when a seemingly simple mission takes quite a few turns for the worst.

Lynx is still part of the Mercenary Deck when Princess of Blood opens and travelling somewhere new for a mission, as ordered by Toil. They travel to the ancient city of Jarrazir, which houses a lost labyrinth with secrets of its own.

Yet again, Tom Lloyd excels at fast paced action that leads a reader through a brilliant fantasy world, packed full of not-quite heroes and mistakes. There are innovative quests and adventures abounding for the Mercenary Deck, which serve to keep the reader on their toes. It makes for exciting reading, just like it did in the first book. As the world expands, Lloyd loses none of the quality that attracted me to Stranger of Tempest. In fact, I can’t wait to see what brilliant new heights the rest of the series will reach.

There are wonderful characters in  this book, who are terribly flawed but mostly likeable. Often, they miss the right decision by miles but don’t descend into bad guy territory, or not completely. It was brilliant to see more insight into these characters in Princess of Blood and especially to see many of the relationships expand. I even found myself smirking along at their misdeeds in places, as if I too was part of the Mercenary Deck.