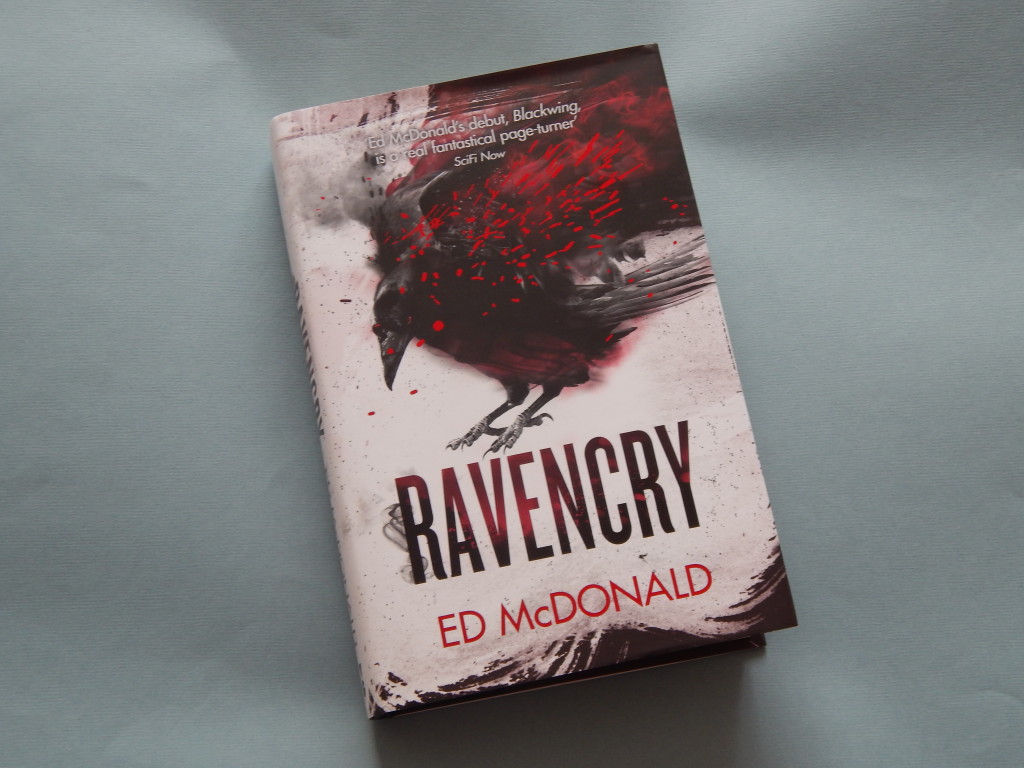 This book was…. everything that I wanted. This was one of my most anticipated releases of 2018 but I was still all kinds of nervous about it. I loved Blackwing, Ed McDonald’s debut, so much. I had absolutely no idea how Ravencry would live up to that or how it would avoid the second-book-slump.

Clearly, I should have a little more faith in this author because the second book excelled.

Ravencry is set four years after the conclusion of Blackwing. Ryhalt Galharrow is still working as a Blackwing captain, still drinking too much, still haunted by the events of Blackwing. But the world around him is changing. His city is under attack and increasingly overrun by a new religious faction, who zealously worship something known only as the Bright Lady. When Crowfoot’s vault is breached, Galharrow is given new orders: find what is stolen and get it back. If only it was that easy.

Once again, I was struck by how much I love Galharrow. He’s a hard man and gritty, but a fantastic character. He’s a man that does what he has to, even when it’s unsavoury, to get things done. This was never truer than in Ravencry when we saw him pushed to new limits.

It was also particularly intriguing to see how his relationships, both new and old,  have changed since the events of the first book. Galharrow still carries the scars of Blackwing and it definitely impacts the place he sees for himself in this new world. In this book, we are also introduced to some new characters, who I absolutely loved. I really hope that we get to see more of them in later works or else I might just have to demand some. If I could have an entire spin off about Amaira, that would be great.

Ravencry was just as fastpaced and intense as Blackwing, showing how this author excels at creating thrilling works. Ed McDonald constantly ups the ante, with a series of dark twists I never could have anticipated. I was hooked, particularly as the second half of the book gained momentum. This is the section of the review when I really want to discuss the specifics because they blasted me into emotional turmoil but I am determined to avoid spoilers. Just know that this book takes Galharrow and his companions to depths I couldn’t have anticipated as McDonald expertly weaves a tale of betrayal, loss and uncontrollable power.

I had high hopes for Ravencry and it smashed through every single one of them. Dark, gritty, brutal – it was everything I wanted for the next book in the Raven’s Mark series.

If you fancy checking out other people’s posts, there is a whole blog tour on at the moment! 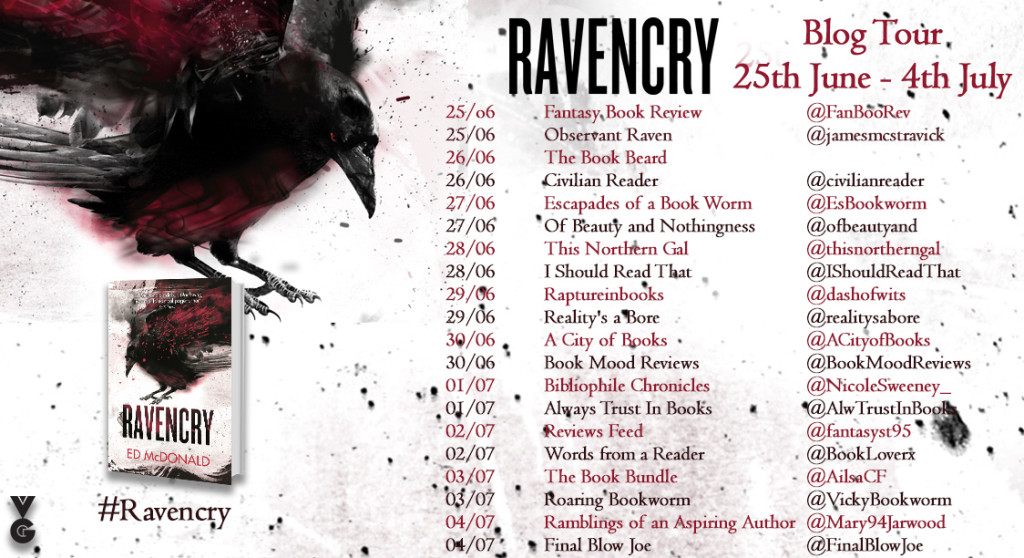 P.S I was sent a copy of this book in exchange for my honest review but the love is all mine.

P.P.S How beautiful is that cover???