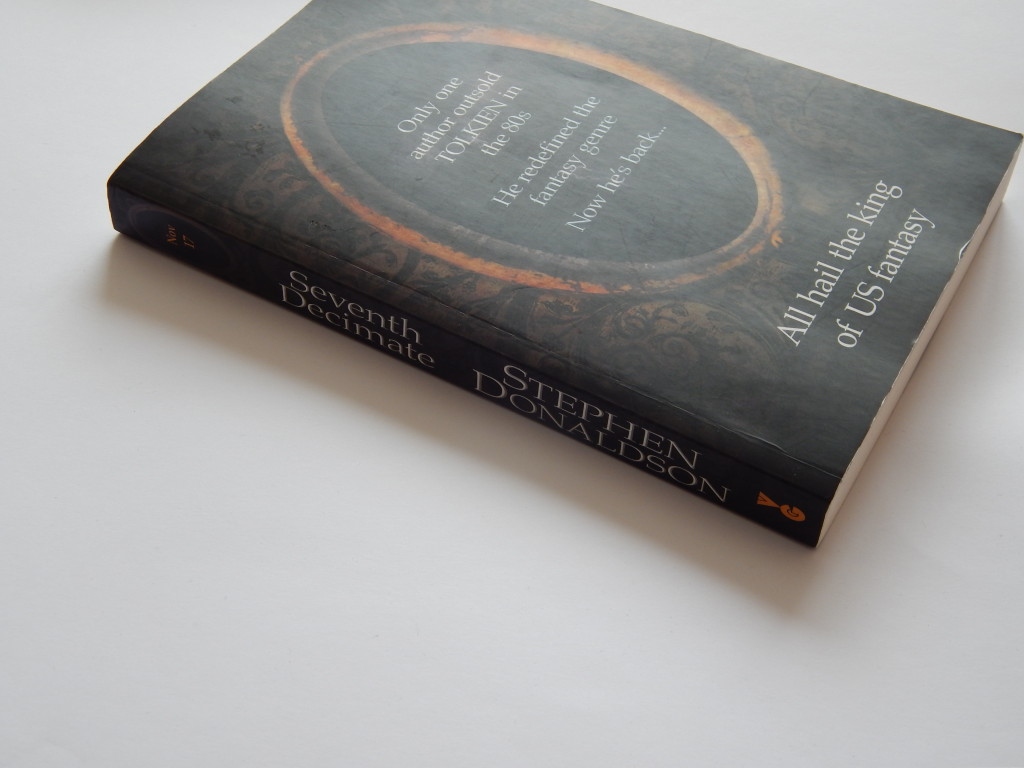 When I received an email talking about a new book from the man who changed US fantasy, I was intrigued. I quickly requested an ARC and waited impatiently for Seventh Decimate by Stephen Donaldson to arrive*. While I was waiting, I did a little research.

Stephen Donaldson wrote a bestselling series called the Chronicles of Thomas Covenant, which seems to be a bit of a staple in the fantasy genre. In fact, I’m a little ashamed to admit that I’ve never read it! After reading Seventh Decimate, I think I’ll be adding Donaldson’s other books to my wishlist to get a taste of more of the author’s captivating writing.

Seventh Decimate is an epic fantasy about a devastating war between two countries, locked in a bitter struggle between foot soldiers and sorcerers alike. Nobody can really remember why Amika and Belleger fighting, but Prince Bifalt knows that his country cannot last much longer. If he is to save Belleger, he must leave on a dangerous journey to the very borders of his map. There, he hopes to discover ancient secrets that will turn the tide of the all consuming war. His entire country’s future rests on a book called The Seventh Decimate and Prince Bifalt is determined to find it.

I really enjoyed this book. It was intense and frustrating and enchanting. Bifalt is not an easy man, hardened by war and loss. His desperation is palpable throughout the book and really hooks you. Though I found myself occasionally cursing his decisions, I was still rooting for him. I wanted him to win, even if that end goal changed as the novel progressed.

This is a novel of rich descriptions, of both character and landscape. You are truly immersed in Prince Bifalt’s quest across dangerous and unknown lands.

I’m also very excited because it looks like Seventh Decimate is the first in a series called The Great God’s War. I was captivated by Seventh Decimate, and can’t wait to rejoin the story in the future.

P.S As an ARC, my copy of Seventh Decimate doesn’t include the final design but how amazing does this sneak peek of it look: 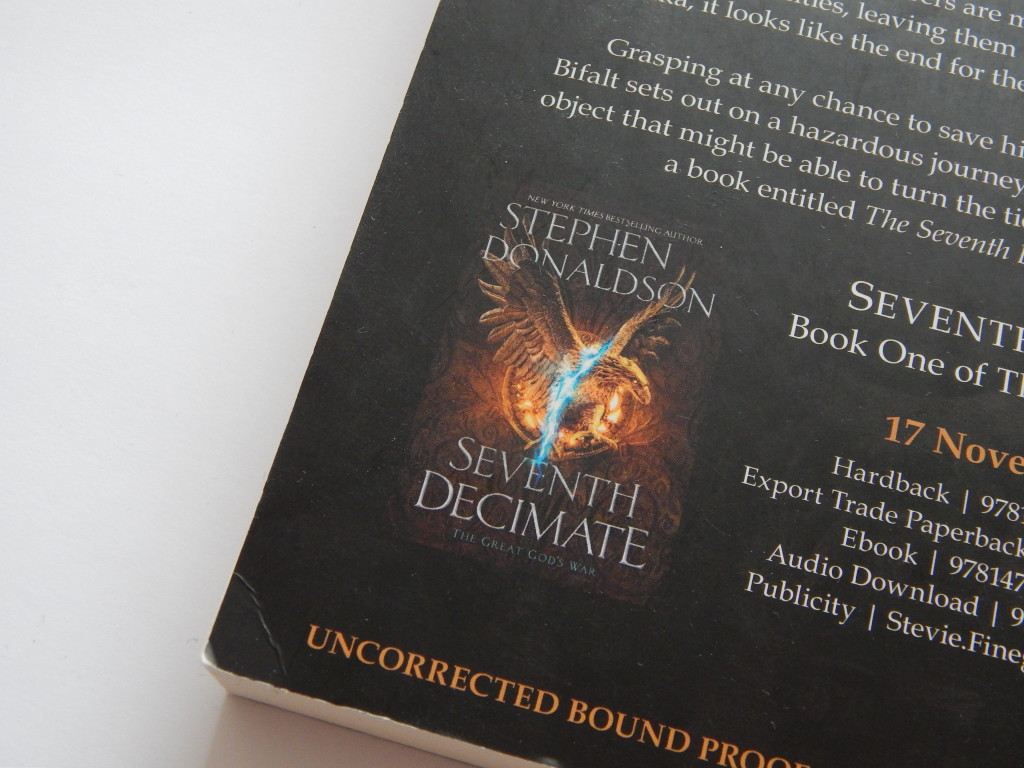