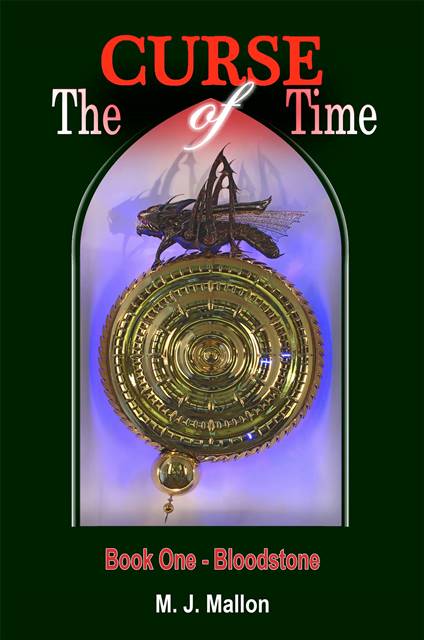 I’m so excited to be a part of the blog tour for M.J. Mallon’s The Curse of Time today. Those of you with keen memories will remember that I visited Cambridge not that long ago so when I heard about a book set there, I was certainly intrigued. A little further research told me that The Curse of Time was inspired by the Corpus Christi Chronopage clock, which really weirded me out when I saw it in person! If you don’t know what I’m talking about, you can see it on the book’s cover itself.

But I’m getting a little bit ahead of myself. The Curse of Time is all about Amelina, a teenage girl who receives a mysterious invitation. Her already crazy life takes a turn for the weird and unusual. She becomes fixated with the idea that there is a curse on her family and that she has to find a way to break it. Along the way she finds herself in a world that revels in the strange and mysterious. This world building was where M.J Mallon excelled. It allowed her to be wonderfully creative, which in turn meant that I was sucked into the world of The Curse of Time. I particularly enjoyed the way the writer seemed to be inspired by fairy-tales, though in quite a twisted way. From strange reflections in the mirror to vanishing black cats, there was a familiarity in the characters that was really welcoming. They were all presented in new and creative ways however.

This is particularly apparent in the character of Amelina, who is creative and artistic. This meant that her art and poetry were brilliantly woven throughout The Curse of Time. It added a good extra layer to the novel itself.

I also really enjoyed the way crystals were used throughout the text to make the world that Amelina inhabited. It would be interesting to see how this is expanded and sustained in the rest of the M. J Mallon’s writing, particularly in the sequel to The Curse of Time.