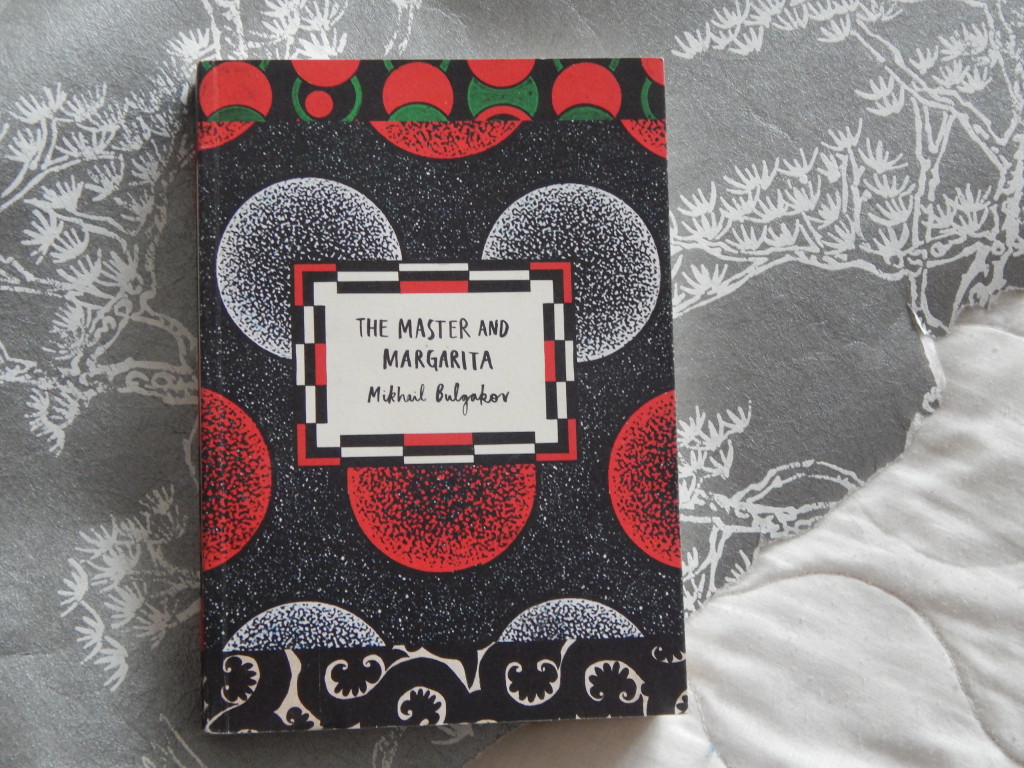 An embarrassingly long time ago now, my friend Damian and I met up in Newcastle and decided to do a little book shopping (of course). We ended up doing a little book shopping with a difference: he bought me a book that he thought I should read and I returned the favour. Damian was kind enough to gift a copy of The Master and Margarita to me, as I am woefully under-read when it comes to translated literature and particularly the Russian classics. I read Anna Karenina during my degree and did enjoy it but had to admit that I was more than a little intimidated at the thought of reading beyond that.

The Master and Margarita seemed like the perfect place to change that. It’s all about the chaos that descends on Moscow when a strange man and his curious companions arrive. Society is shaken by its new addition, and the many complications that are left behind. Only two individuals seem to be able to resist. Yep, you guessed it. The Master and Margarita.

As they become swept up in events, the novel really comes into its own. I liked the first part but I LOVED the second. For me, that was where The Master and Margarita became truly insightful, funny and antagonistic all in one. I was utterly engrossed by Bulgakov’s writing and its potency. These are vivid characters, who are imperfectly human and flawed despite the supernatural influences.

I also didn’t expect to be laughing at it but there were some wonderfully dark comic moments in it that had me chuckling away. It’s certainly a rollercoaster read, resulting in a wide range of emotional reactions.

I found it particularly interesting because it had been so heavily censored when it first came out, presumably for its criticisms of society and its expectations. I think I might have to make more of an effort to read banned or censored books this year!

So, the big question: will I read some more translated literature? I hope so. Reading The Master and Margarita has certainly made me feel a little less intimidated by it, or at least by Russian literature but it still something that I struggle to get into. I do want to keep working at it though, so if you have any recommendations please do let me know!