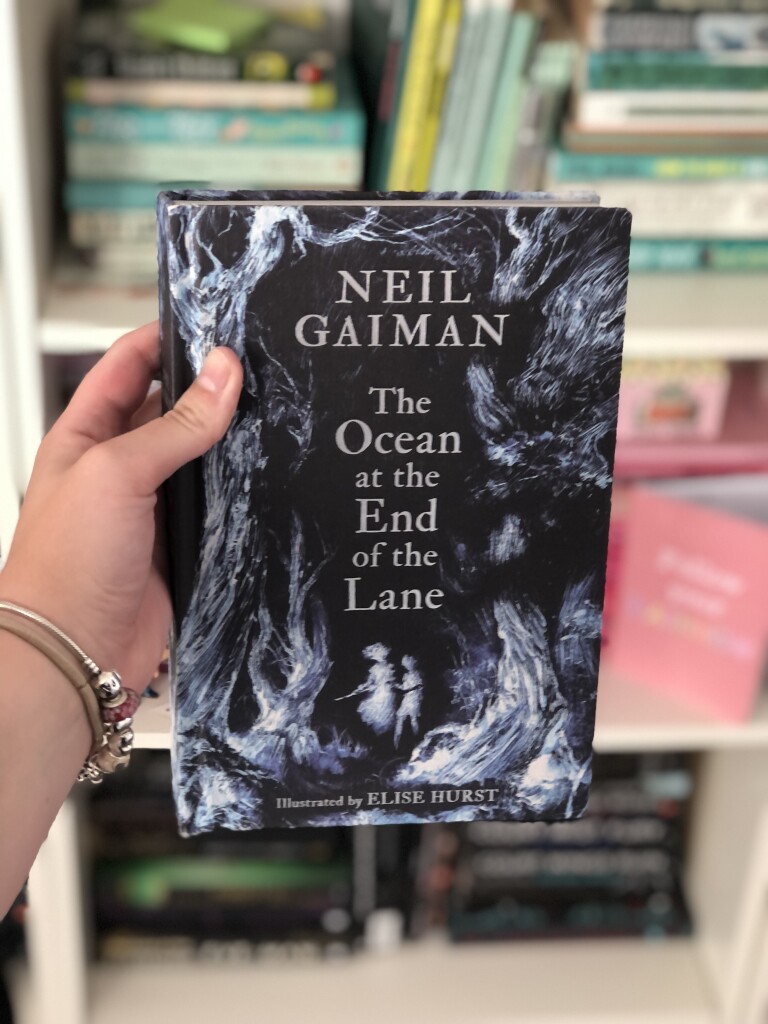 I won’t lie guys, I definitely only bought this book because I liked the cover (can you really blame me?) and I didn’t really know much about it. That’s probably why it’s sat on my TBR shelf for quite a while. But, I decided to take it with me for a weekend away and I’m so glad I did. It’s a truly magical book.

This is the story of a seemingly normal boy who befriends a seemingly normal girl on a seemingly normal farm. As with Neil Gaiman’s other writing, it’s never actually that simple. As you turn the pages, layers upon layers are revealed until you realise there is nothing seemingly normal at all. I loved the slow unwrapping of the ‘other’ side of this story as it truly felt like I was being let in to a secret. I won’t tell you what the secret is so you can discover it for yourself…

This book is packed with vivid and intriguing characters who are so well constructed that they truly feel real. You can imagine people like this existing in the forgotten corners of the world and the strange things they do being possible if you just looked hard enough. I truly loved them and it felt a little bittersweet to say goodbye to them at the end.

Neil Gaiman truly excels at the descriptions he writes in The Ocean at the End of the Lane. Every detail is compellingly vivid until you really can picture it yourself as you read. It was oh too easy to get swept up in this book, though again I’ll be deliberately vague on those details myself.

I really do think that this is one of those books where it’s best not to do know much about it before you pick it up. There’s magic in it and I’d hate to spoil it for you!