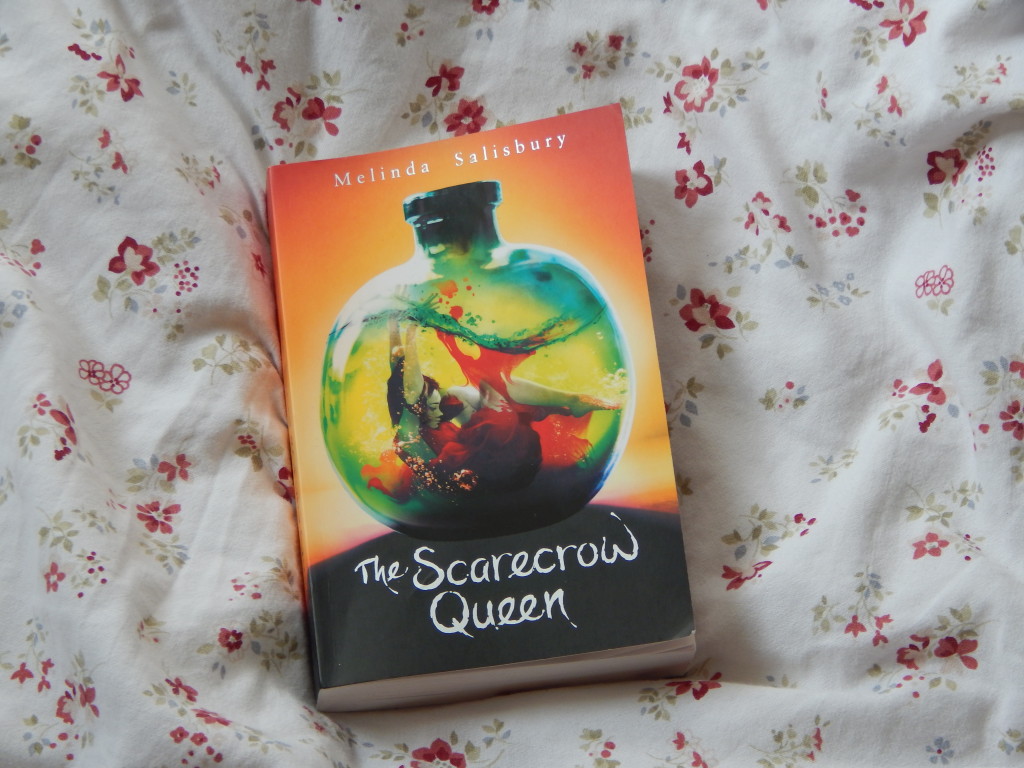 I finally, finally got around to reading The Scarecrow Queen and I am so excited to talk about it with you guys at last. The Scarecrow Queen is the final book in The Sin Eater’s Daughter trilogy by Melinda Salisbury. I talked about the second book here and went into a little bit more about why I decided to give the series a second chance. After reading book three, I am so, so glad that I did.

Since this is the third book in a trilogy, this review may contain some spoilers from books one and two. I won’t share any from The Scarecrow Queen but if you’re not quite caught up with the series or coming at it a fresh, you should be aware that there may inevitably be a spoiler or two in this review. The choice is yours whether you want to risk it and read on but I thought I’d give you a heads up in case you don’t want to know anything at all…

After an explosive end to The Sleeping Prince, the third book picks up where its predecessor left of. It follows both Twylla and Errin as they deal with the effects of the new king’s reign and fight for their freedom. For Errin, she is desperately looking for a way out of the sleeping prince’s grasp and his strange enchantment. Twylla on the other hand finds herself on the run, among the people who are left downtrodden and near defeat. The two strands of the story are woven together expertly to show the scope of terror and suffering that has swept through the lands.

As always, I am in awe of Salisbury’s world building abilities. This trilogy is set in a fascinating place where fairytales become living nightmares and apothecaries and alchemists work side by side. It really showed both the writer’s imagination and her mastery of the craft.

In particular, I loved the way botany was slipped between the pages. It showed a real knowledge on the writer’s part, as well as adding incredible depth to the characters and the world they inhabit. In fact, I found myself paying a little more attention to my nana’s gardening lessons while reading this book because I was so fascinated by the tidbits found in The Scarecrow Queen.

While I’ve always been a huge fan of Errin since her introduction in The Sleeping Prince, I found myself really rooting for Twylla in this book. I found her more than a little infuriating in The Sin Eater’s Daughter but she really stepped up and claimed her place on the stage in this one. Since a little wisdom and some self-confidence was what I desperately wanted for her in book one, I LOVED seeing her take that for herself in The Scarecrow Queen. Her character development may have been a slow burn but I’m glad I stuck around to see it because it was definitely worth it. Is it strange to say I’m proud of Twylla for it? Because I totally, wholeheartedly am.

I’m a little sad to see the end of this trilogy. It got bigger and better with every book. Melinda Salisbury held nothing back in this book and blew me away with it. I can’t wait to see what she does next.

P.S This post contains affiliate links to the books mentioned. It costs you nothing but helps me out if you use them. If you’re interested in buying The Scarecrow Queen, you can find it here.