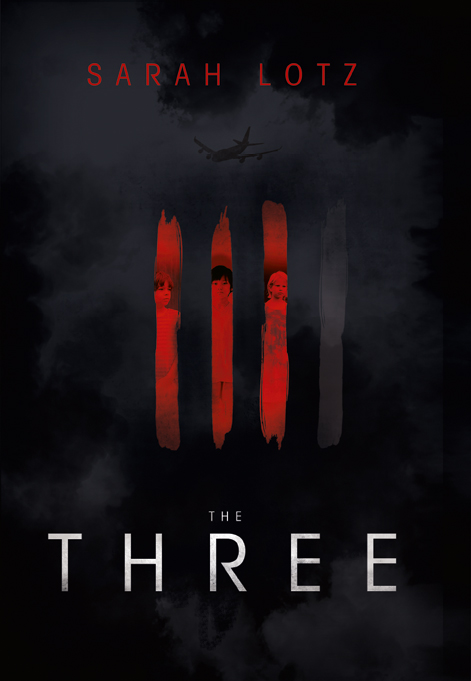 Tomorrow I’m off to London and Exeter for the South West Blog Social which means things might be a little quieter over here. I’m hopefully scheduling a couple of posts for you (fingers crossed it works) but if you want to keep up to date with my adventures, be sure to follow me on INSTAGRAM and TWITTER. xx

“Black Thursday. The day that will never be forgotten. The day that four passenger planes crash, at almost exactly the same moment, at four different points around the globe.
There are only four survivors.
Three are children, who emerge from the wreckage seemingly unhurt. But they are not unchanged.
And the fourth is Pamela May Donald, who lives just long enough to record a voice message on her phone.
A message that will change the world.
The message is a warning.”
Warning: do not read this book before bed if you’re particularly jumpy or live in a house susceptible to making strange noises. The Three* is delightfully creepy but sleep is real good for you unless you want to spend the next day craving coffee like there’s no tomorrow.
But then again,  I am a complete and utter wuss. Perhaps you can fare better.
The Three’s appeal lies in the fact that it is terrifyingly realistic. The book pieces together interviews and articles to tell the story of the three children who were the only survivors of four seperate plane crashes across the world. The subsequent media hype and fanaticism is eerily similar to what you imagine would happen if such a phenomenon was to happen. And trust me,  that’s pretty bloody scary and only gets worse.
Sarah Lotz is clearly a very talented writer, with each excerpt revealing it’s own distinctive voice. This is no mean feat when you consider the sheer number of characters she speaks through.
As with all good frights,  The Three doesn’t give you any answers. It let’s you peek through the curtain and then the rest is up to you. My brain has been whirring with theories and inadequate explanations since I stopped reading it. And for me,  that’s the sign of a really good book.
If I’ve tantalised your literary taste buds, The Three is available to buy now.If you read it,  let me know what you think actually happened!
Kelly x

2 thoughts on “REVIEW: The Three”