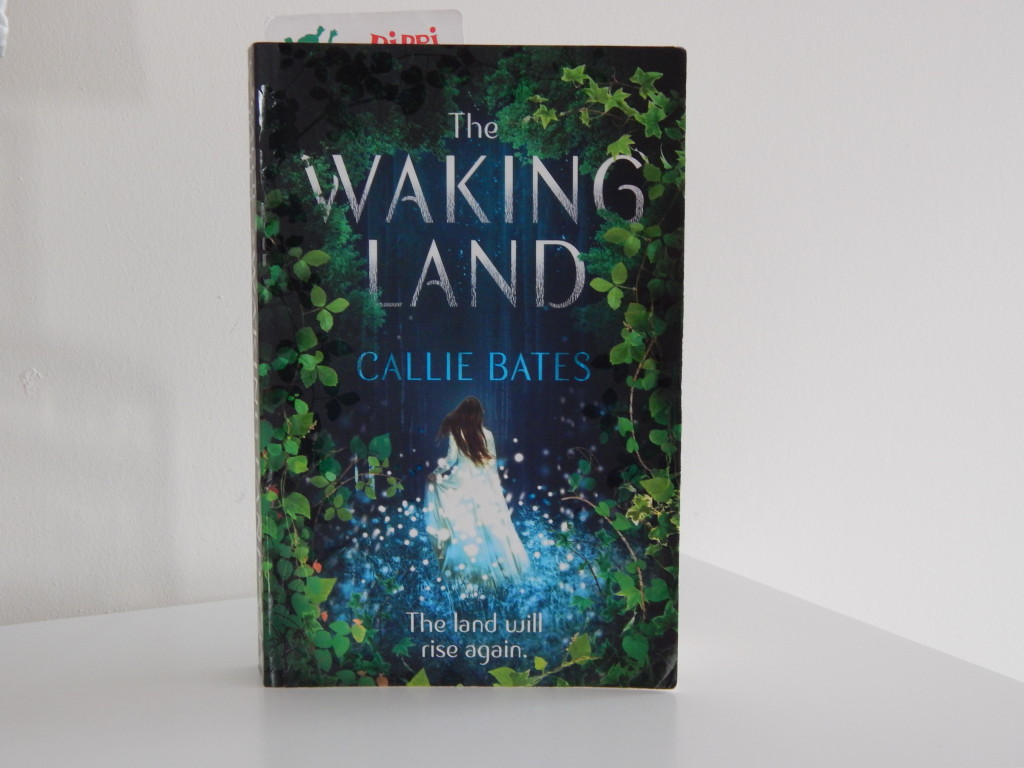 Looking for an intriguing fantasy? I might have just the book for you.

The Waking Land is all about Elanna, who has been the King’s hostage for fourteen years. Now a young woman, she is struggling to work out who she is. When the King dies and suspicious fingers begin to point in her direction, the little surety Elanna had in her life begins to crumble. The wake of all this chaos brings the magic Elanna has tried to ignore for so long back to the surface.

For me, I found the pacing a little slow to start with but as soon as Elanna’s life is shaken up, that problem went away. In fact, the pace really picked up during the second half, so much so that I couldn’t stop reading it. I stayed up (on a school night too) just so that I could devour The Waking Land. It was action packed and thrilling.

Alongside that, The Waking Land is home to a cast of compelling characters. Elanna is complicated and likeable. I also found it very refreshing that she wasn’t a warrior, didn’t intend to be one and was constantly looking for ways to achieve her goals without violence.

My absolute favourite part of the novel had to be the magic system in this book. It was unique, and yet rooted in recognisable mythology. Without giving too much away, it felt very ‘old Britain’ or celtic in its origins to me. The novel also handled a very negative attitude towards magic expertly. It was cleverly woven throughout to add an uncomfortable tension to The Waking Land.