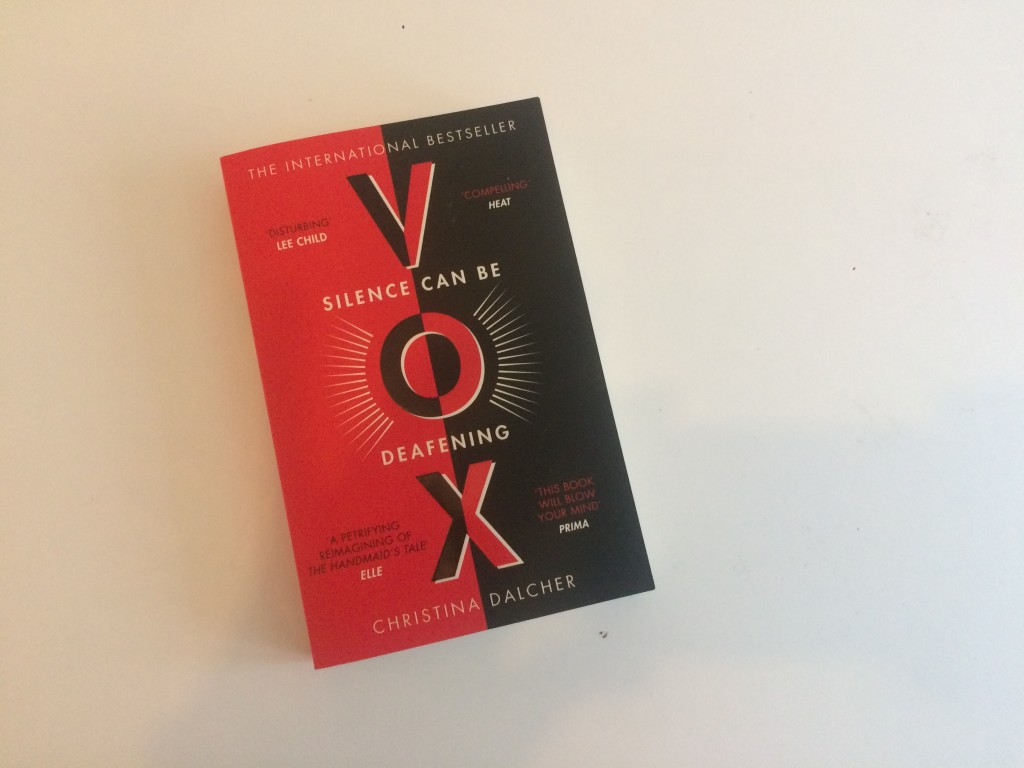 Oh I do love a good dystopian novel! I don’t turn to them all the time but I always seem to fall for them when I do.

That’s partly why I picked up Vox, which was being compared to The Power and The Handmaid’s Tale (two books which I loved). It had a really intriguing premise too which hooked me in right away.

Vox is the story of Jean, who was once a researcher at the top of her field and is now limited to saying just 100 words a day. If she speaks more than that, she is electrocuted. She is not the only one in this situation: the same is true for every woman in the country. Including her young daughter. Jean struggles to adjust to her new life as a Pure woman, especially as she sees the effect it has on her children. When the chance to rebel arrives, she takes it.

I thought Jean was a fascinating protagonist for this story and I really loved watching the way she interacted with the regime around her. What was particularly interesting was watching the effects on her family. In a lot of dystopia novels, families are seperated and the protagonist is isolated but trying to find her way back to them. However, Jean is trying to keep her family together, even is some of them are starting to believe in the very regime she wants to fight against.

It made for a really intriguing look into how these regimes gain traction and gain some perceived credibility. It was actually pretty scary and unsettling but it was such an interesting angle to explore.

The only thing I didn’t love about this novel is the ending. Not enough to not enjoy the book but just enough that I was slightly unsatisfying. Maybe I just don’t like a ‘neat’ ending in a dystopian novel. Read it for yourself and see what you think!

Vox certainly has an intriguing premise and a potent, yet timely message. That’s certainly enough to make it a winner in my books.