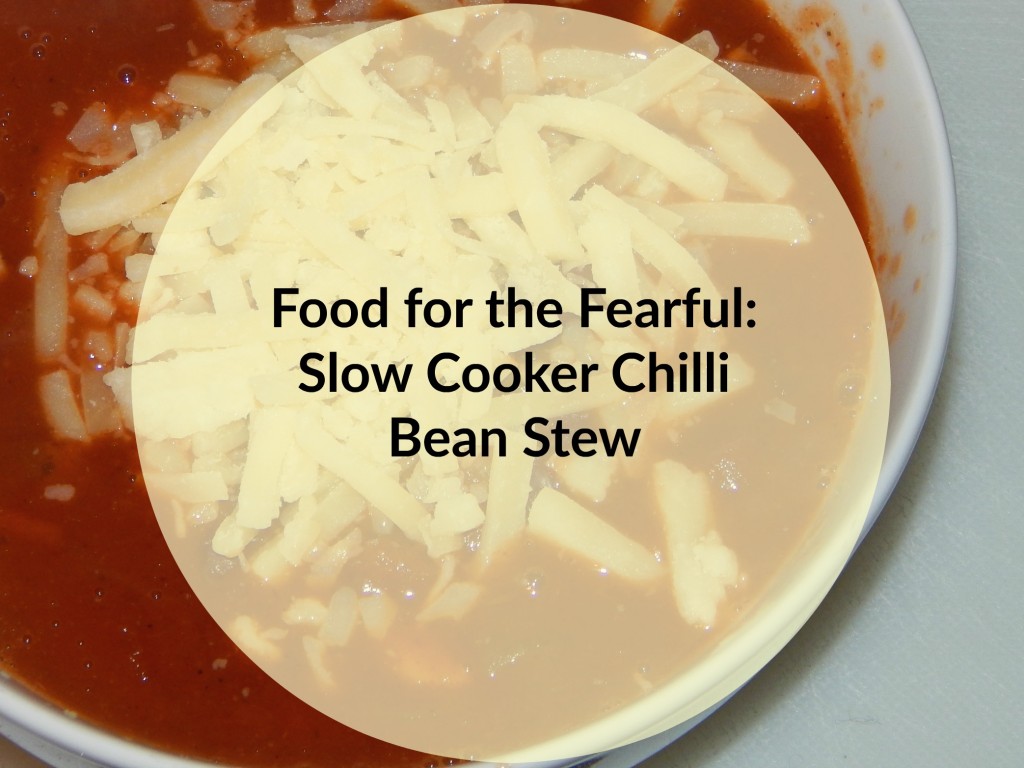 Not too long ago, I felt the beginnings of a dreaded cold. I knew I needed something to kick my immune system into gear so decided to make the chilli soup-stew thing that my dad used to. I say soup-stew-thing because as far as I’m aware there wasn’t a recipe for it. Or at least, not one that he shared with me.

This is my version of a chilli bean stew, which is the easiest thing ever. You chop some things up, open up some tins and throw it in the slow cooker for a while. It’s seriously tasty but doesn’t take much to make it. I made four or five portions from the following:

1 carton of chopped tomatoes with garlic and chilli

A  dash of chilli powder

A handful of grated cheese to serve 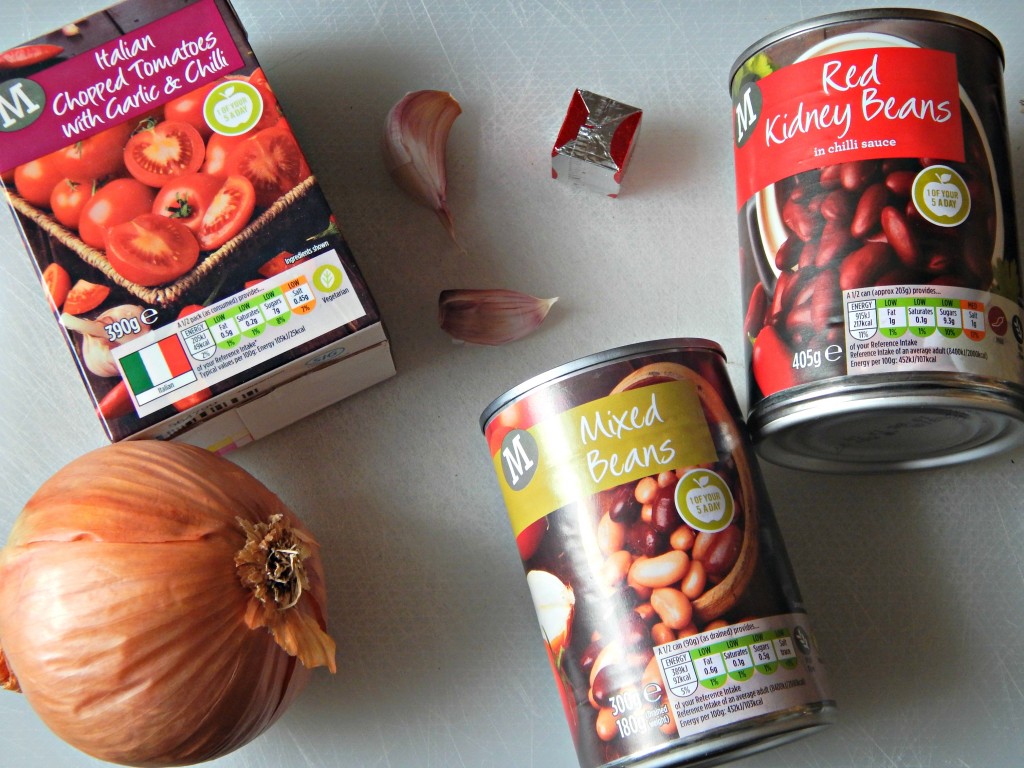 1) First things first, I roughly chopped the onions and garlic and sauted them. My slow cooker has a saute function so I did it in there to save on washing up!

2) Once they were nice and soft, I added the beef stock, the tins and the chopped tomatoes and stirred it all together. I also shook in a dash of chilli powder (probably between a half and a whole teaspoon depending on how spicy you like it).

3) Leave it in the slow cooker on a medium heat for 3 hours, stirring occasionally. When the beans are soft and there’s a nice thick sauce, it is ready!

4) Dish up and add a handful of grated cheese to the top. 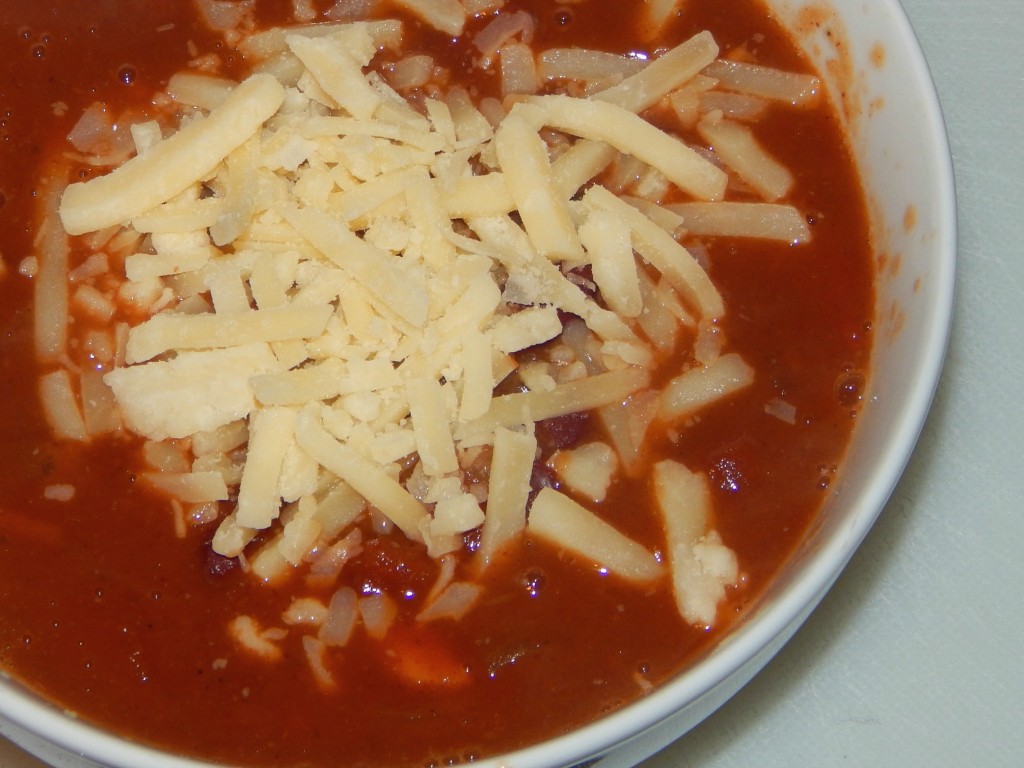 And that’s it! It’s super simple but really comforting on the chillier winter nights. I have an Instant Pot slow cooker, so all I did was throw things in and press the ‘slow cooker’ option.

If you make it, please let me know or tweet me a picture!

4 thoughts on “Food for the Fearful: Chilli Bean Stew”