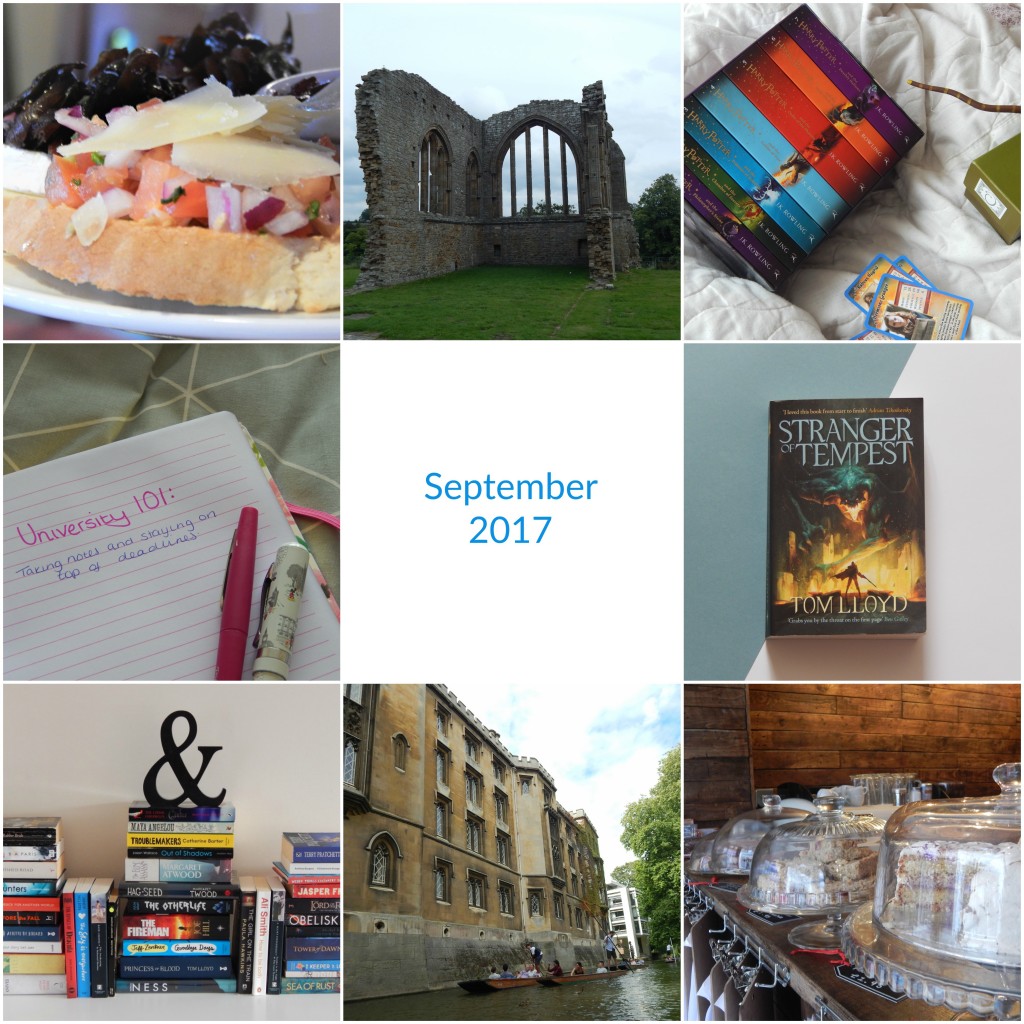 For all it was strange not going back to school this month, I can’t really complain about September. I’ve had plenty of time to do the things I love. You probably won’t be surprised to hear that I’ve been doing a lot of reading as a result! I’m still on a massive fantasy kick, which is good because I have quite a few waiting for me on my TBR.

I’ve also been working through my Harry Potter re-read this month. you can follow along with the hashtag #TNGreadsHP on both Instagram and Twitter, if you’re interested. I’ve loved it, but started lagging towards the end. I was just desperate to draw out the series for as long as possible. There were so many little details that I had forgotten from the books so it was a delight rediscovering those as I was reading.

Since I have a lot more free time, I’ve also been doing some extra classes, both online and in the evening. They don’t count towards anything official but I’ve been enjoying discovering some new things. I’m doing a mixture of things that might be useful for my grad scheme and things that just interest me. Most of them are free courses with Future Learn (which I would definitely recommend) but I’m also doing evening classes in creative writing and beginner’s French. I didn’t think I would feel like studying so soon after my degree but I found myself strangely missing it. They’re a lot less stressful than a degree of course, which helps.

September was also the month for seeing friends and exploring. I’ve been on day trips and weekends away. For a few of them, I deliberately turned my blogging brain off and just made the most of the time away. I’ve also been planning some trips for later in the year, which I’m very excited about!

It’s been a good month, blogging wise, so I thought I would share some of my favourite posts that appeared on This Northern Gal in September:

How was your September?