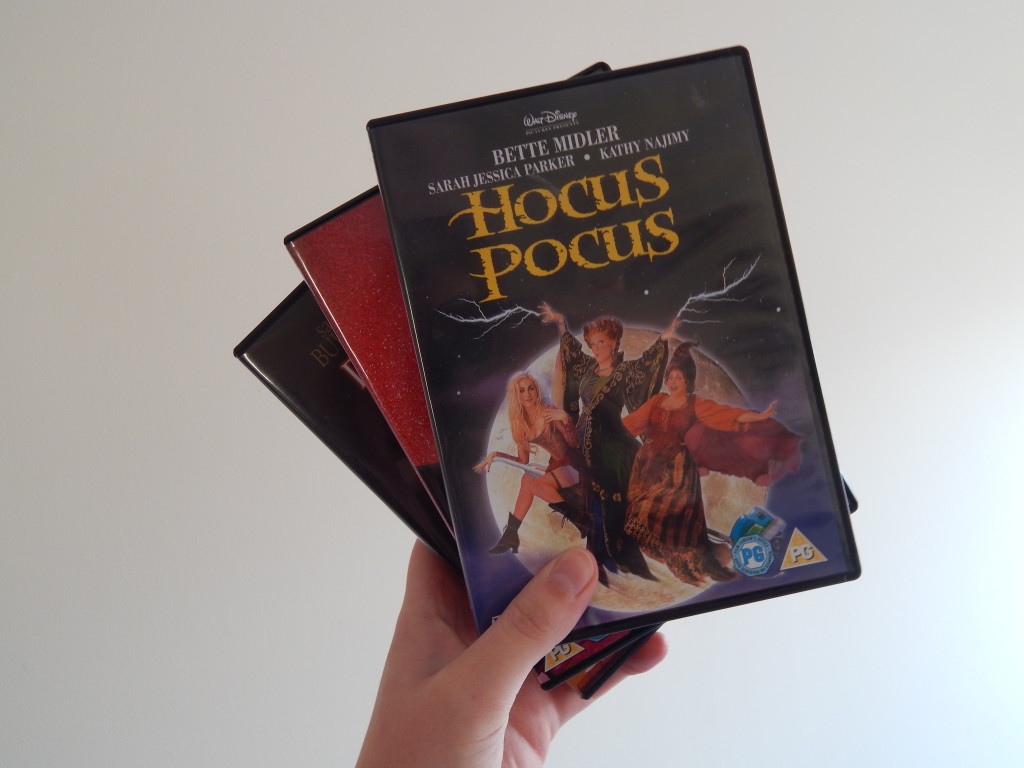 If you’ve been reading This Northern Gal for a while, you probably know that. I’m not exactly subtle about it. What it does mean is that there is no way you’ll catch me watching a horror film.

If you think the perfect Halloween involves a night watching The Blair Witch Project or The Conjuring, this probably isn’t the post for you. However if, like me, you want to get into the spooky spirit without a side effect of fear and nightmares, I have three recommendations for a Halloween movie night. Grab some popcorn, candy apples and the sweets you meant to keep for the trick-and-treaters. It’s time to cuddle up under the blankets with some tea and some Halloween films.

1. I couldn’t write this list without including Hocus Pocus. It is the ultimate Halloween film. Every year I argue with myself about how early is too early to watch this film. I mean I try to wait until at least October (I don’t always manage it) but I want to watch it as soon as the summer is over. Since it is a Disney film, it’s not too frightening, though there are definitely some creepy moments. It’s fun, spooky and guaranteed to get you in the Halloween mood. Oh and did I mention that there is even a song or two in it?

If you’re not sure what it is about, it’s the story of a boy who accidentally frees three witches. The Sanderson Sisters, as they are known, are determined to steal all the children so that they can be young forever.

2. I la-la-love  Practical Magic. I remember watching it as a kid and squirming at some of the magic scenes. It’s about the Owen sisters who happen to be witches. There’s also a curse on their family that means they struggle to hold on to love. For Gillian, this is the chance to live recklessly and with as much enthusiasm as she can while her sister Sally goes the opposite way.

This is a fantastic film, with some seriously feel good moments!

3. I’m throwing my two cents in and officially declaring The Nightmare Before Christmas as a Halloween film. I mean, I watch it from Halloween to Christmas most years but it feels like the perfect spooky film for this time of year. It tells the story of Jack Skellington, who decides he is bored of Halloween and wants to have a go at Christmas instead. Of course, it is nowhere near that simple and all goes terribly wrong. This is one of my fave films at this time of year and well worth a watch!