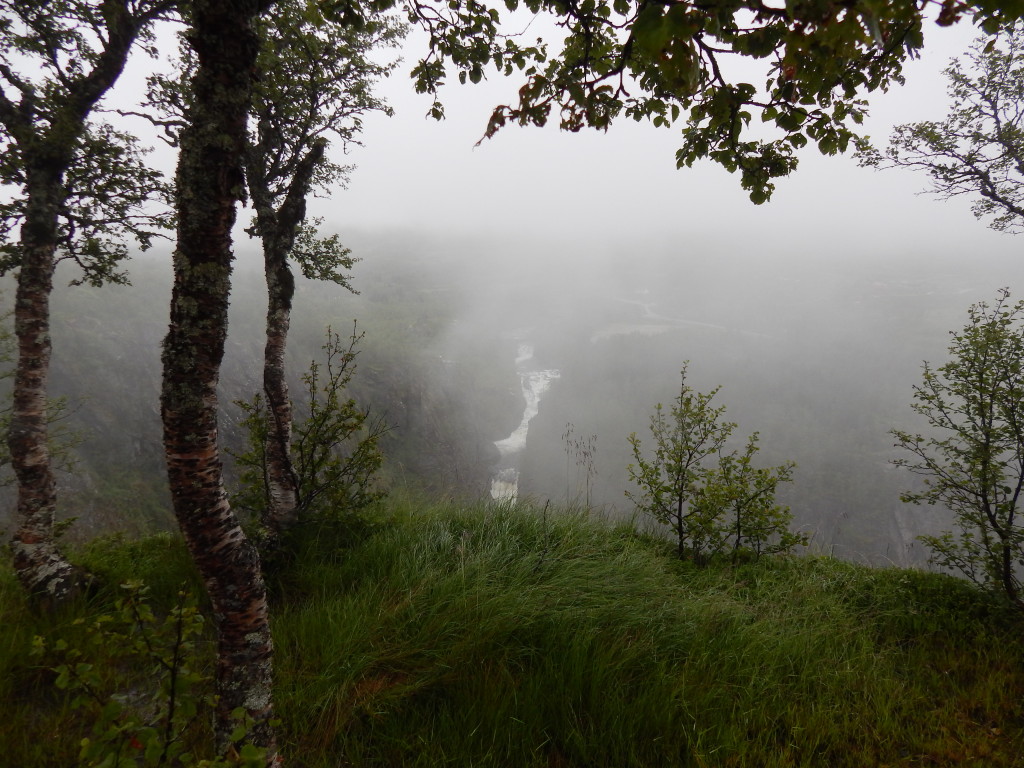 If you’ve been following This Northern Gal on Instagram, you’ll have noticed that I was in Norway recently. I was there with my family on holiday and had a lovely time. We were actually on a cruise, which meant that we saw a couple of different places while we were away. It was my first time on a cruise, , so I was more than a little nervous, which I’ll be blogging about soon. I have to say though that it did make this really easy. We didn’t have to worry about how we were getting from place to place and food was included too. We actually ended up doing excursions in a couple of the places so we could see things a little further afield.

With that in mind, I have to admit that I think it will be a little while before I’m on a cruise again. I was very lucky in so much as my family were paying for this holiday so I only had to cover excursions and spending money. Otherwise cruises are outside of my usual budget for travelling. Still, I’m very grateful that my family took me along and I got to experience a cruise in Norway and its fjords. Shall we get stuck in?

Where did we go?

Our cruise started in Newcastle. After that, we actually travelled to Dundee for the day so I got a chance to catch up with the Scottish city. We also had two days at sea as we travelled to and from Norway itself. During those days, I found a comfy seat and my book!

In Norway itself, we visited three main places. We had a day in each place to explore, either independently or with one of the organised excursions. 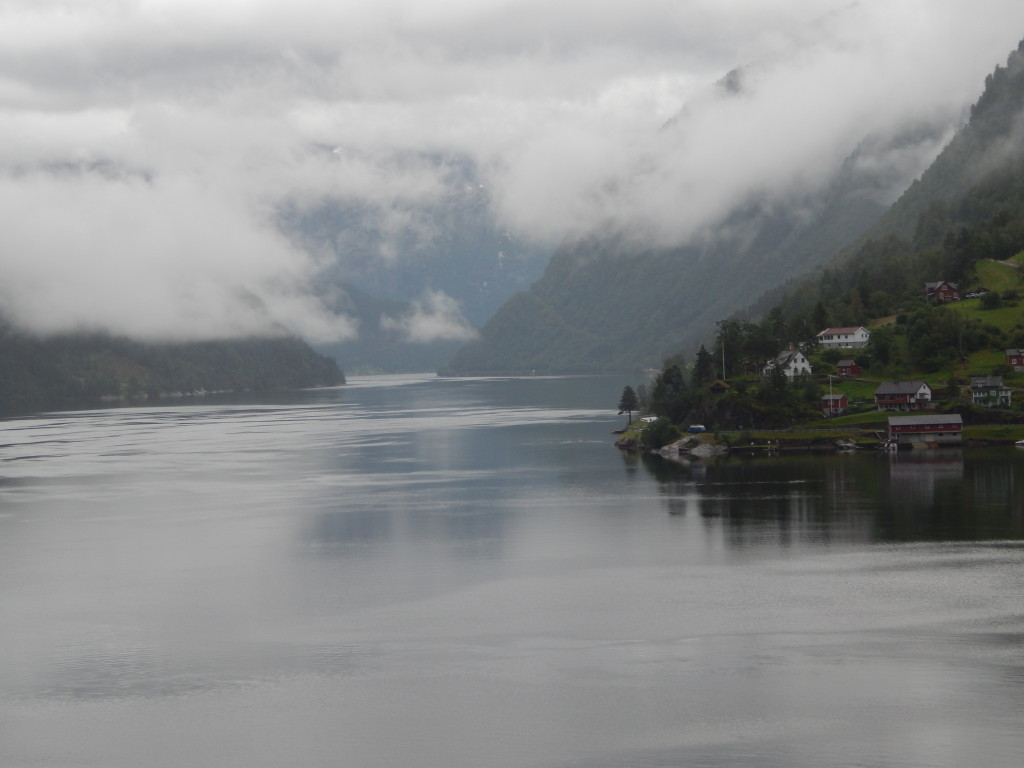 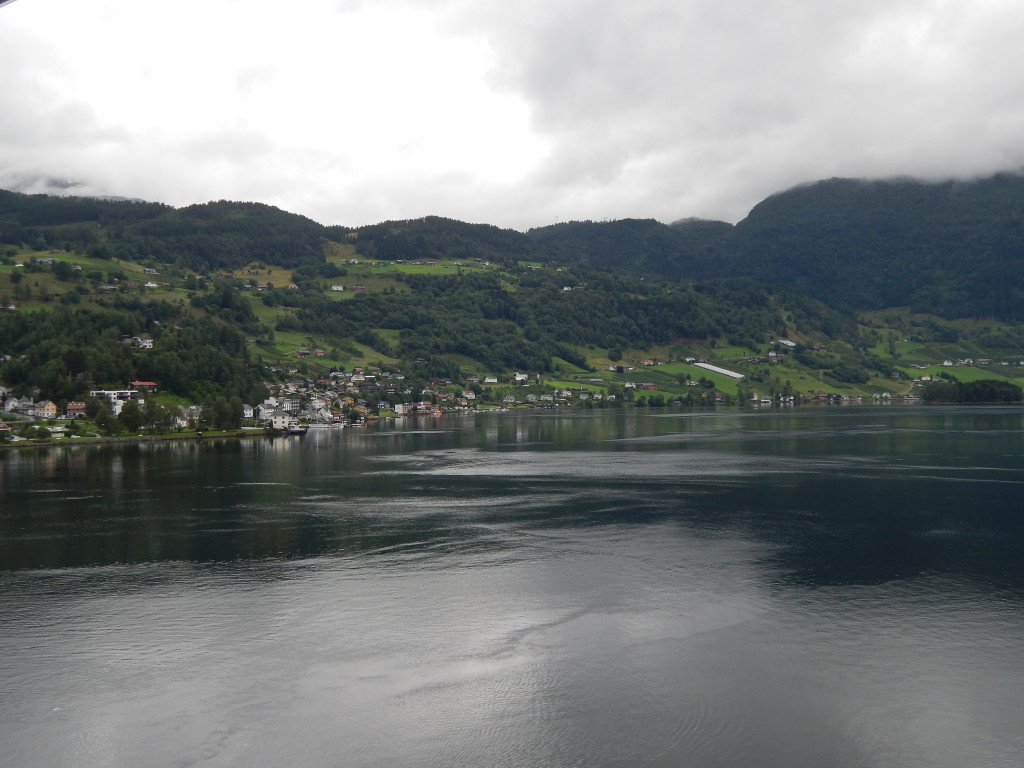 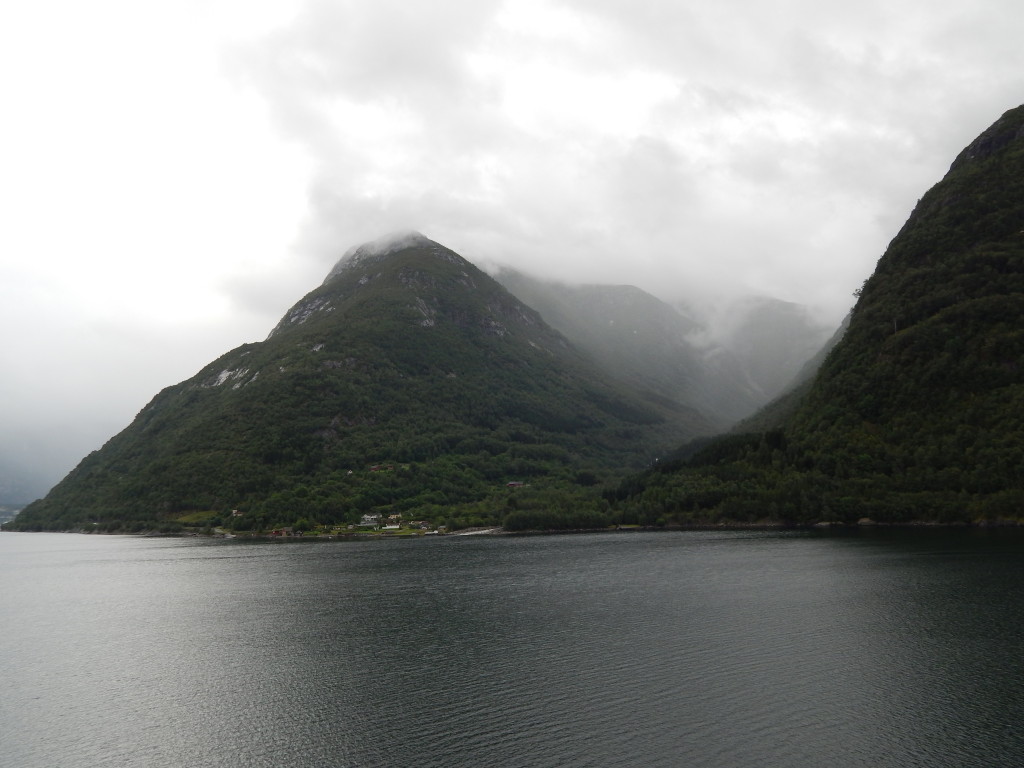 First up was Eidjford. Nestled in the Fjords, this was the place for scenic shots. It was a great first introduction to Norway and its beautiful, rugged scenery. We had been warned that there wasn’t that much to do in the town itself unless you fancied going for a hike so we booked an excursion which took us higher up into the mountains to see some of the waterfalls. That was phenomenal, though not for the faint of heart. Standing at the top of the waterfalls certainly gave me slightly wobbly legs, even though there were plenty of railings there. 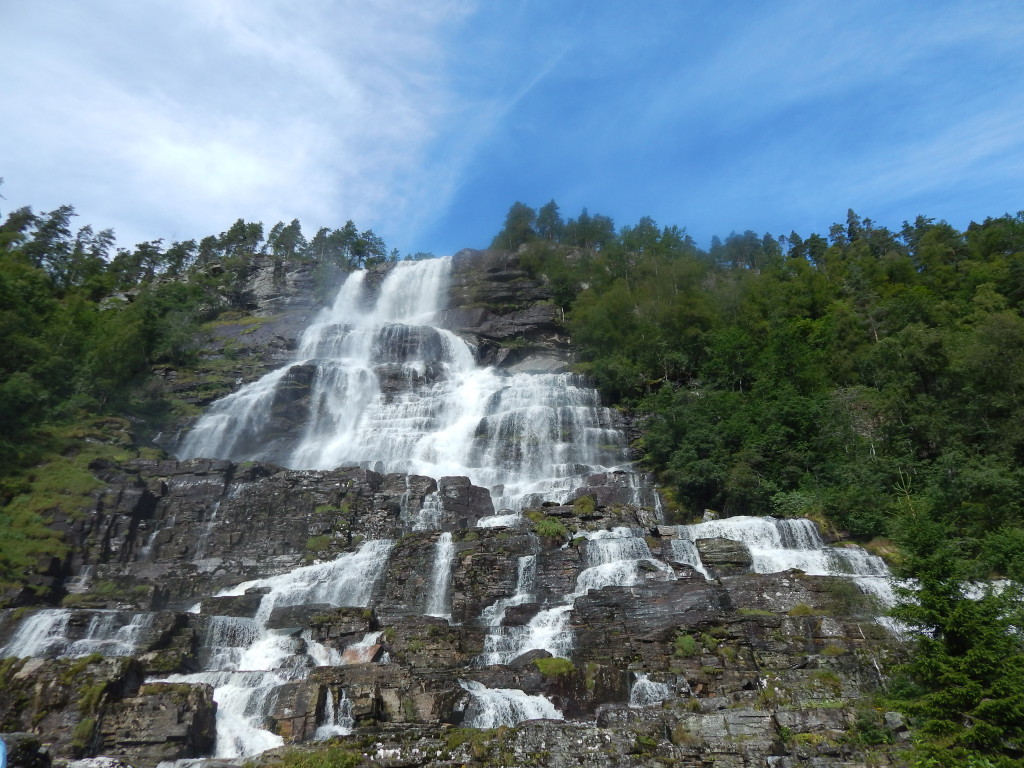 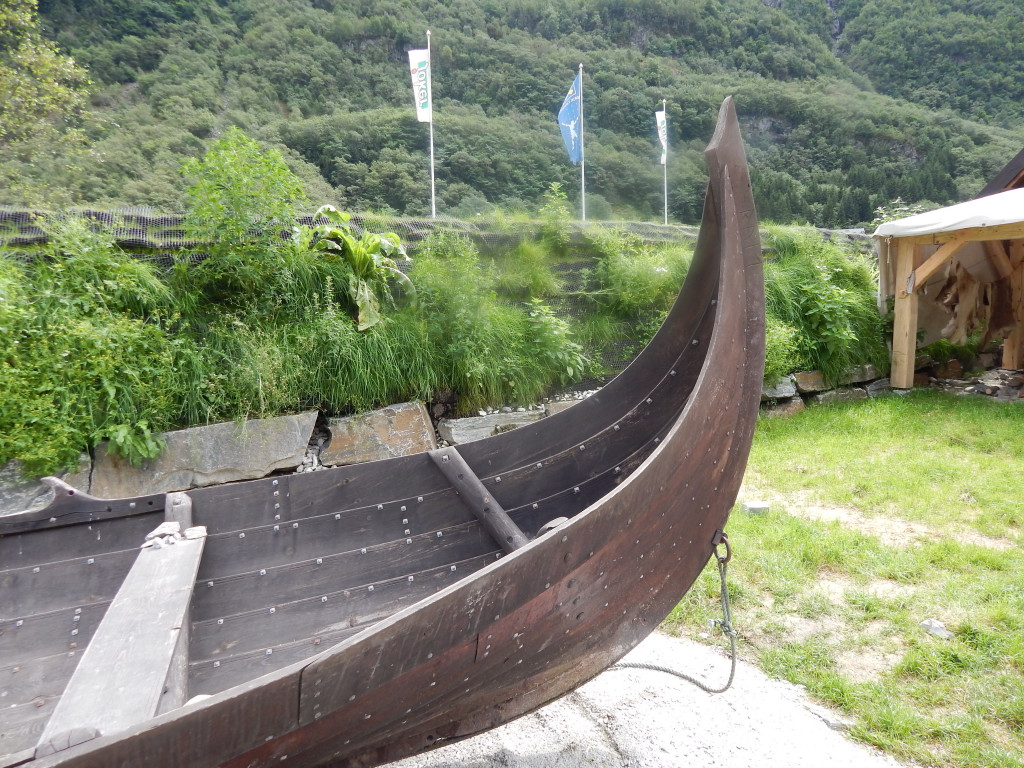 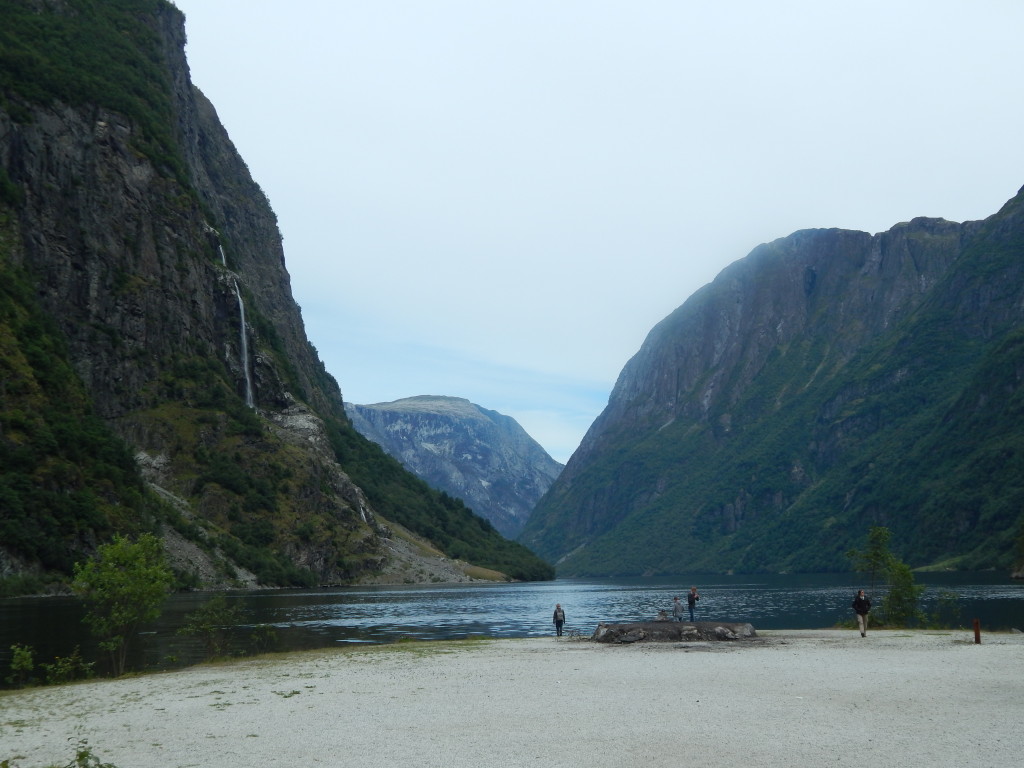 Flam was next. My nana and I actually did two excursions that day. We went to a newly opened viking village, which was really interesting. It is a local project aiming to dispel some of the rumours about vikings. I could happily have spent a lot longer there. As part of that trip we also saw another phenomenal waterfall and to drive down the scariest hairpin road. I certainly wouldn’t have wanted to drive a coach down the thirteen consecutive hairpin bends! After that, we met up with my parents to go on the Flam Railway which I would wholeheartedly recommend to anyone who gets the chance. We were told to sit on the right hand side in the direction the train is travelling which is advice I would definitely pass on to anyone who asks. It’s a great way to see just how impressive the landscape of Norway is. 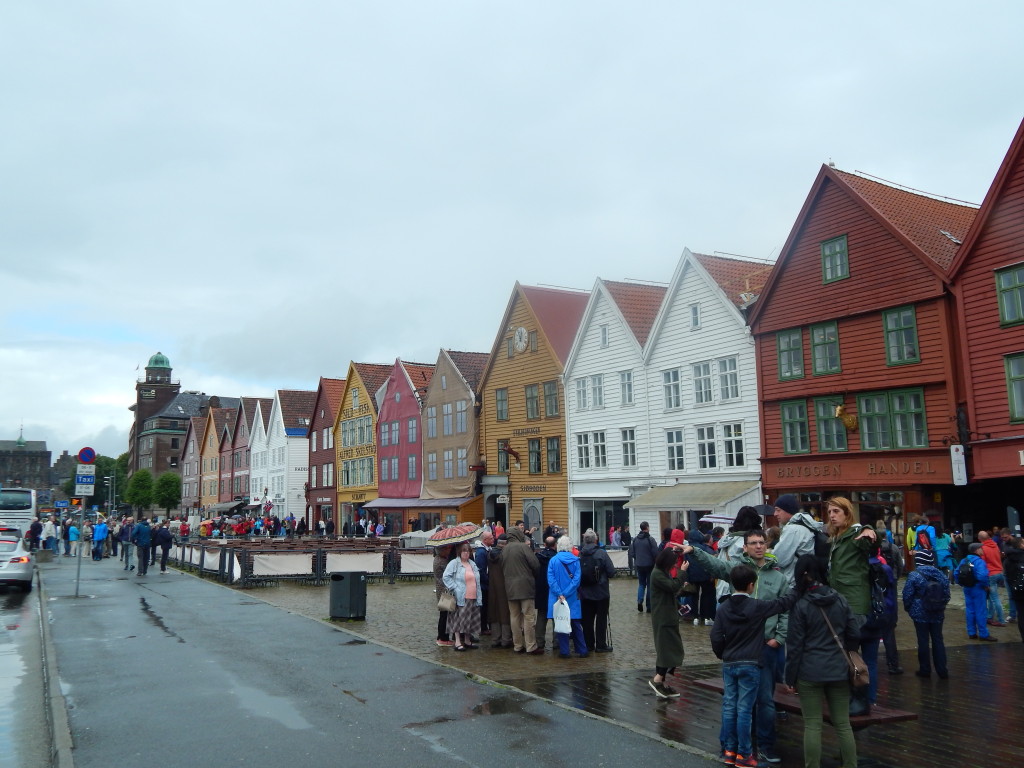 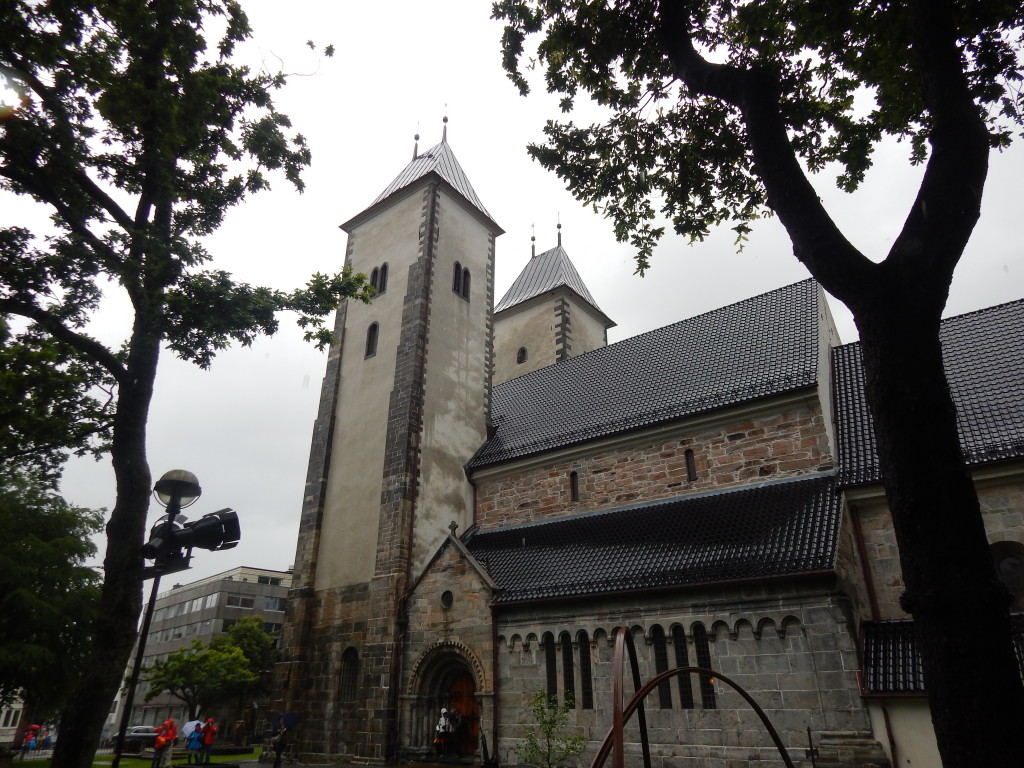 My favourite stop was Bergen, the second largest city in Norway and apparently one of the rainiest. Even though we got soaked through the entire time we were there, I would go back in a heartbeat. It was packed full of history, cute shops and lots of nooks and crannies to explore. I feel like we only scraped at the surface in our day’s visit.  I particularly loved dawdling through the old portion of town, which gives a taste of what the architecture would have been like a couple of centuries ok. We also found a lovely restaurant there, called 26 Degrees North which we all really enjoyed.  We didn’t do an excursion in Bergen but instead took our time mooching around, especially when it came to looking around the fish market. There, we tried some local cuisine which was probably the highlight of the entire trip for me.

Would I go back?

Yes! Like I said, I would like to go back to Bergen. I would also love to visit some other places in Norway, if I get the chance. This was a flying visit so it gave us a great taste of the country but I feel like there is so much more to explore.