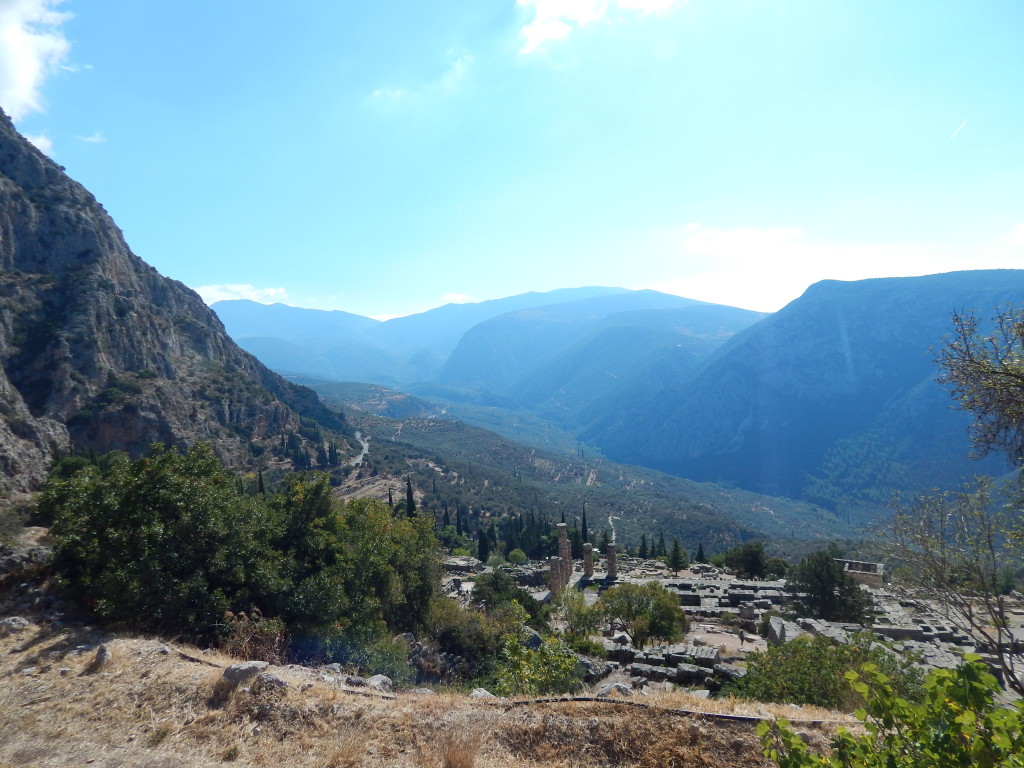 If you couldn’t tell by the Instagram spam, I recently went on a little holiday to Greece with my nana. It was amazing. Holiday-of-a-lifetime-amazing. I also mean that in so much as it was expensive, tiring and utterly brilliant. It wasn’t the kind of holiday you do all the time.

While we were in Greece, we managed to go to Athens, Delphi, Olympia, Epidauros, Mycenae, Nafplion and the Corinth Canal. For context, we were away for seven nights. We managed to squeeze a lot into this holiday! As well as sharing some photos from my trip, I thought I would give you a little more information about it, just like I did when we travelled to Rome, Paris and Berlin earlier this year. Grab yourself a cuppa and dive in; I think this might be a long post… 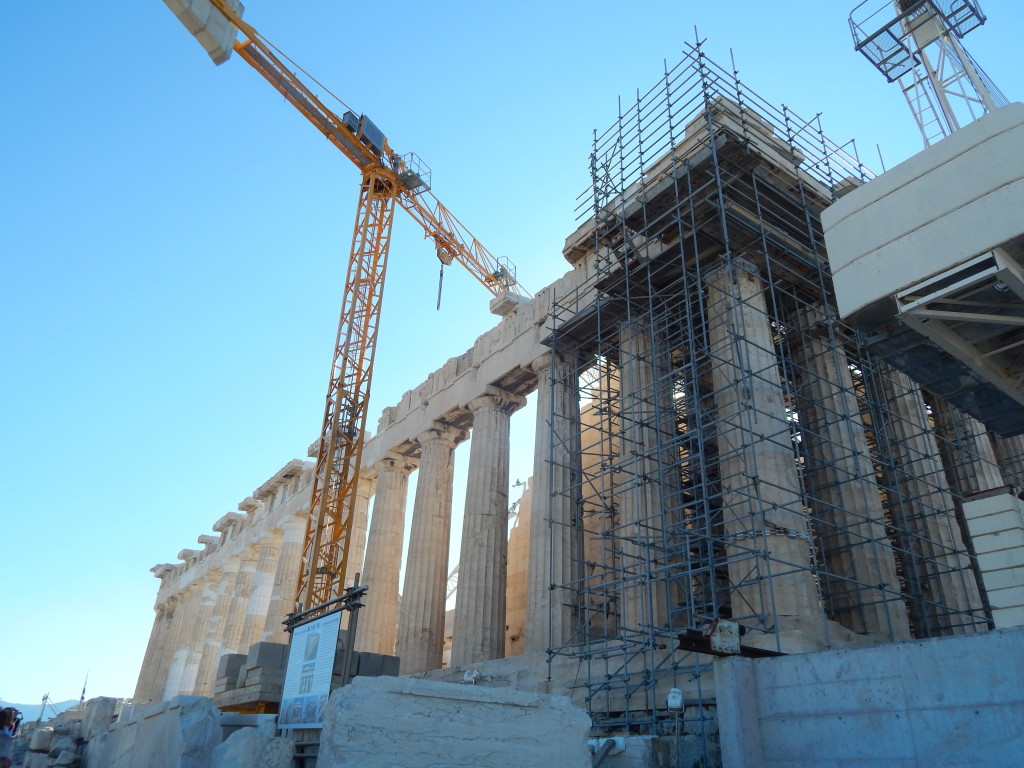 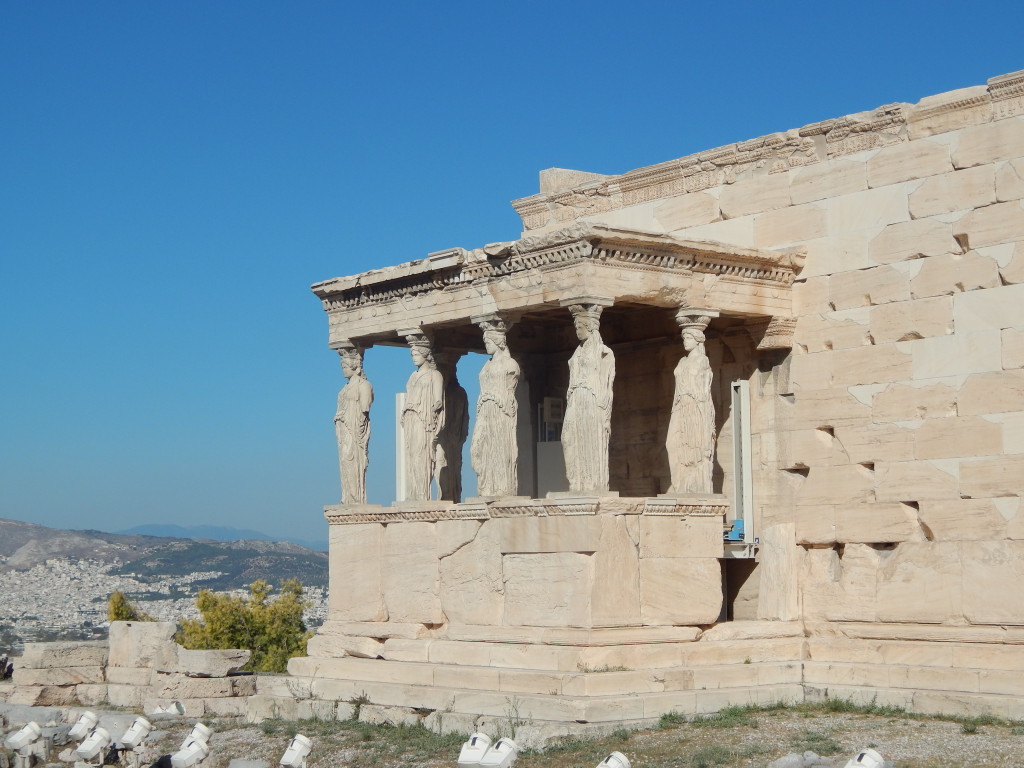 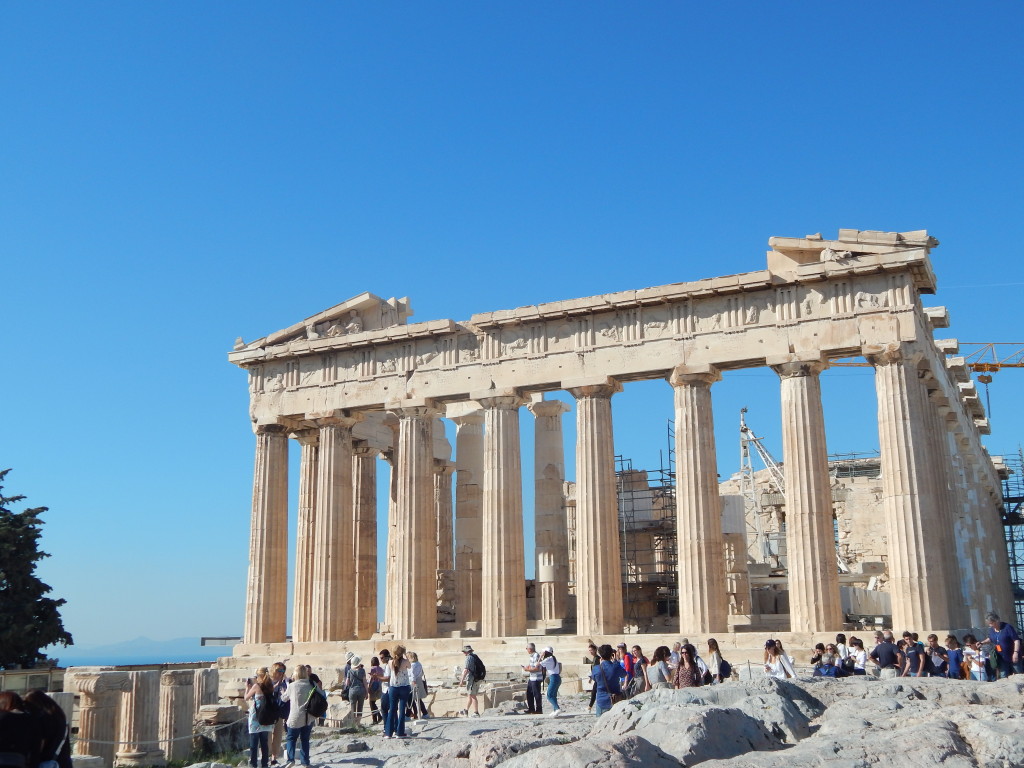 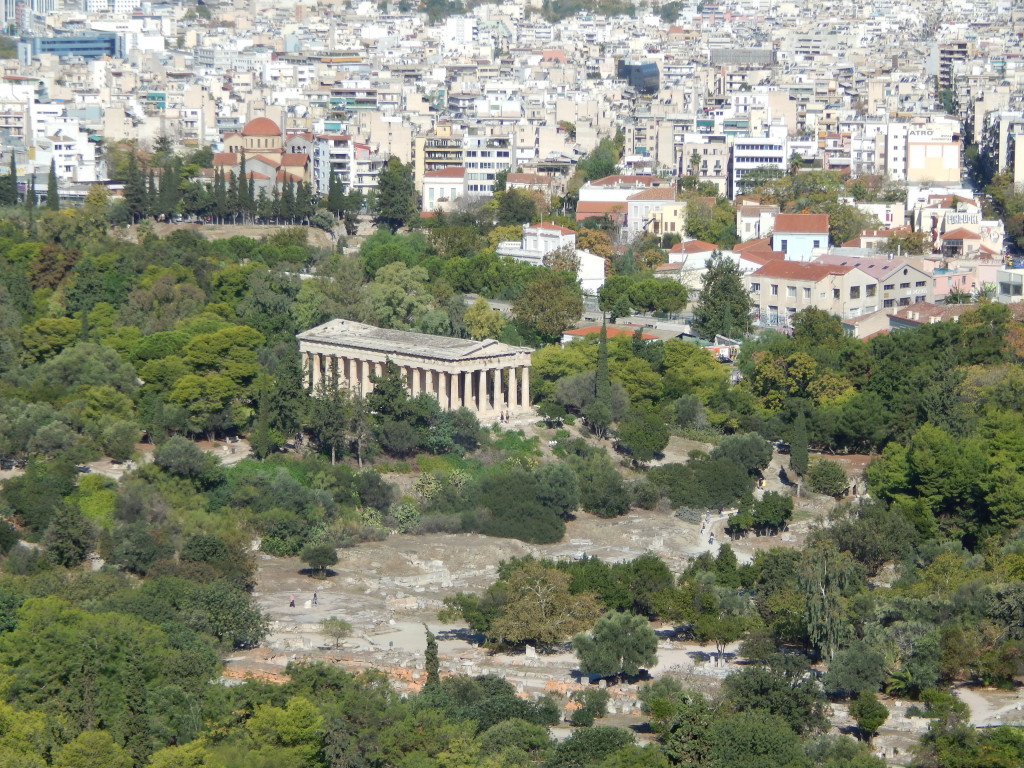 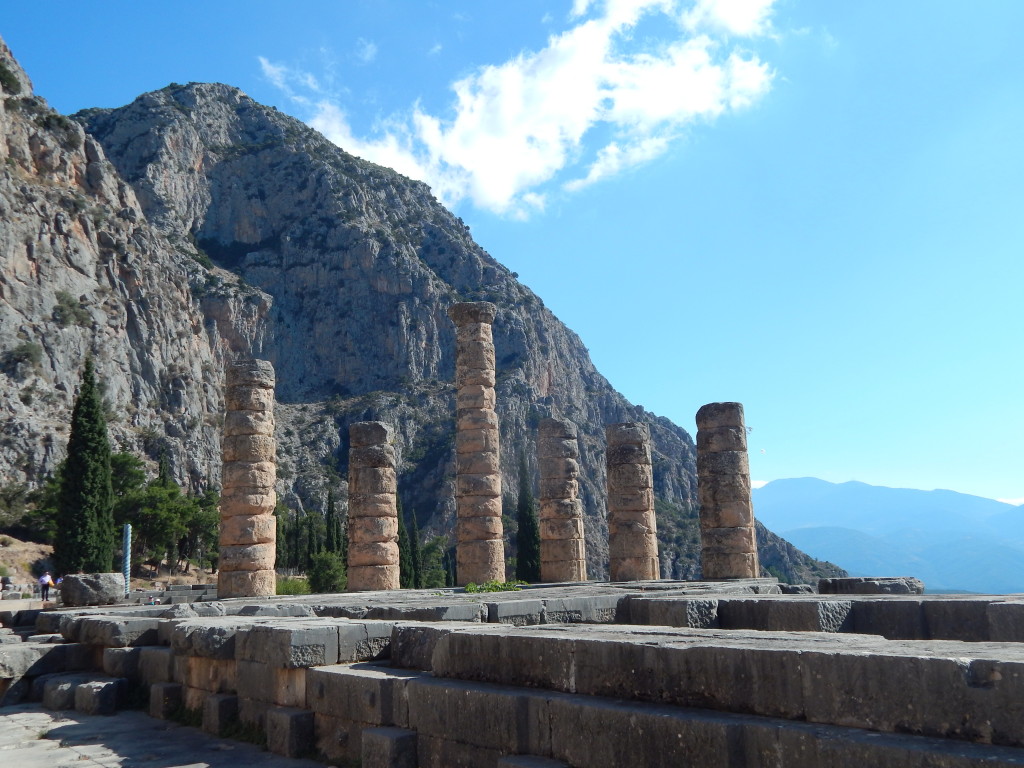 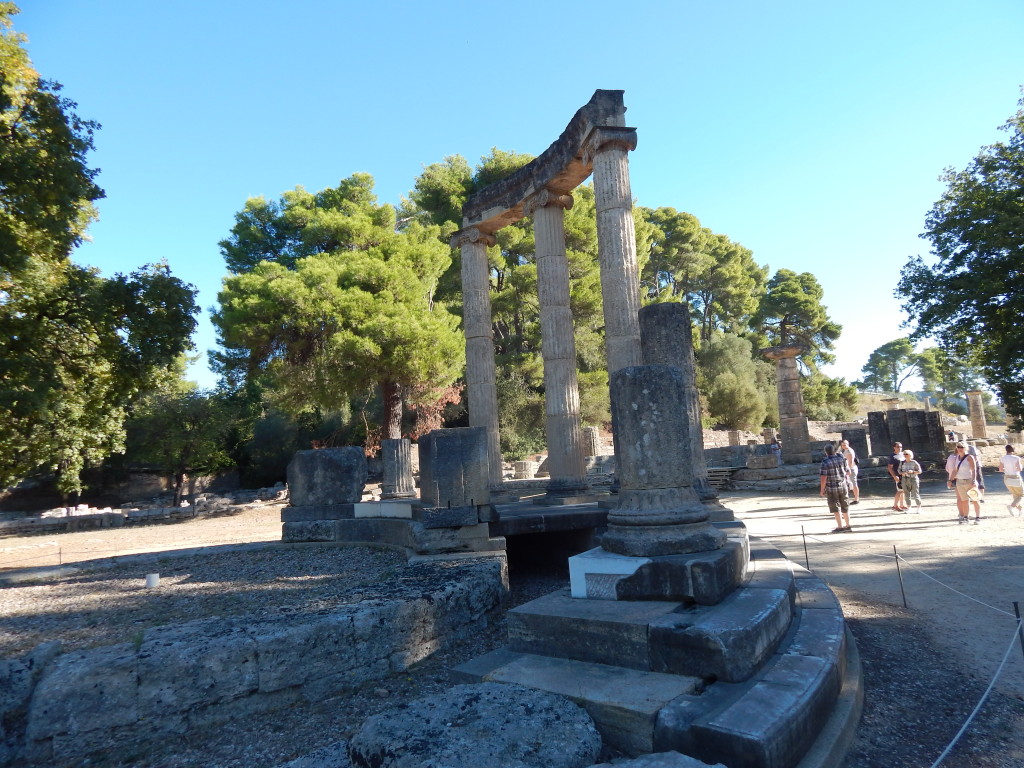 What did we do:

As I mentioned, we spent seven nights in Greece. We didn’t stay in one place however but did a lot of travel (by coach) around the country to see a lot of the temples from Classical Greece. It’s one of the things that I studied while at university so I was in nerdy heaven!

Most of our time was in the sites and accompanying museum but we spent our evenings exploring the area we were staying in, eating the loveliest food and reading. The good thing about doing an organised tour meant that we didn’t have to plan anything which meant it was really stress free.

Even though we went in October, there was still beautiful blue skies and it was in the 20s most days. It was perfect for me, as I don’t think I could have coped with the summer temperatures!

How did we do it:

After looking at how much travelling was involved, we decided to go with an organised holiday with Riviera Travel. It’s the ‘Classic Greece’ tour if anyone is interested (I’ve popped a link here).

All we needed to to was organise our way to and from Manchester Airport and get on the flight they had booked for us. As soon as we arrived in Greece we were met by Riviera staff and they looked after us until we got back to the airport a week later. All our transfers, transport across Greece, flights and hotels were included in the price. Tour guides were also included, which meant that we got all the expert info on the sites we were seeing. This was really useful as there were a lot of things that you might have missed if you didn’t know to look for them.

There were about 40 people on the tour and I was the youngest. We didn’t spend every second with the other guests but did do a lot of chatting on the coaches/ at the sites/ over breakfast so if that’s not your cup of tea, it’s worth bearing in mind. With that said, everyone on our tour was lovely so I didn’t mind a good natter!

How did we keep the cost down:

To be completely frank, we didn’t. This was an expensive holiday. Entry into all the sites came to about 75 euros all together for each of us and lunches and dinners tended not to be included. I probably wouldn’t have been able to afford it if my nana hadn’t offered to cover most of my costs as a graduation gift. I am so, so grateful that she was so generous.

See what I mean about once in a lifetime?

However, you did tend to get free time for lunches and dinner so I could be a little savvier there. I also didn’t really do much shopping at all other than postcards and a couple of small things. It meant that while it cost a lot for the holiday itself, I didn’t spend much while I was actually in Greece.

Would I do it again:

I loved this holiday and would probably do something similar again. Doing an organised tour meant that I could see a lot more than I would have if I had been trying to organise travel within Greece by myself. It also made it stress free and simple.

With the cost however, I would only do another holiday like this if it was something I desperately wanted to see and could save for for a long time. It won’t become my new go-to way to travel by any means.

I would also definitely go back to Greece again, though I think I would like to see some of the islands next!