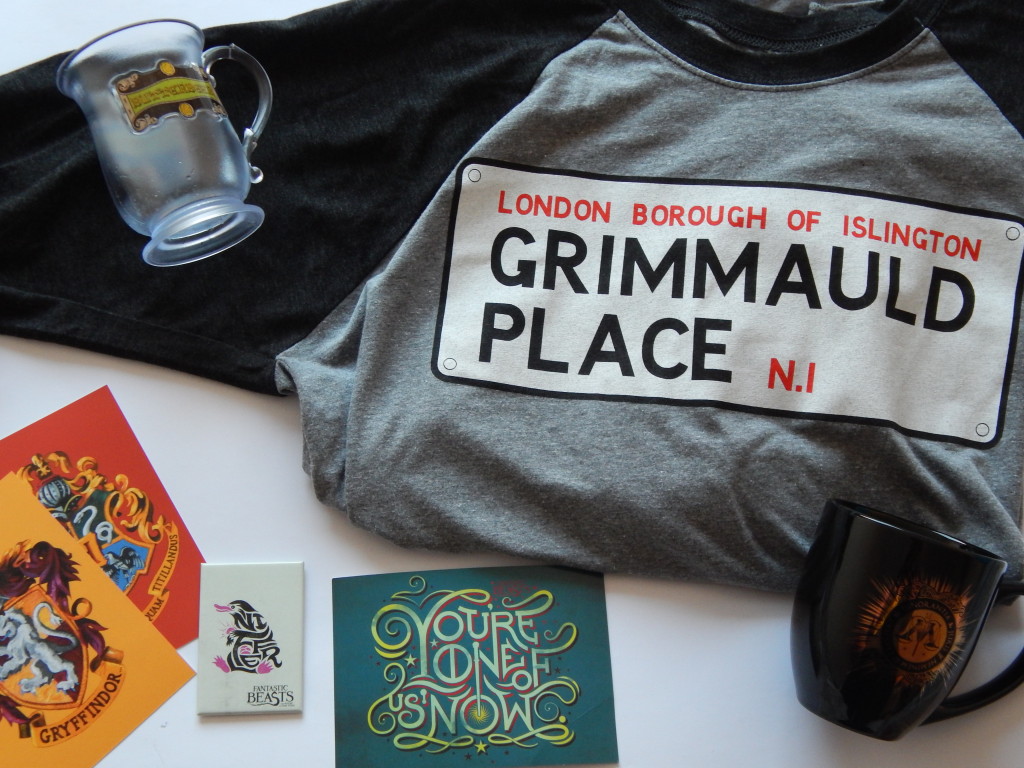 That’s right another haul! Luckily for my bank balance, I managed to have some restraint in the shop(s) at the Harry Potter studio tour. I had put aside a little money specifically for this purpose but I was very surprised that I managed to stay in budget (and with enough spare for a separate Harry Potter themed online shop when I got home and had post tour blues).

There are actually three shops in the studio tour so there is plenty of merch available. It ranges from the subtle to the downright OTT. Like, I love Harry Potter but some of it was a bit much even for me.

I do kind of wish that I had bought some robes  though.

A lot of it was really expensive as well and I was trying to be responsible so I bought way less than I could’ve or wanted to.

The biggest thing that I got is probably this awesome t-shirt. I’m not really a massive slogan tee person but I just loved this one. It has a really cool design and isn’t overly nerdy. I like that there’s a certain amount of subtlety to. You have to have at least watched or read some Harry Potter to get why Grimmauld Place is written on my t-shirt. It came in at a little under £30.

I then bought another mug. Yes another one. But this is MACUSA based. I also chose this one because it is quite subtle and doesn’t scream Harry Potter. It was around about the £10 mark, which seemed pretty standard for mugs by the looks of things. I think some of them crept closer to £15 for some of the more elaborate designs but if you are trying to budget, keep £10-£15 in mind. I technically bought two drinking vessels as I bought my Butterbeer in one of the souvenir cups. This was an expensive way of trying the drink as it takes the cost up to around £7 but I already knew that I was going to do it since I did the same when I was in Universal Studios in America! The ice-cream bowls didn’t look as cute however so I wasn’t too bothered about picking that up.

While I was in the platform 9 3/4 shop, I also picked up a lolly that I totally forgot to take a picture of. I haven’t eaten it and probably never will but I just loved it so much! It was only £3 so it seemed like a much better irrational buy than a chocolate frog which was £9. £9!

I bought a couple of smaller bits to wrap things up. First up was this Niffler magnet. I LOVE nifflers and already have a plush toy of one so when I saw this, I knew that I had to have it.

Finally, I picked up a couple of postcards to put up on my wall, which were about £1 each. I got the Gryffindor crest and the Hogwarts one too, as well as this adorable one from Fantastic Beasts that says ‘You’re one of us now’. I think these are going to look really cute when I put them up; I just need to find a place to put them now!

As I mentioned earlier, I did also buy some other Harry Potter things a few days after I got home to try and counteract the post-tour blues AND I got plenty of Harry Potter gifts for Christmas so if you would like to see some more of my collection, let me know.