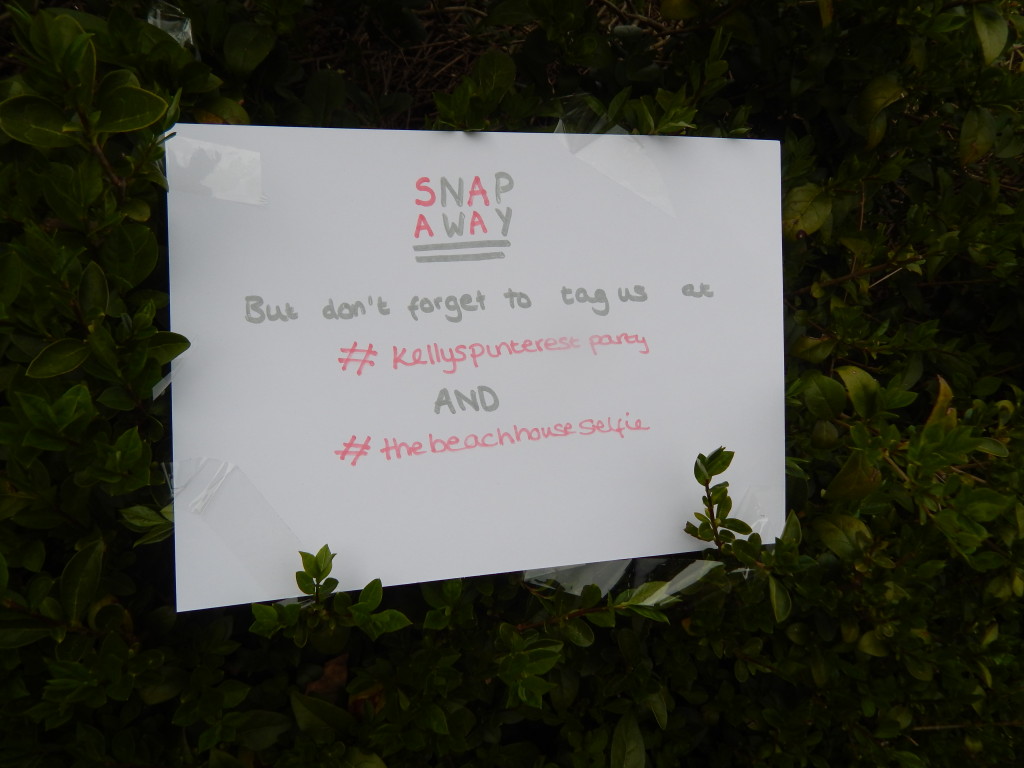 Sometimes I get really invested in party planning (for previous examples see here, here, or here). Usually a housemate is on hand to reign me in but when it came to throwing my own birthday bonanza, they did no such thing. I ran with that freedom, concocting a Pinterest Party. An excuse for my inner Martha Stewart to run wild, this pinterest party featured all the OTT things that I’d never managed to do before. Tissue pom-poms, painted wine bottles, miniature flower displays… it was great.

Praying that the weather would stay pleasant, we set up camp outside, with plenty of blankets and prosecco to get us through. 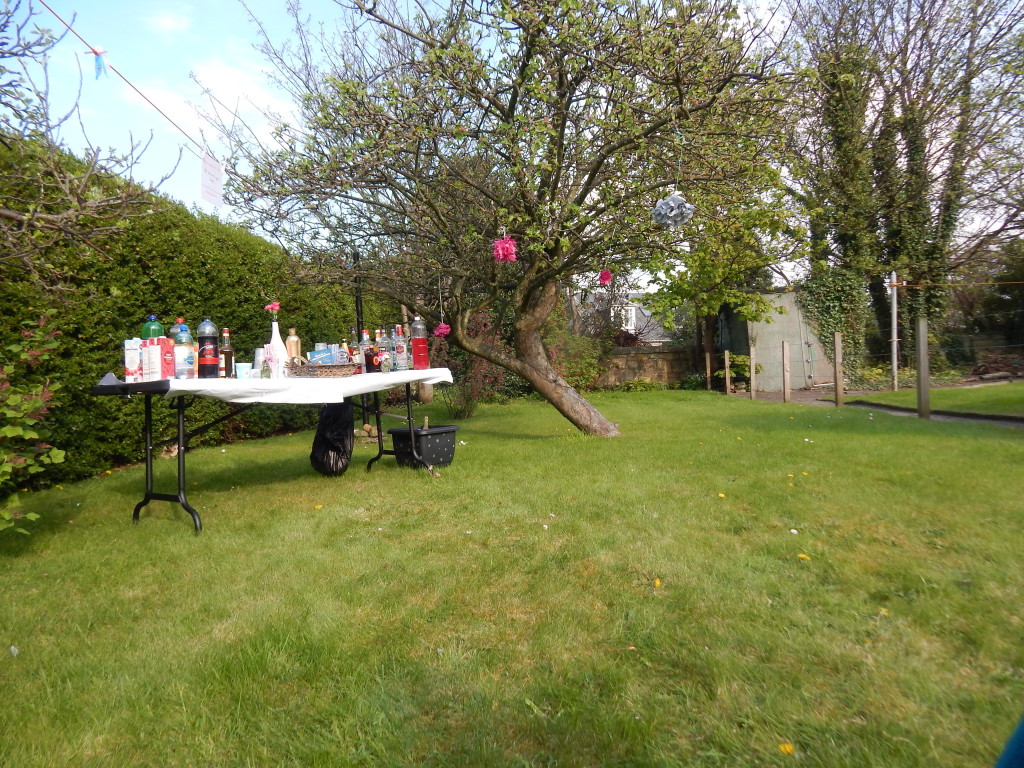 Hidden under our apple tree was the drinks station, complete with cute paper straws and a cocktail book for the adventurous (Tequila Mockingbird, if you were curious).

We set up camp a little closer to the house and set about the serious business of eating cake and drinking Prosecco. Of course, being closer to the house meant being closer to my selfie station, which contained lots of props for people to raise their selfie game. Little did I know that Rob, my housemate, was on a mission to make me improve on my own narcissistic photos by buying a selfie stick for my birthday. Hilarity ensued.

You don’t want to know how many selfies I found on my phone the next day.

The funny thing was that I was having so much fun that I barely took any photos so I’m so grateful that my phone and camera were passed around all day. If you snapped away, I want to thank you. There is no way I ever want to forget ANYTHING about my party. 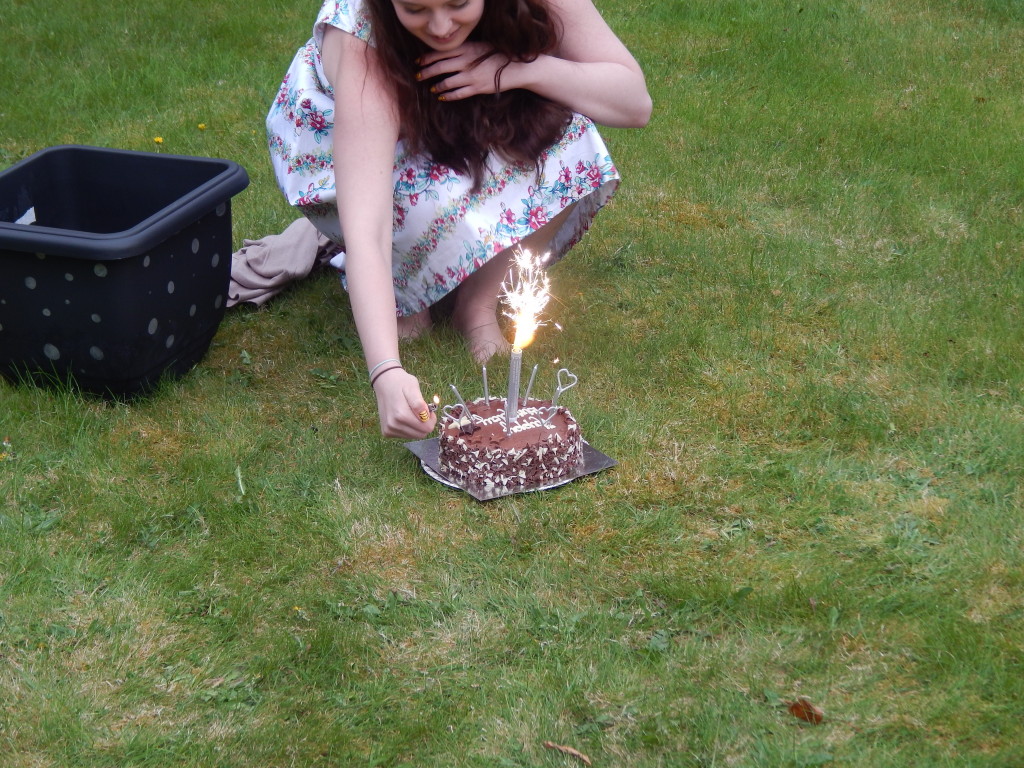 Soon enough, it was time for my birthday cake which ended up being a bit of a fire hazard. April got a little carried away when buying candles – we had to have two separate lighting attempts. 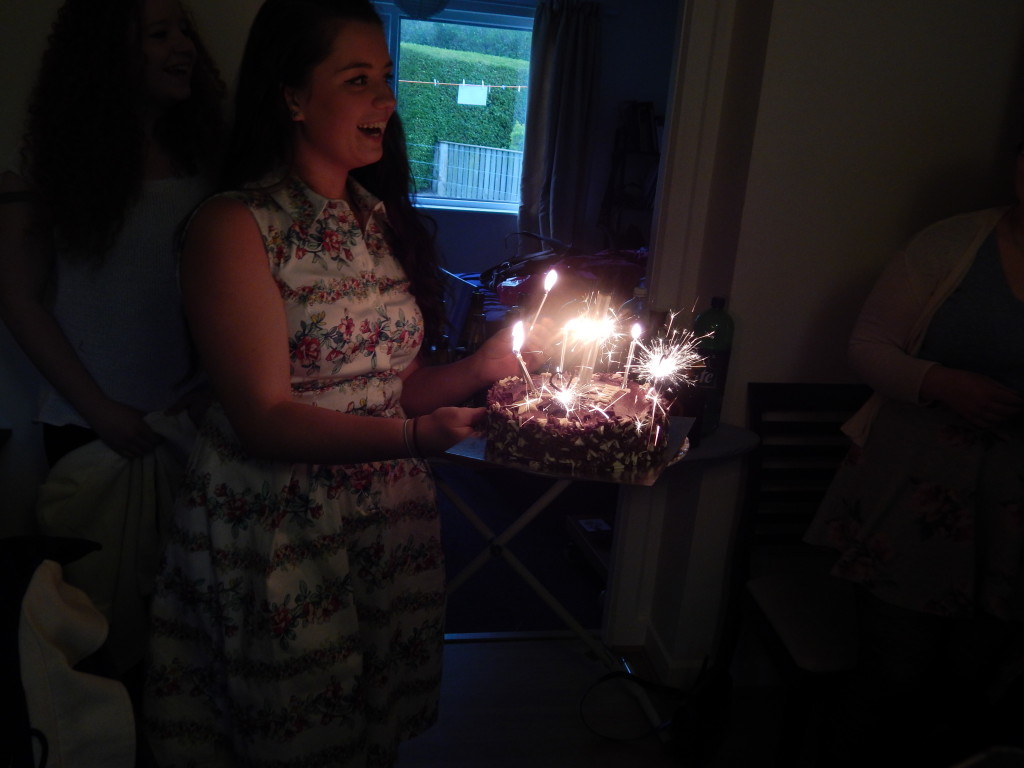 I just cowered from the flames for a while before I built up the courage to deal with it.

Then I just went ahead and got stuck in. We’d put together a dessert table inside the house, filled with cupcakes, fresh fruit and cheesecake. People had also brought their contributions meaning that we had an amazing amount of scrumptious cake to consume. It was a difficult challenge but we were up to it. 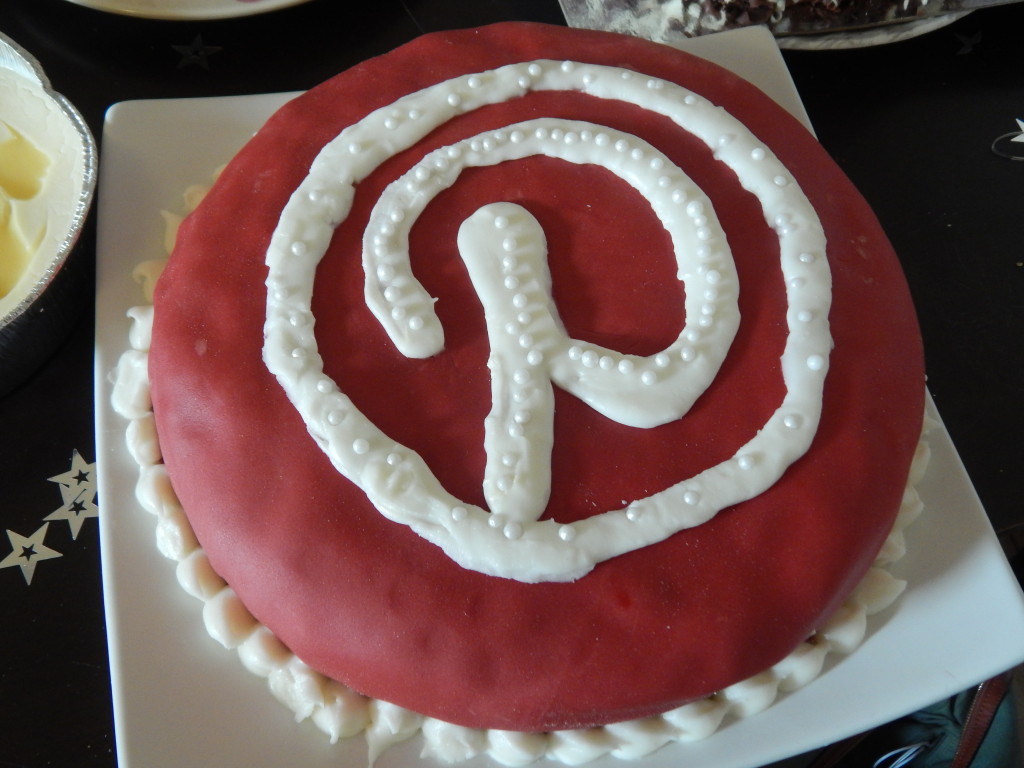 Special mention really must go to this amazing cake that Anna made. Not only did it look ah-maz-ing, it tasted pretty darn good too. 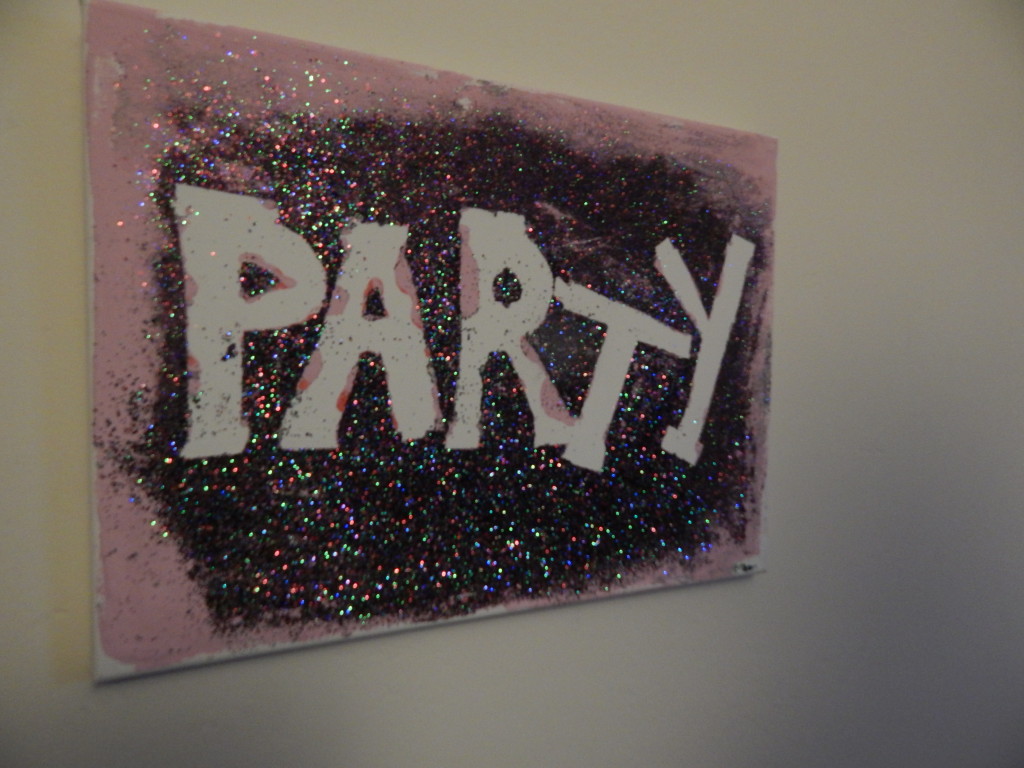 After cake, it was time to dance and chat into the night. Not a bad way to spend a birthday if I do say so myself.