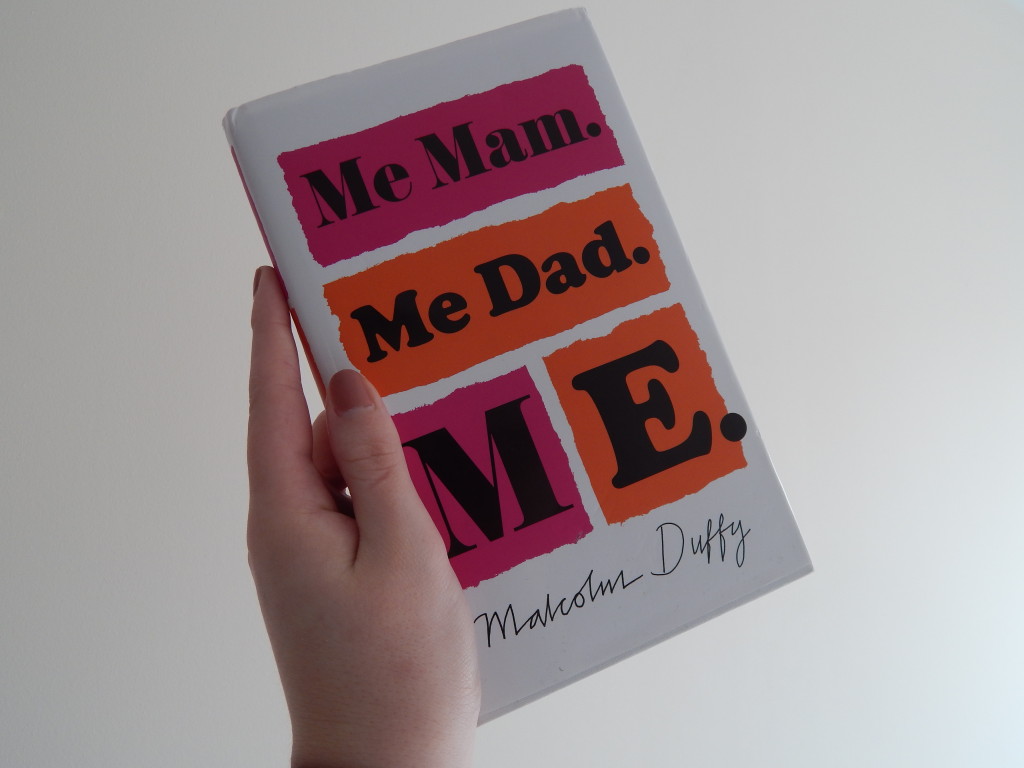 If you follow This Northern Gal on Twitter, you will have noticed that I recently read Me Mam. Me Dad. Me. I absolutely loved it (so much so that I was late to meet my friend for dinner because I had to finish it). It was heart-warming, heart-breaking and delightfully northern.

I was lucky enough to be sent the book by the PR, who also got in touch and asked if I wanted to help promote the author’s work. I said yes, and as a fellow northerner, I was really interested in finding out about Malcolm Duffy’s own thoughts on being northern, loving the north and life as a bairn. Today, I’m handing over This Northern Gal to Malcolm so he can talk to you about ‘The Geordie Connection’ – enjoy!

I was born in Newcastle General hospital. I think I weighed about seven pounds, but can’t be sure. My dad was an engineer. My mam was a housewife. Our family lived in a prefab in Blakelaw, on the outskirts of Newcastle. Prefabs were emergency accommodation, built to house families after the war (the Second World War that is). The prefabs were definitely built to last.

When I was eleven my dad got a job down in London. I remember my first day at school down south. I opened my mouth and a kid said, ‘he’s a Geordie.’ Believe it or not, I’d never been called this before. I went home that day and said – ‘mam, what’s a Geordie?’ She said ‘it’s what you are, son.’

Little did I know that years later my birthplace would provide me with the ammunition I needed to write Me Mam. Me Dad. Me. The idea for the book came about during my time at Comic Relief. I’d visited a project that helped women and children who’d suffered as a result of domestic violence. I decided that I wanted to write the story from the viewpoint of a young boy.

I decided to set the story on Tyneside. Although I’d moved away a long time ago, my family have all moved back there, and I visit the North East many times a year to see them, and watch eleven men in black and white stripes try and put a leather ball into a net. So every few months I get a refresher course in Geordie.

The Geordie dialect gave me the distinctive voice I was looking for. For those of you who aren’t Geordies, it’s a rich, and at times unusual dialect. A Geordie will use ‘marra’ for matter, as in ‘what’s the marra?’ A Geordie will also use ‘marra’ for friend. So you could find a Geordie saying- ‘what’s the marra, marra?’ I deliberately avoided this sentence in the book.

The way Geordies speak also helped the rhythm of the story. Danny’s clipped delivery adds drama. Someone might say- ‘are you going to the shops?’ A Geordie would more likely say- ‘gannin to the shops?’ Danny’s thoughts and words are short, sharp. There’s no messing about. This helped me tell the tale in a punchy, no-nonsense way. Geordies tend to get to the point quickly. Danny is no exception. He doesn’t beat about the bush. There is no flowery prose. He just wants answers. And quick.

The Geordie dialect also gave me a useful counterpoint when Danny goes to Edinburgh in search of his dad. After fourteen years, his dad has lost all trace of Geordie and  speaks with a Scots accent. This creates yet another barrier for Danny. Not only is his dad not what he expected, he speaks Scottish. Danny find himself in a strange city, where people talk differently to him. It adds to his fear and sense of alienation.

The Geordie dialect also allowed me to show the differences between Danny and other members of his family. His Aunty and Uncle live in Darras Hall, an upmarket estate near Newcastle. They don’t talk like him. It’s as though ‘the Geordie has been squeezed out of them.’ Again, it helped me create another barrier between Danny and his ‘posh relatives.’

I hope you enjoy Danny’s story. And if you struggle over the odd Geordie-ism a English-Geordie translator will help you out: www.whoohoo.co.uk/geordie-translator.asp

Thanks for a fantastic post Malcolm! If you haven’t already checked out Me Mam. Me Dad. Me. you really, really should.