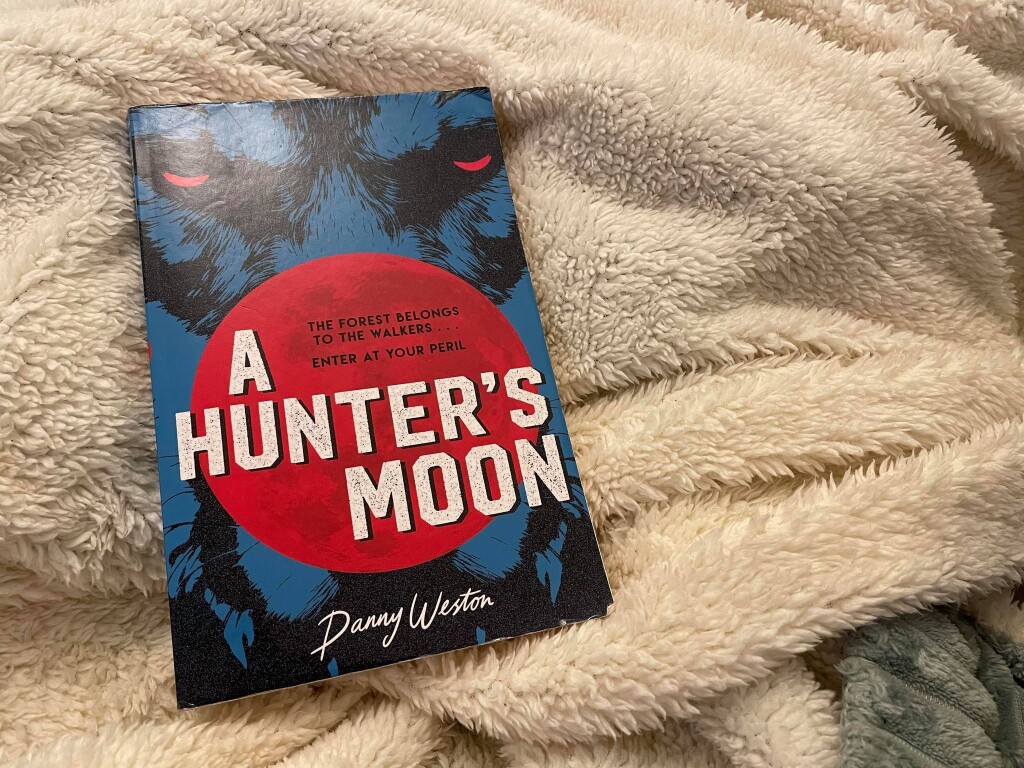 I received a copy of this book from the publishers in exchange for my honest review. This in no way affects my opinions. Thank you UClan Publishing for the gift!

I really like books that use local legends or folklore to inspire their writing so I jumped at the chance to review A Hunter’s Moon. Set in the Forest of Tay in the eighteenth century, A Hunter’s Moon is all about the dangers of ignoring such wisdom.

Fraser McCloud and his apprentice, Callum, are called to the forest to investigate a strange and terrifying beast which lurks deep within it. After a series of disappearances, the local folk are growing concerned. Some try to convince McCloud that it’s not just a wolf but one of the mysterious ‘Walkers in the Woods’ but Fraser discounts such claims as superstitious nonsense. From there, things only get worse…

The lore of this novel is definitely its strength. I loved the way Danny Weston wove this through A Hunter’s Moon and truly made it central. Without giving too much away, I liked the way it wasn’t just the walkers either, but a range of unusual creatures and legends. Personally, I would love to find out more about these creatures but I do appreciate how Weston managed to keep them mysterious. There was a lot to unpack here! What was explored in the story itself was fascinating however and definitely kept me reading.

I also really liked the character of Callum. Although young (and occasionally rash), he is a good counter balance to Fraser’s refusal to believe. More than that though, he is a good person who  wants to help the people in trouble. He is a great voice to lead the story, with his balance between belief in legend and the rational world.

I did find the story a little sanitised for my personal taste but please don’t take that as a criticism of the book as  a whole. I think it is just a sign that this meant for younger teenager readers! The fact that it is ‘sanitised’ means that I would quite comfortably recommend it to children and teenagers without the worry of anything too graphic. I think it would be perfect for those in secondary school as there is action, adventure and a healthy does of mystery.  If you know anyone that fits this category, please do pick it up for them!