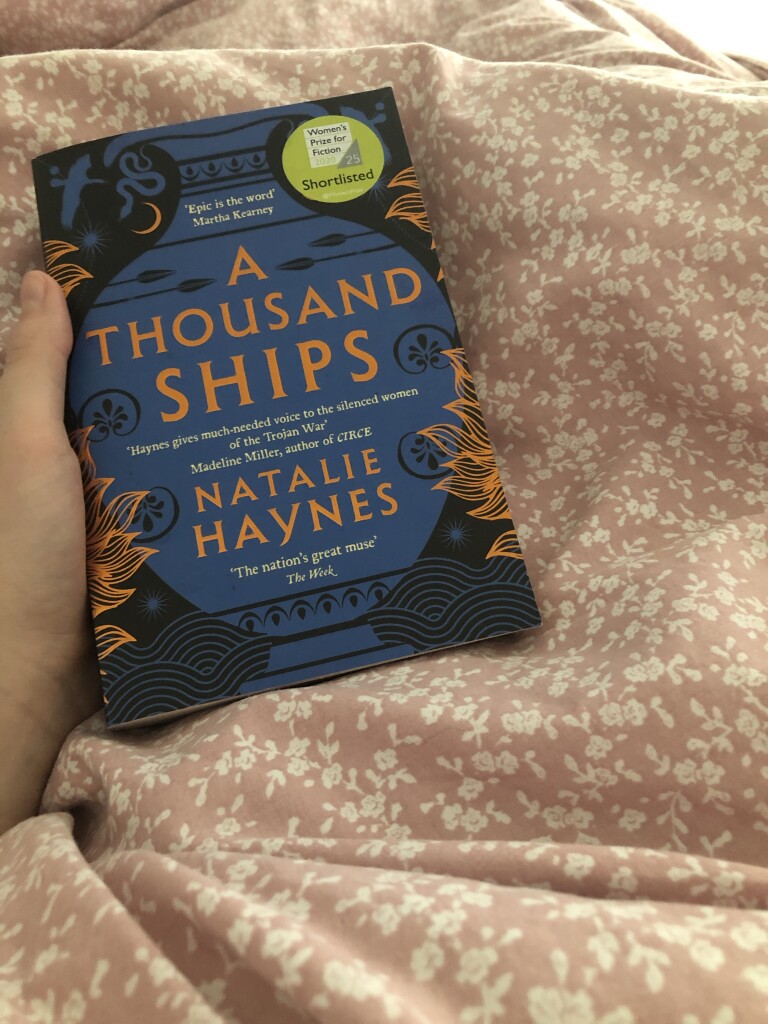 It’s no secret that I love classics (it’s part of my degree after all!) and when the mood strikes, I like to dive into a classical mythology inspired book. A mouthful to say perhaps, but a joy to read!

As such, I knew I had to read A Thousand Ships when I got the chance. Let me tell you now, I’m so glad I did.

In this retelling of the events of the Trojan War, the story is told from the perspectives of the women involved. From Creusa to Penelope to the goddesses themselves, Natalie Haynes shares the stories of the women who inspired or suffered from the war itself.

The host of perspectives is one of the most exciting parts of the book for me. I loved hearing from so many different women, though it does mean you have to really concentrate on who is telling each character. Many of the characters are very recognisable which helps but there’s also some lesser known names in there too. I loved hearing from Oenone and Eris, for example.

We also get chapters from Calliope, the muse, as she tries to get our mysterious writer to capture a wider variety of stories! Not only was she wonderfully sassy in doing so, it also added a brilliantly meta-layer on how stories are told. They were my favourite chapters because I loved seeing the ways in which she pushed the poet to look at the war in a new way.

This combination of characters serves to make an epic and potent story that truly moves characters and a reader through a plethora of emotions. I was truly captivated by how raw this felt at times and in awe of Haynes breathtaking ability to tell a new story from old sources. While there’s nothing new in A Thousand Ships, it feels fresh and relevant to a modern reader – a considerable feat.

If you like retellings, you must pick this up!