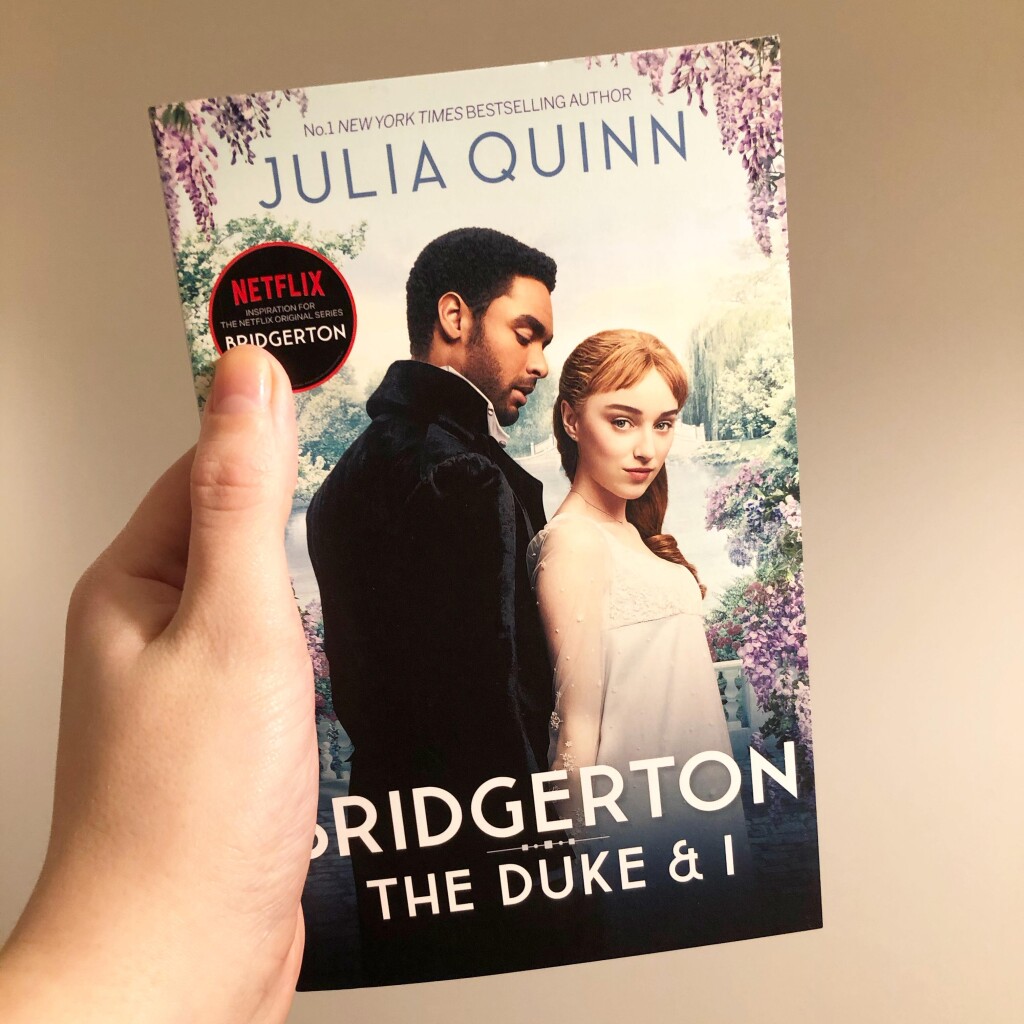 Like so many others, I binged Bridgerton while I was off work for Christmas and I LOVED it. Such a fun bit of escapism from everything that is going on.

As such, you can imagine my excitement when I realised that not only was it based on a book but that there were seven other books in the series. Now, I had to start somewhere so I picked up number one in the series: The Duke and I.

I’m not usually a massive romance reader but I was so swept up in this story. I already knew that I loved these characters which helped, of course, but I was still so invested in them. Reading both Daphne and Simon’s perspectives also gave so much more depth for their will they/ won’t they story line.

I think this is especially true when it comes to understanding Simon’s childhood. It broke my heart on the TV but was even worse in this! And it was so much clearer how much it was impacting and driving him as a character from earlier on.

The only thing I would say is THAT scene later on is so much murkier around consent that it made me really uncomfortable so it might be worth bearing that in mind. Now that I’ve read the book, I think the TV show did a better job of handling it. I won’t say anything here but if you want to discuss it, feel free to message me.

My final warning is far more light-hearted: be prepared for the rude scenes! If you’ve seen the show, they won’t surprise you but they’re certainly detailed…

Overall though, this is a fun, lighthearted read that would be perfect if you need a bit of escapism!