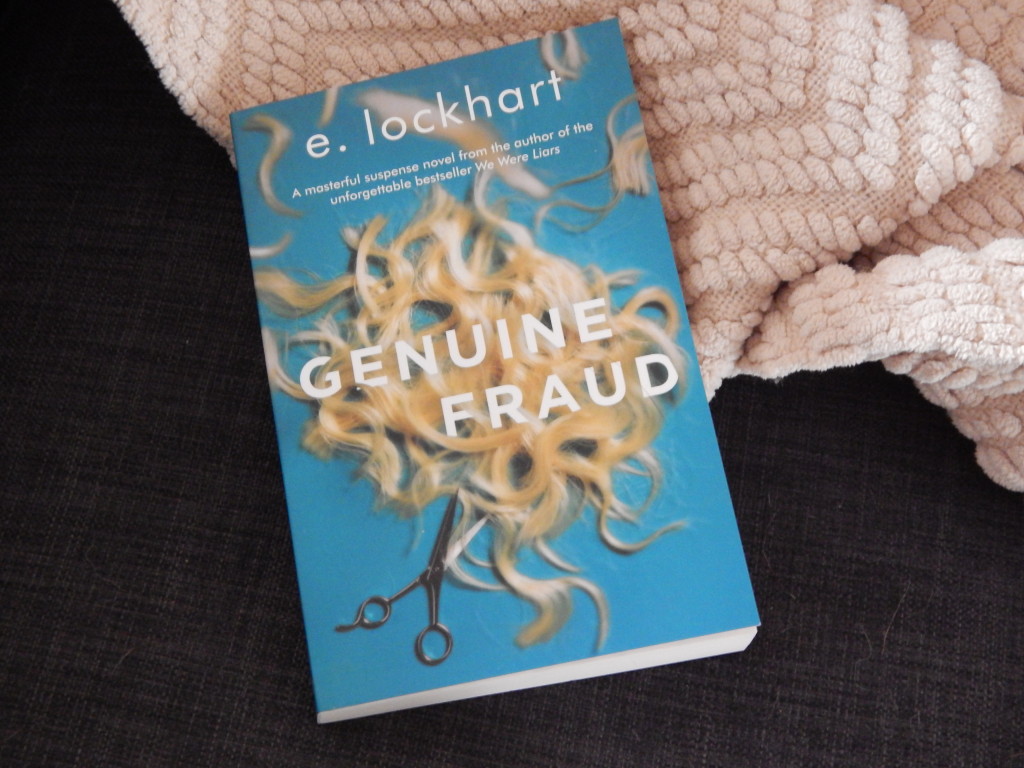 One of my fave things about book boxes is that it encourages me to read books that I wouldn’t usually pick up. It’s why I loved Far From The Tree and now I have another Wildest Dreams winner. Genuine Fraud is a thriller and was included in a special edition of the box (which I didn’t end up blogging about for some strange reason).

Genuine Fraud tells the story of Jule, a young woman who always finds a way to make it through, and her friend Imogen, who has enough money to help them both get away and start afresh. Saying anything more about the plot would be incredibly difficult to do without giving anything away so you will have to make do with a super short summary this time I’m afraid!

You see, this is a novel that is packed full of secrets. It thrives on them. This is a novel that never wants you to feel sure, to be complacent with the information you are given. Nothing within its pages should be taken at face value.

To ensure this, E. Lockhart uses an unusual narrative structure. While the beginning and end of the novel are the same scene, everything in between has been moving in reverse. Just when you think you might have figured things out, the next chapter is set two weeks previously and the one before that a month before and so on and so on. This can take a little getting used to but I actually really enjoyed it when I had my head around it! It makes the ending have an even greater impact and meant that I couldn’t stop racing through the pages to find out the truth. It did make it quite hard to empathise with the characters as it was difficult to get a firm grasp on who they were but I didn’t really mind that.

I even stayed up late on  a school night for it… I know!

One thought on “REVIEW: Genuine Fraud”