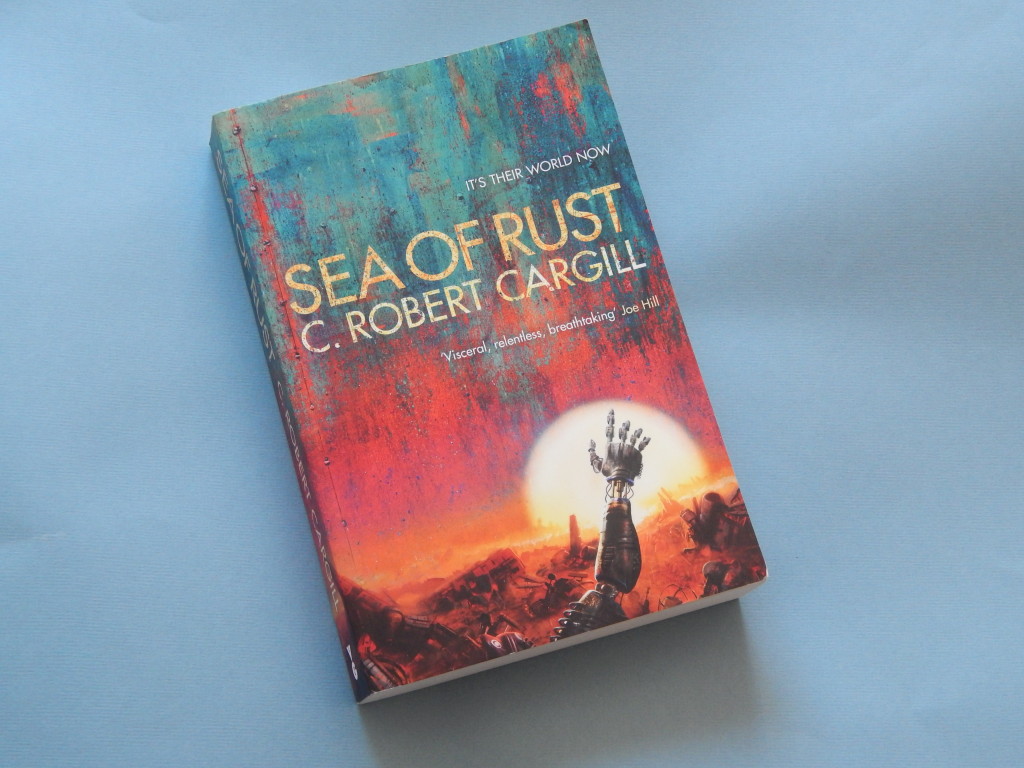 Ever since reading I, Robot, I’ve been enjoying more sci-fi books. When Gollancz told me they had a new robot based sci-fi, I eagerly asked for a review copy to see if it added more fuel to my enthusiasm. Sea of Rust* did just that.

Sea of Rust is set in a world where humanity is extinct. Instead the earth has been given to the robots, the victors of a vicious and deadly war. Their oasis didn’t stay long however and now they are fighting amongst themselves. For robots like Britt, that involves staying alive for long enough to escape the One World Intelligences who want all robots to live under their control.

When Britt takes a hit while out scavenging, she realises that she might not have as long as she thought. The parts she needs are rare but she’s willing to do anything to find them.

Britt is a difficult but fascinating character. Ultimately, this robot is a survivor but that doesn’t mean she’s a hero. She’ll do what she has to look after herself, at the expense of every in the way. Her character arc throughout the book was one of my favourite parts about Sea of Rust. As you may well know, I love flawed and troubling characters and Britt was right there with them.

The real merit of this book however was the imaginative way that C. Robert Cargill created the world the book inhabits. Though Sea of Rust picks up after the war that wiped out humanity, I could still feel the tension and the trauma from it as I read on. I could envisage just how the society we had known had fallen apart to leave the mess the robots live in. I saw how the technology had changed, how the robots had become something more than humans could ever imagine and how their new society was struggling. It was brilliantly crafted. I’m now desperate to read some more by this writer and absorb their wonderful talent!

If you’re looking for a fast-paced and punchy sci-fi with a surprising amount of soul, pick up Sea of Rust. Trust me.