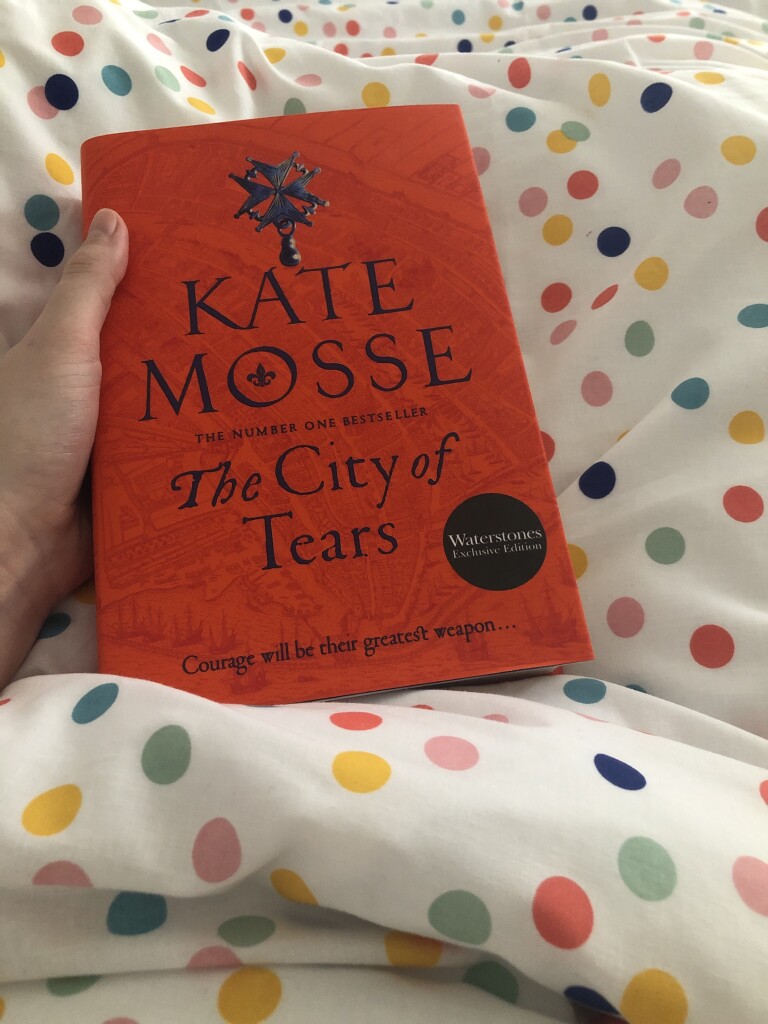 Is this set up looking familiar?

It should because this post is a part two to my review for The Burning Chambers as it is a review for the sequel, The City of Tears. I toyed with combining the reviews because I read them back to back but I decided to separate them so people could avoid spoilers if they wanted to.

So consider this your warning: this review will contain spoilers for The Burning Chambers. If you don’t want to read them, don’t read on! You have been warned…

The City of Tears jumps forward quite a few years. While still set in the 16th century, the events of this book take part in 1572, after the conflict in The Burning Chambers escalated into the Wars of Religion. An end is in sight however, with a royal wedding being planned to form an alliance between the Catholics and the Huguenots.

Minou, now happily married and with children of her own, is invited to the wedding and travel to Paris. While there, she realised that the danger she avoided in The Burning Chambers have just been lying in wait. Their enemies have survived and are looking for revenge

Devastation follows for Minou and her family. As a reader, you could really sense how much the tension had been brought up a notch. There were definitely thrilling elements in The Burning Chambers but not to this level. It was breathtaking in the risks it takes and the worryingly believable horrors that it puts the characters through. After becoming so invested in them in book one, I was horrified by what happened to them…

The scope of the novel has also massively increased and we meet a host of new characters and see the complications of the conflict beyond France itself. I loved the chapters which were set in Amsterdam, especially as Mosse could write just as vividly about this second location. Her talent for bringing historical locations to life is shown once again in The City of Tears.

I honestly cannot wait to see what happens next in the series and how she ramps things up again! I’m not sure how much more heartbreak me – or these characters – can cope with!

If you are looking for a vivid and epic historical series, you need to check this out for yourself!