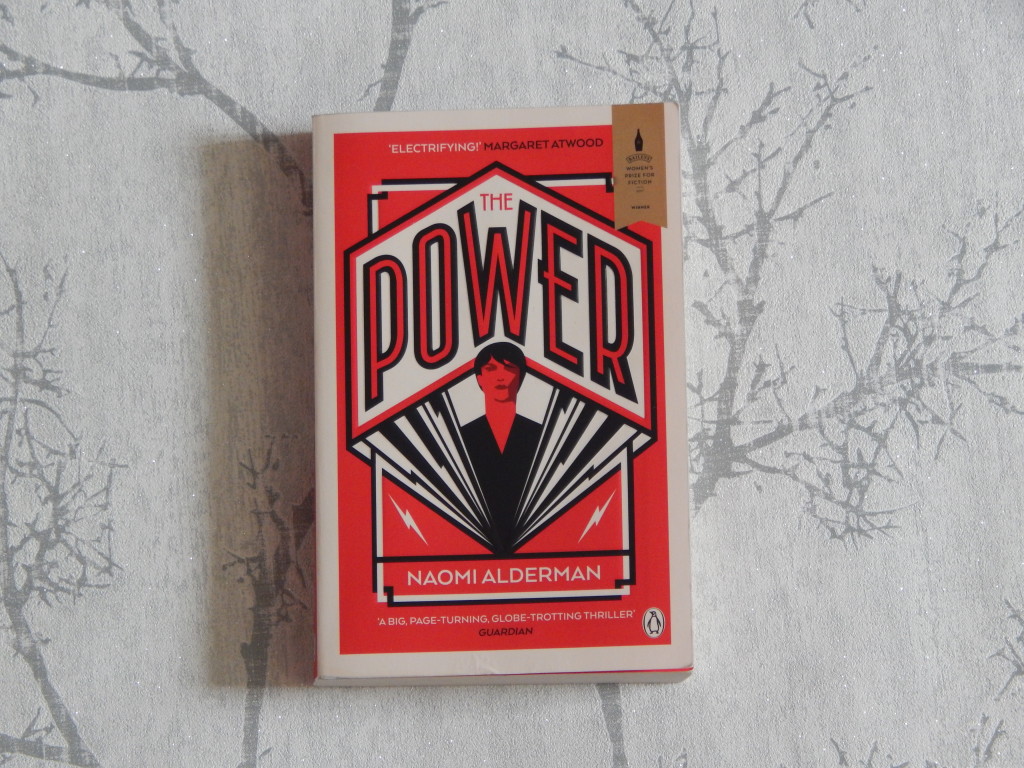 The Power has been on my radar for a while. It’s often  marketed as a must for Atwood fans and, as I’m sure you are aware, I do enjoy books written by Margaret Atwood. For ages however, I just wasn’t in the right mood for it and so it sat neglected on my TBR for an embarrassingly long time.

I packed it in my suitcase when we headed to Norway and finally got the chance to read it when we spent the day at sea during the cruise. While it was a little slow to start, it was certainly deserving of a little extra attention. My patience (and the fact that we had little else to do that day) meant that I gave it a little more of a chance than I usually would. Once I got into it, I quickly devoured it, desperate to uncover its secrets.

For those of you that don’t know much about it, I’ll quickly summarise it. Around the world, young girls discover a new power contained in their fingertips, which is enchanting and dangerous all at once. More women discover this ability until eventually the world has to stabilise around a new status quo. The Power details the ways in which the global community struggles to adjust to the new way of life.

The Power is an intriguing speculation about any number of things, though it definitely focuses on gender, politics and the potentially innate violence in human nature. It was certainly thought inspiring.

While that might sound a little heavy for fiction, this book is entertaining and at times downright funny. It is, if you don’t mind the pun, electric. As I said, I quickly gobbled it up as I found the plot intriguing and was keen to see what would unfold in the next chapter and the next.

This appeal is only heightened by a complex cast of characters. The Power is told from multiple perspectives and each of these characters is vibrant and complicated in the messy way that all of the best literary creations are. I was egging them on, scolding them and deeply invested in how the changes in the world would affect them. They were one of my favourite things about the book.

The best part? I loved the framing letters and the hints to the past, particularly the ‘Bitten Fruit’ motif. It really took The Power to the next level and gave me plenty to think about when I closed the book at last.

P.S You can find a copy of the book here (this is an affiliate link).