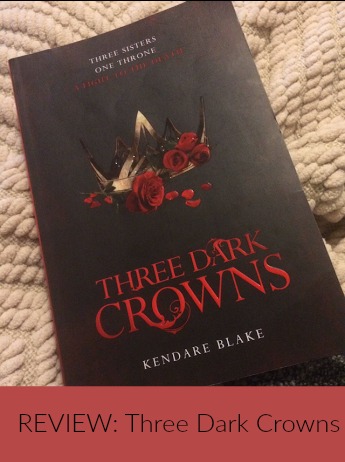 I had seen so much hype about this book in the book blogging community that I was worried it wouldn’t live up to it. It did. 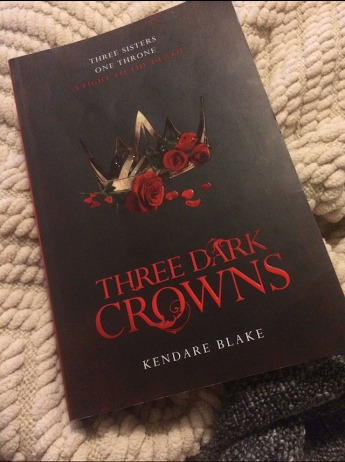 I’ve been loving YA fantasy recently so when Three Dark Crowns (affiliate link^) kept cropping up everywhere, I decided to give it a shot. I found this a surprisingly novel idea, especially in a genre that’s come under fire for being more than a little repetitive in some of its tropes.

Three Dark Crowns is set on a mysterious island, run by a queen. However, for this queen to ascend to her throne she must kill her two sisters. As such, whenever royal triplets are born they are each sent to a faction who train them for the necessary deaths. Whether elemental, poisoner or naturalist, the queens must gain control of their magical abilities and fight their way to the throne. This time however, the queens don’t seem to be as strong as usual, or at least two of them don’t. Perhaps then, the naturalist queen will get the crown easily and the poisoner’s power will finally wane.

My favourite part about the novel was the way the chapters switched between the three sisters and we were able to learn a little bit more about them as we went. I also loved finding out about the different kinds of magic in the universe, which is something that I hope will be explored further in any sequels. I have a lot of questions about how it all works that I would like to be answered! I would also like to find out a little more about the history of the island so I’m keeping my fingers crossed for some new works soon!

Ultimately though this was a novel that kept me on my toes and had me dreading the ending, as I didn’t know which sister I wanted to win. I was kind of hoping that there was a way that all three of them could be queen, though I knew that was impossible. I don’t know what I’m going to do when only one of them makes it to the throne!