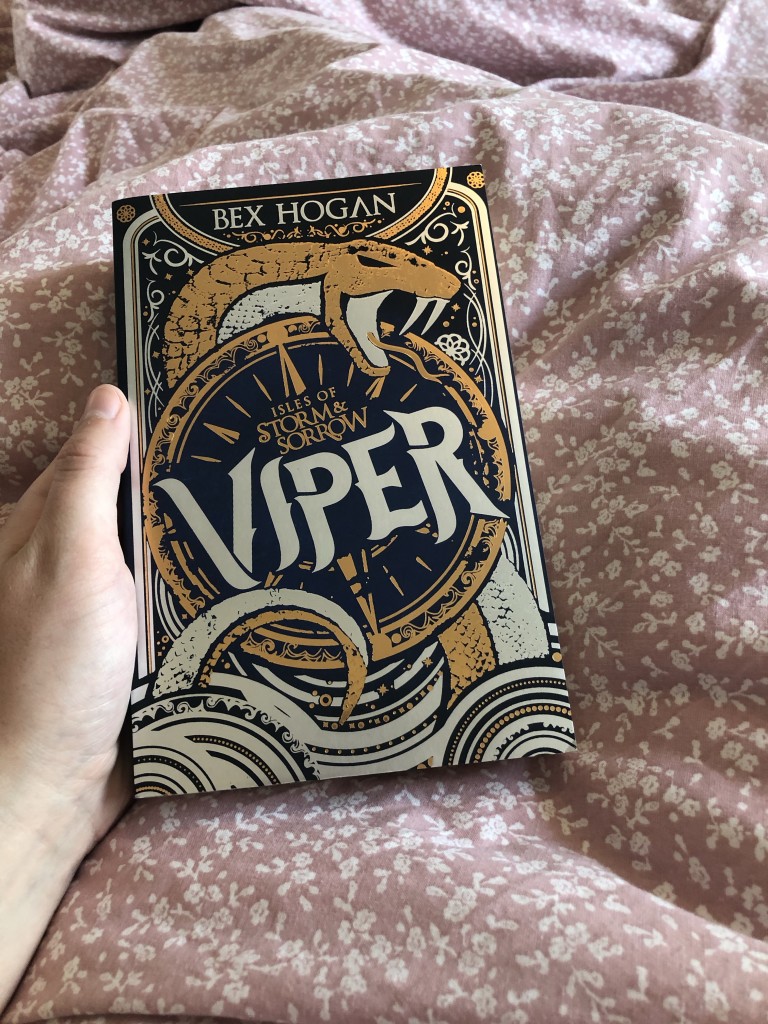 This book. THIS BOOK.

If my last read was long and complicated, Viper was the perfect antidote. I devoured it in 24 hours because I just couldn’t put it down. I spent most of yesterday reading it (and messaging poor Steph with my exciting thoughts) and have ordered the second one so that I can read that too!

This is the story of Marianne, the heir of the Viper, a feared pirate assassin and the defender of the island kingdom she calls home. The only problem? Her father is not a good man and Marianne is desperate to avoiding ending up just like him. She wants to protect people, not murder them. I daren’t say anything more in case I give something away because you want to experience these twists and turns for yourself. They are phenomenal.

As such, Viper is about Marianne trying to find a life for herself outside of the bloody path that her father has set out for herself. She is tested again and again. It’s her response to these tests that make me love her character SO much. From those early chapters, I knew I was Team Marianne and I am desperate to see where her story will take her next in book two.

This is fast paced escapism at its finest. It’s an adventure fantasy that moves with a dizzying speed as the world constantly expands as the main character moves through it. The island setting is magical and mysterious all at once, with the author moving us through it with considerable skill. It is clear that she has built a rich world with many secrets left to be discovered.

Oh and pirate assassins? That might be my new favourite thing ever.

It makes the story brutal and action packed all at once, which I absolutely loved. The characters that the author has built are captivating and I can’t wait to see what happens to them in the sequel.

This book is very much hyped at the moment and I can see why. I’ll be joining the ranks who are shouting from the rooftops about Viper quite happily.