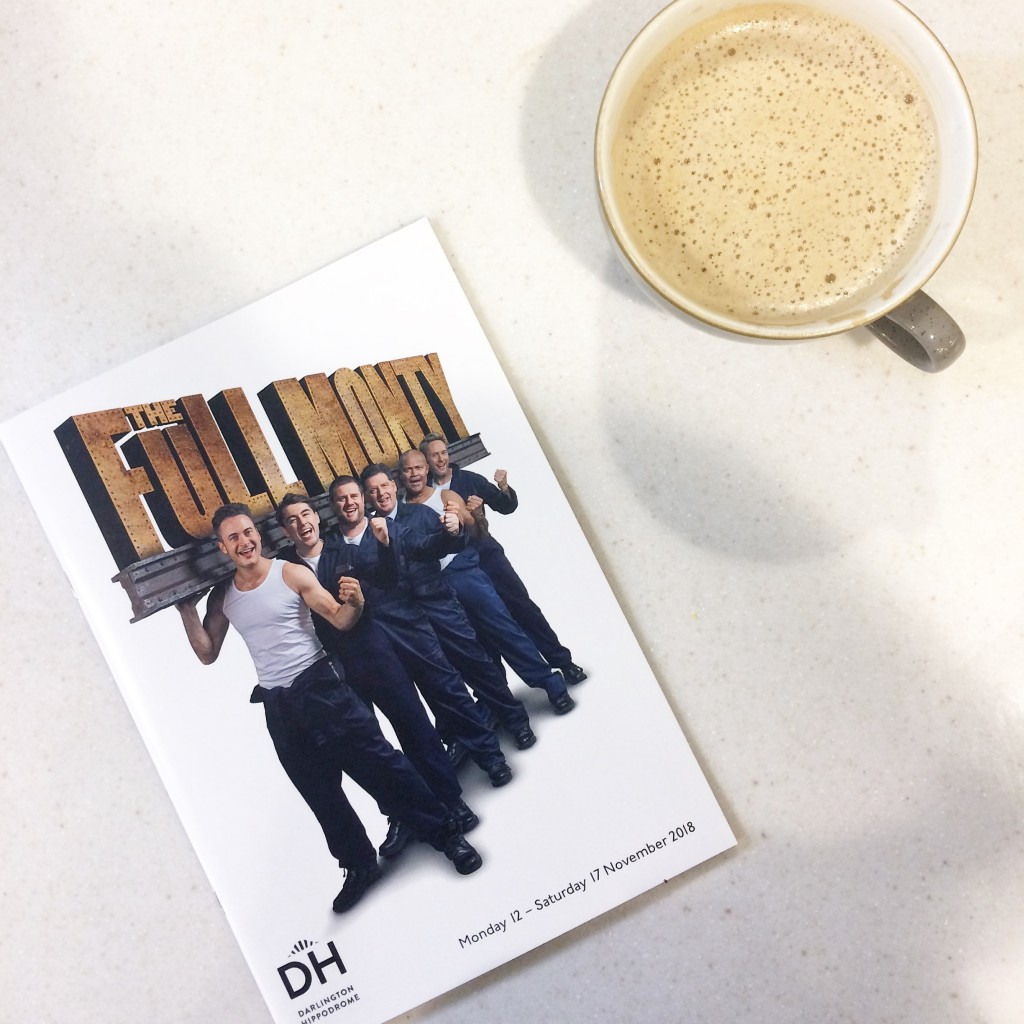 In quite possibly the most risqué review I have ever posted on This Northern Gal, it’s time to talk about The Full Monty.

I was lucky enough to be invited along by the team at The Darlington Hippodrome to view the opening night of the “chuffing good” show. Now, I haven’t seen the film but when I mentioned to my friends that The Full Monty was coming to Darlington, they all shouted at me that I HAD to see it. They tend to have pretty good taste so I took a second look at the press release and signed myself up. As always, my friends are very good at recommendations and I found myself in the stalls in one of the funniest shows that I have seen for a while.

The Full Monty is the story of laid off steel workers who find themselves short of cash. Their solution? Stripping.

Gaz and his cobbled together crew decide to wow the people of Sheffield with their dancing and … bodies. What follows is a hilarious, crude and downright brilliant show that had me wiping tears from my eyes. Like The Rock of Ages, I found myself cackling along with the audience as humour resonated through the hippodrome.

The part of Gaz was played brilliantly by Gary Lucy, who you may recognise from Eastenders, The Bill or Hollyoaks. His comedic timing was impeccable and perfectly in sync with the audience. Between Gary Lucy and Kai Owen, who played Gaz’s best friend Dave, I found myself laughing most of the way through the show. When I wasn’t laughing, it was because the show was so genuinely emotional that I felt my heart break. This is, in the simplest of terms, a sincere and heart warming show. It is of little surprise to me that this famous plot has become such an award winning play.

In fact, I was so taken by The Full Monty that I’ve already text my friends to see if they fancy seeing it later in the week. Since it was their recommendation, I sincerely hope they take me up on the offer.

P.S I was gifted two tickets to this show by Darlington Hippodrome but enthusiasm is entirely my own.