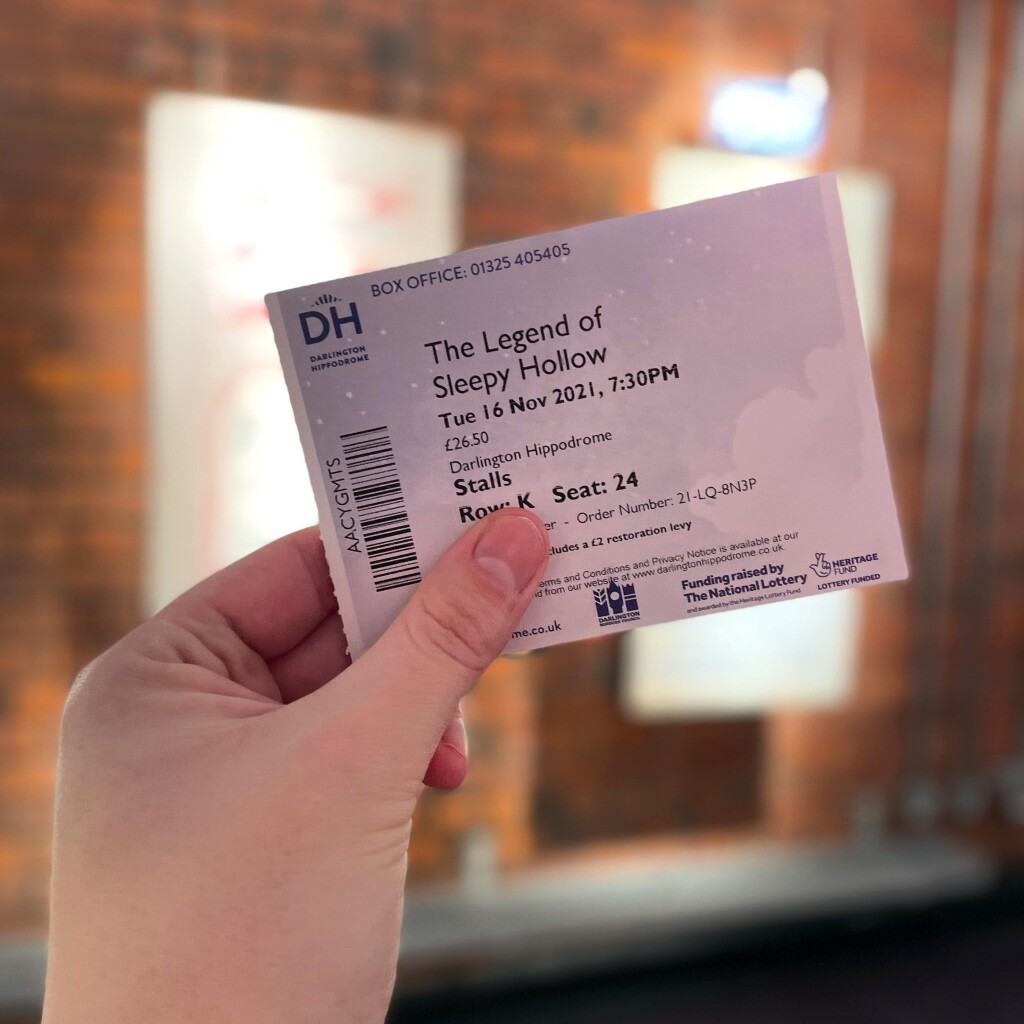 Guys, we’re finally allowed in the theatres again! Isn’t it wonderful? It’s been a delight to see the Hippodrome thriving again. I’ve been back for a couple of events now and I have to say it feels brilliantly handled in so much as it is simultaneously safe and welcoming.

Most recently, I decided to pick up two tickets to see The Legend of Sleepy Hollow. You guys know how much I love the Gothic genre and I was so excited to see this show for the longest time. And let me tell you, it was worth the hype.

For those of you that don’t know, The Legend of Sleepy Hollow is the story of Ichabod Crane. He arrives in Sleepy Hollow, a hamlet in America that is reknowned for its hauntings and strange traditions. This come to a terrifying head when the locals begin telling their infamous tales, the worst of which being the headless horseman. It’s a story that most of us know (or at least know of) but the team at Tilted Wig productions still did a great job of bringing new life to this old story.

Speaking of the stage, the set in this production was truly brilliant. Static, it had to serve as a lot of locations but did so brilliantly. The designer also really packed the set with some clever clues and symbols for the story. Plus, with the effects that the production team managed to pull off, it was a completely and wonderfully terrifying experience. I couldn’t stop jumping but I still loved it. It was a real comprehensive and cohesive effort from the team at Tilted Wig productions to make sure that every detail was thought of.

All in all, this is definitely one to see. It is on at the Hippodrome until this Saturday so there’s still a few more opportunities to see it – I would highly recommend that you do.

P.S I have worked with the Hippodrome previously but I paid for these tickets myself.